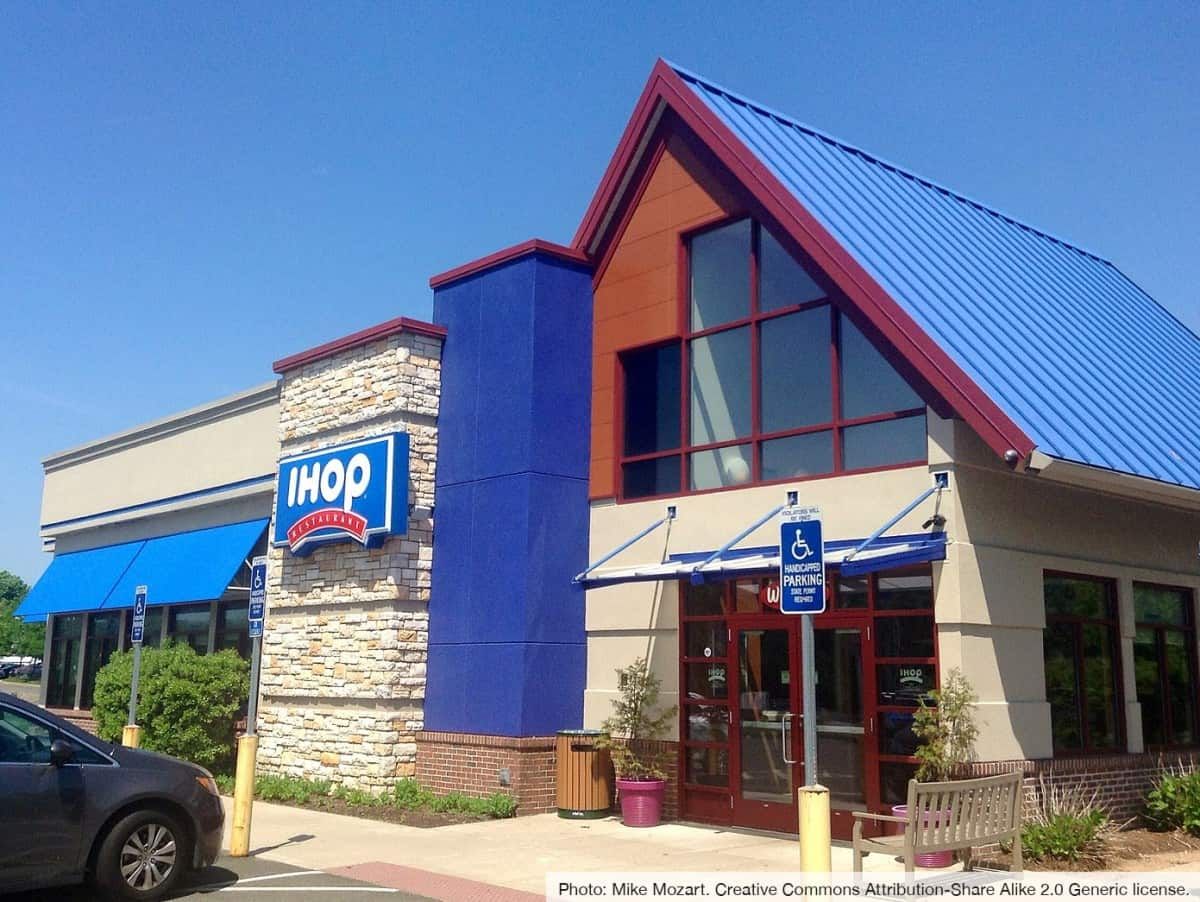 It may feel like your dreams have been crushed when you find out that IHOP doesn’t have vegan pancakes… But take heart. There are actually still plenty of vegan options left for us to enjoy. Including avocado toast!

Below, I’ll share my tips on how to order these items vegan. I’ll also share which menu items are surprisingly NOT vegan! I’ll answer some common questions, and I’ll end with a list of whole-food plant-based (WFPB) options—in case you’re avoiding processed food, too!

This vegan menu was compiled with the help of the allergen checker on the IHOP website. I also consulted some posts by other vegan bloggers.

Restaurant menus change frequently and may vary by location. I recommend double checking any important information with staff at your local IHOP.

See the Toppings you can add below. Of particular interest might be the Sauteed Pepper & Onions, Avocado, or Salsa. There’s also ketchup on the table you can use.

Here’s another fried potato product, very similar to the hash browns—but packed into little pancakes. A fun side!

Again, see the toppings list for ideas on how to dress it up.

3. Grits or Oatmeal (Ask About Dairy)

The Grits are fully vegan! The Oatmeal is possibly not vegan—according to IHOP’s website, it has milk. However, if you’d prefer oatmeal to grits, then I’d check at your location to see whether it’s made with milk or water.

I say that because, more often than not, oatmeal at restaurants is made with water. Plus, some of the vegans I know say they’ve definitely gotten IHOP’s oatmeal before.

For the grits or the oatmeal, it may be best to just ask and double check that they’re dairy-free.

Pro tip: Get the fresh fruit side, and add your fruit to your grits or oatmeal.

I love when chain restaurants have baked potatoes. It’s actually a whole-food vegan option, not fried in oil. You can get some Sauteed Veggies or even some steamed broccoli to go with it!

Note: You may want to specify that you do NOT want any added butter, sour cream, cheese, or other non-vegan toppings. I don’t believe they come standard with it—but this may vary by location.

6. Bread or Toast (Sourdough Only)

The Sourdough bread and toast are vegan, as long as you order without butter! Unfortunately, the Rye, Wheatberry, White, and Whole Wheat breads are all listed as containing milk and eggs.

This is an exciting one for me. I love avocado toast!

Take note that it comes standard with buttered Sourdough bread, so you need to ask for it without butter. But the other ingredients are all vegan:

Another big win. There’s a vegan soup at IHOP! Minestrone soup is an interesting menu item, too, because at some restaurants it’s vegan, and at other restaurants, it’s not:

And here at IHOP, the minestrone soup IS vegan!

This is one of the healthiest menu items. Just steamed broccoli. Make sure to ask that yours doesn’t include any butter. (It shouldn’t—but some locations may do things differently.)

These sauteed veggies can be added to a bunch of the potato/bread dishes above to really help them sparkle, and pack some extra nutrition, as well:

You may see this menu item. Again, pasta is not what we often associated with IHOP. But they do often have this as a side.

Take note that the marinara sauce likely contains cheese. (The allergen checker on the IHOP website said it does.) So you may want to ask staff about that, and get it without marinara sauce if so.

The tortillas are vegan and can potentially be used in combination with some other menu items. You’d probably want to add some Sauteed Veggies, greens, or avocado. Heck, throw in some hash browns for a sort of breakfast burrito/taco!

The House Salad is totally vegan—just choose one of the dressings from the list below. You can also get the “Citrus Chicken Pecan Salad” without chicken, and then it’s vegan, too.

This is just going to be a fruit bowl of fresh seasonal fruit. Typically it might have some melon, grapes, strawberries—but it’s going to vary.

You can creatively load up your potatoes, hash browns, toast, and other items with some of these vegan toppings.

Also take note that these sneaky toppings are NOT vegan:

There are plenty of vegan beverages to choose from, starting with juices:

Here are the coffee and hot tea options:

Here are the soft drinks and sweet teas:

And they also have a special drink called IHOP Splashers that are vegan:

Here are some of the menu items you might hope would be vegan—but they’re not:

IHOP Pancakes are not vegan. All pancakes, waffles, french toast, and crepes at IHOP contain milk and egg ingredients. However, this may be changing in the future.

In 2019, there was a petition for IHOP to add vegan pancakes to their menu, and it garnered over 20,000 signatures. IHOP responded by saying that plant-based options are “something we are closely looking into.” (source)

So that gives us some hope… we may have vegan IHOP pancakes in the future! That’s a lot better than we can say for restaurants like Arby’s, which has promised they’ll never sell a vegan burger.

Does IHOP Have a Veggie Burger?

IHOP does not have a veggie burger. They don’t have vegan sausage or veggie bacon, either. Hopefully in the future, they follow the example of Carl’s Jr., Dunkin’ Donuts, and other restaurants by adding Beyond Meat or similar products.

What if you’re a whole-food vegan? What’s remaining on the menu for someone trying to eat a whole-food plant-based (WFPB) meal at IHOP?

As you can see, this is way more options than a lot of places. Compare it to Waffle House, for example. Waffle House doesn’t have a baked potato or broccoli. They don’t even have fresh fruit or avocado to add (at least they didn’t when I went).

If you’re more flexible—not eating strict WFPB—you could maybe include the items below and still feel like you had a healthy meal. But these are not fully WFPB: