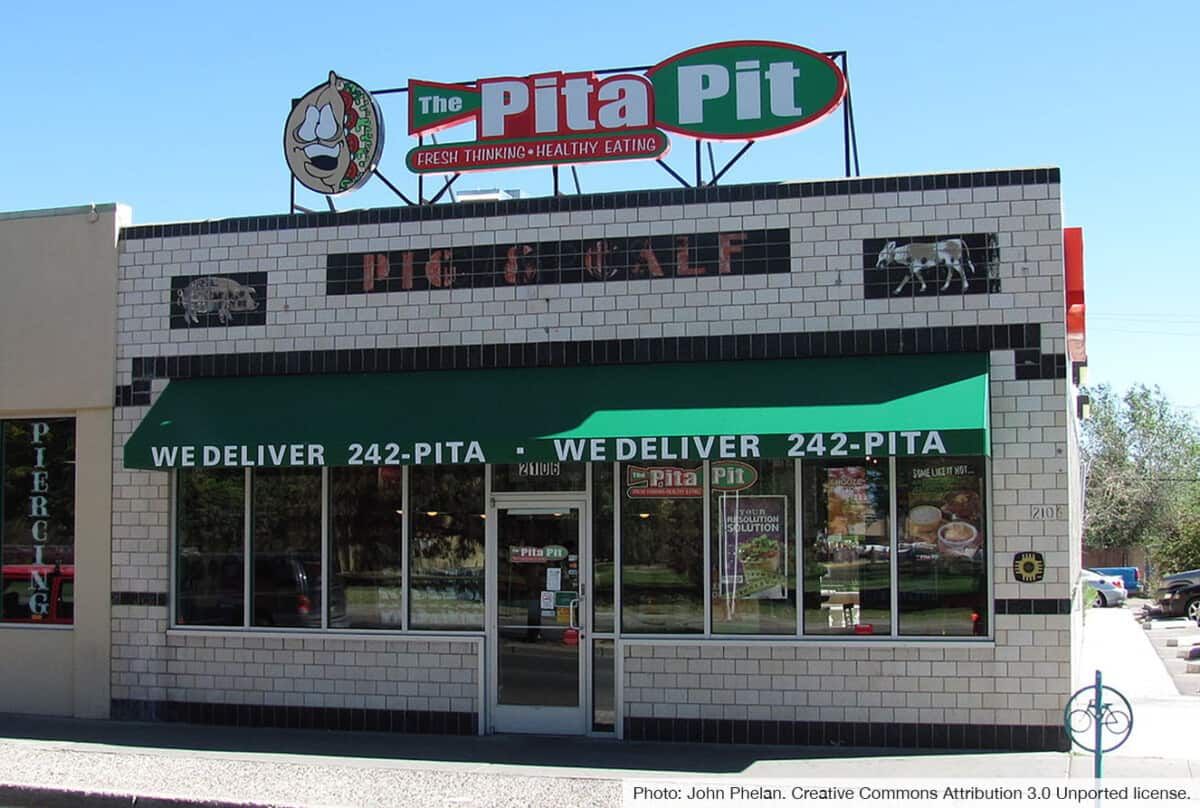 Pita Pit is a great place to grab lunch as a vegan. They actually have multiple vegan protein options, and you can custom-build your pita how you want it. As a vegan of 14 years, Pita Pit gets my seal of approval.

More detail on all this below. I’ll also cover some common questions like whether Pita Pit’s Secret Sauce is vegan!

I’ll end with a whole-food plant-based guide to Pita Pit, in case you’re avoiding processed and fried foods, too!

To build this vegan menu, I went through allergen menu on Pita Pit’s website, which actually includes a checkmark for vegan choices. Then I followed up with Pita Pit with some extra questions.

So the following menu is solidly vetted as vegan. That said, it never hurts to ask the staff at your location for any details you need help with.

1. Build Your Own Pita

Pita Pit even has a vegan soup option! Not all locations will have the soups available, however.

Note: The Minestrone Soup is not vegan—it contains milk and eggs.

Most Pita Pit locations will have some fresh fruit you can grab, too:

This is a section I often include in my restaurant guides to address foods that appear vegan but actually aren’t. There aren’t too many deceptive ingredients at Pita Pit, however. Just a couple:

Pita Pit Secret Sauce is vegan, as confirmed by the allergen menu on their website. It contains no animal-derived ingredients.

What if you’re not just trying to eat vegan at Pita Pit but whole-food plant-based (WFPB) entirely? Can you avoid all processed sugar, oil, and white flour, and still get a full meal?

If you count the wheat pita as WFPB—which, it may not be entirely, as it probably has some white flour in it—then you could make a pita full of veggies. Make sure you don’t add a sugar-rich sauce.

You’d want to take advantage of the fresh fruit, maybe even grabbing multiple pieces. The Garden Vegetable Soup likely contains some oil, but you could ask about that and make the decision depending on how strict you’re trying to be.

It’d be hard to be 100% WFPB at Pita Pit—but you can get a full, healthy vegan meal, that’s for sure.