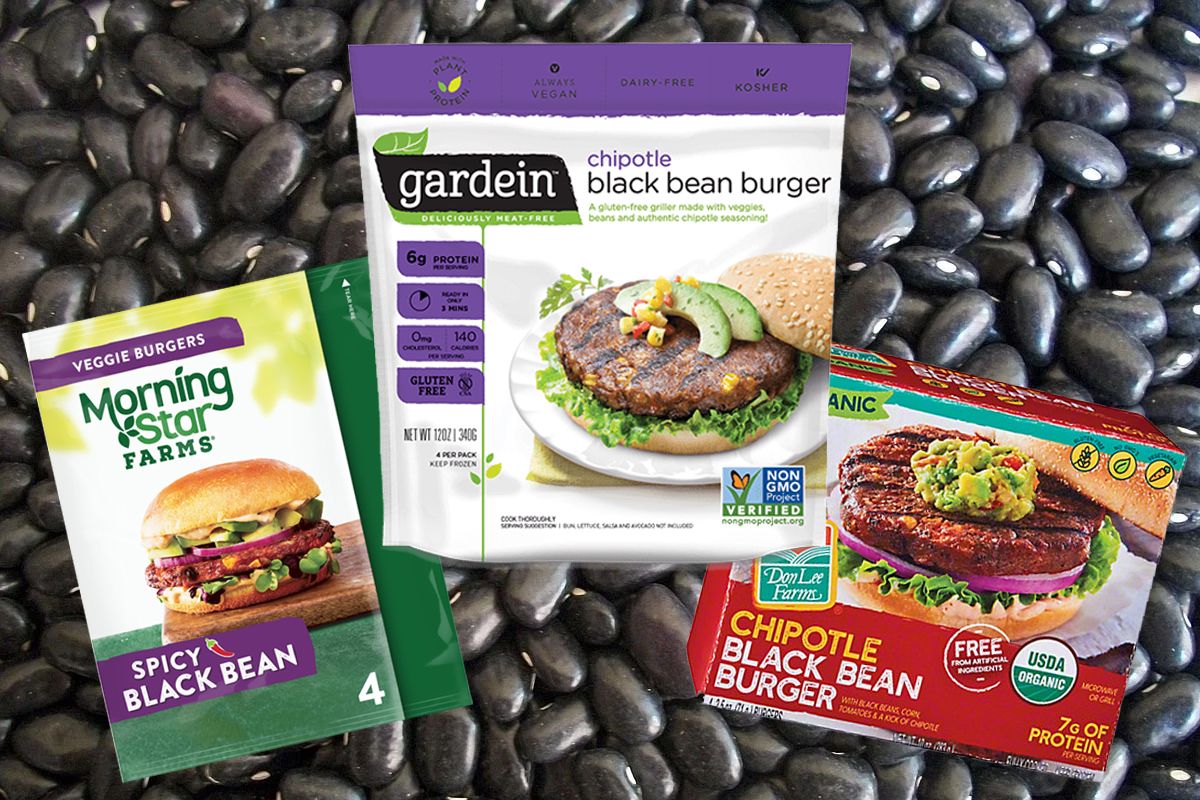 It seems like everyone today wants to debate whether “fake meat” is healthy. But the actual truth is that some of it is, and some of it isn’t. We need to be more precise with our questions. So today we’re looking closer at black bean burgers. Are they healthy?

Black bean burgers are lower in calories, saturated fat, and cholesterol than beef burgers, while being higher in fiber. However, they also have less protein and more sodium in some cases. The healthiest black bean burgers would be homemade, using a recipe without processed oil or flour.

Below, I’ll analyze three popular brands of store-bought black bean burgers. I’ll dive into the protein, carbs, fiber, and sodium content. Ultimately, I’ll help you figure out if black bean burgers are a good fit for your specific health goals.

Are Black Bean Burgers Good for You?

Here are eight specific questions I’ll answer about black bean burger nutrition today. Click to skip ahead to any section—or just scroll down to read it all:

1. What Are Black Bean Burgers Made Of?

For simplicity, I’ve collected the ingredients for three popular frozen black bean burgers here. I’ll analyze them and share my comments below the table:

As you can see, we’ve got a mix of pros and cons here. Black bean burgers contain real whole foods—beans and veggies—but they also typically have added processed ingredients.

Next, let’s take a look at some specific nutrients, starting with protein.

Black bean burgers are typically lower in protein than beef burgers and other plant-based burgers. They generally have 5g to 12g of protein per patty. The black beans and vegetable ingredients result in more complex carbohydrates, and therefore less protein, than most other burgers.

If you want to hit a certain protein intake per day, you may be trying to stay under a certain calorie intake, too. In this situation, you need foods that get you to your protein goal without wasting a bunch of calories. You want high protein per calorie.

That’s why I always look at protein sources by “protein per 100 calories.” So I can be efficient in reaching my protein goals. Anyway, here’s the protein data:

You’ll notice the real superstar here (if you want high protein) is the Boca Vegan Burger. I wrote a full breakdown of Boca Burger nutrition here if you want to learn more.

Black beans tend to be a bit closer to “garden veggie burgers” in their protein content. Both these kinds of burgers are made with veggies, which are lower in calories and protein compared to soy or pea protein.

The lower protein in black bean burgers is not necessarily bad. Most people get plenty of protein (for staying healthy). So the veggies and beans may help your nutrition a lot more than processed protein would. It all depends on your goals.

[Related Post: Is Gardein Healthy? Everything You Need to Know]

Most vegan burgers are made with concentrated protein—like soy or pea protein. So in comparison, black bean burgers are higher in carbs, lower in protein.. You’ve really got three levels of carbs when it comes to burgers:

Here’s the full table of carbohydrate data to see for yourself:

Black bean burgers have around 4 to 5 grams of fiber per burger on average. They are a better source of fiber than most plant-based burgers—and much better than beef burgers, which have no fiber at all.

I was actually impressed when I checked the fiber for these frozen black bean burgers. Per calorie, some have about 2/3 as much fiber as whole black beans. Considering all the processed ingredients added, that’s not bad:

When it comes to having a high-fiber burger meal, keep the bun and toppings in mind, too. If you get a whole wheat bun and some veggie toppings, you can add at least a couple grams of fiber to the total.

Black bean burgers have around 300mg to 500mg of sodium per patty. This is around average sodium content for burgers, whether plant-based or meat-based.

According to SF Gate, the average fast food hamburger patty has 378mg of sodium. So indeed, that’s right in the same neighborhood as the black bean burgers I checked:

You’ll notice the Bubba Burgers are actually a big winner when looking at sodium by itself.

Did You Know: The recommended daily limit for sodium intake is typically cited as 2,300mg. But the American Heart Association is “moving toward an ideal limit” of 1,500 mg per day.

Black bean burgers are a good choice for weight loss, as they have fewer calories and more fiber than beef burgers.

According to Livestrong.com, a “typical” meat burger has around 4 ounces of ground beef, which is 375 calories. In contrast, all the black bean burgers I checked had 250 calories or less per patty. Two of them were in the 100 to 150 calorie range.

Granted, a black bean burger may not fill you up as much as a 4-ounce meat burger. So you may eat some extra food to compensate. But still, choosing lower-calorie options, especially those with fiber (like black bean burgers), can help with weight loss.

The word “processed” is not very precise. In reality, foods actually exist on a spectrum from “minimally processed” to “ultra-processed.”

On that spectrum, I would put black bean burgers somewhere in the middle—when they come from a supermarket or restaurant. These burgers contain whole foods like beans and veggies, but they also have added oil, salt, and processed starch.

When you make black bean burgers at home, you can make something much more wholesome, though. As long as you can get the patties to stick together, you could include potentially 100% whole foods.

So, it’s hard to rank homemade black bean burgers—but generally speaking, they will be at least a bit less processed than those in the store or restaurant.

The healthiest black bean burger would almost certainly be a homemade one.

And here’s the breakdown from four restaurants I’ve checked:

Overall, you can’t assume that black bean burgers are vegan—but more often than not, they are. Personally, I always ask at restaurants.