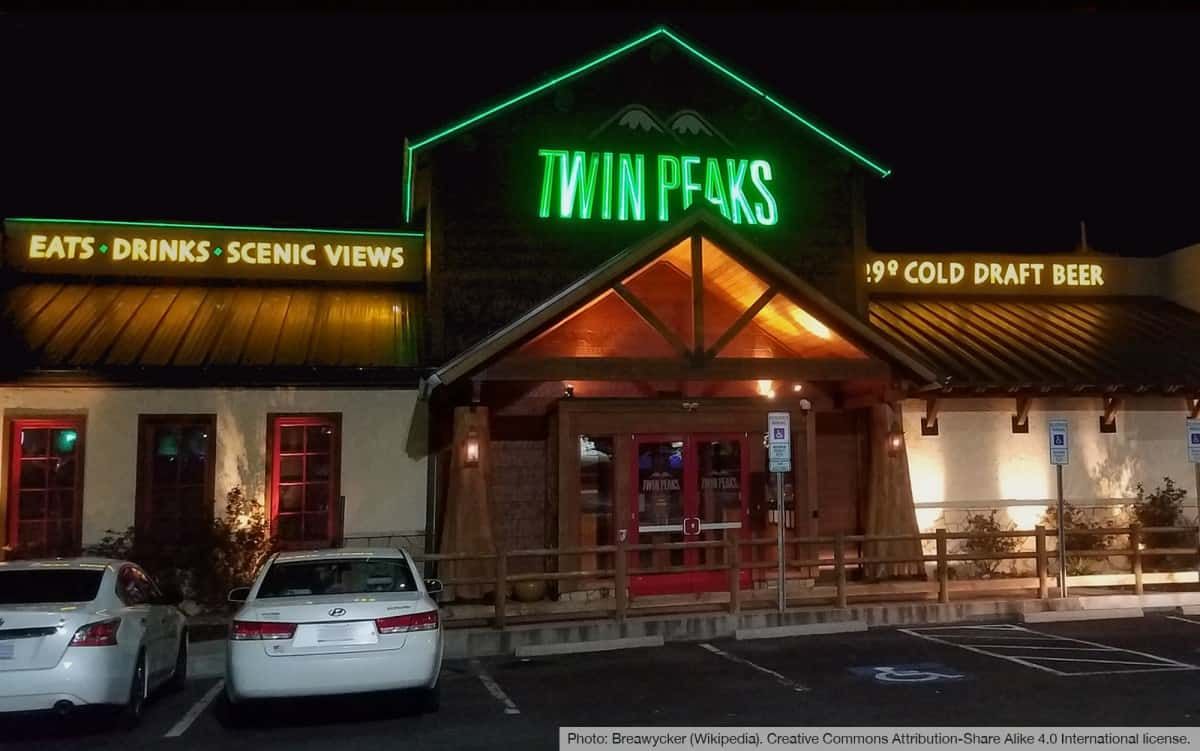 Twin Peaks is like a lumberjack-themed version of Hooters. All their marketing is about being “manly,” and their gift cards are called “Man Cards.” I wasn’t expecting a ton of vegan options… But there was actually a decent selection!

Below, I’ll share more about how to order these items vegan, and some other menu items that are surprisingly NOT vegan. I’ll answer some common questions, and I’ll end with a look at the whole-food plant-based options, too.

The following vegan menu was compiled with the help of the nutrition and allergen information on the Twin Peaks website. Unfortunately, they did not list full ingredients, so there are a few menu items where I’ll explain the confusions I still have.

Restaurant menus change and often vary by location. I recommend double checking any important information with staff at your own Twin Peaks location!

You may not find the Beyond Burger at all Twin Peaks locations. It may be sold as “The Imposter” at some locations. Unfortunately, they didn’t have it (under any name) at my location. But it’s listed in the Allergen Menu, so I know they offer it some places!

Unfortunately, the Beyond Burger does not come vegan by default. I believe the way to make it vegan would be to ask for “No Cheese, No Mayo, and No Honey Jalapeno Dressing.” (The Beyond Burger patty itself is always vegan.)

However—you should ask about the bun and toppings at your specific location. It may vary!

Chips and salsa! You can’t go wrong with this. The chips are vegan, as they’re fried in soybean oil, not animal fat.

Twin Peaks fries are cooked with soybean oil, so they would generally be considered vegan. As usual with fries at restaurants, they are likely fried in a shared fryer with animal products like fried chicken. If that concerns you, ask staff at your location.

Do you prefer Tater Tots to fries? Well, Twin Peaks has those, too! The same details apply: They are fried in soybean oil, likely in a shared fryer with some animal products.

If your location doesn’t have a Beyond Burger, then here’s another option for a pretty filling meal. Beans are slow-digesting, lower-glycemic carbs that tend to keep you full longer than processed carbs. These ones come with Cuban seasoning.

The sauteed veggies are listed as dairy-free and cholesterol-free in the Allergen Menu. This means they’re almost definitely vegan. But you still may want to ask about butter or meat products (some restaurants have ham in their green beans):

The House Salad is almost vegan by default—you just need to ask for “No Cheese,” so they leave off the cheddar and pepper jack.

Once you remove the cheese, you’ll get: Mixed greens, carrots, tomatoes, and cilantro. Pick one of the following two vegan salad dressings:

You could also customize a more involved salad. The Steak Salad has black beans, corn, carrots, and jalapenos—so that one might be interesting. You’d need to remove the steak, cheese, and switch the dressing to one of the vegan vinaigrettes listed above.

Here are some vegan extras that you don’t typically order individually—but you could probably get them by request:

Here are the vegan sauce, salsa, and rub options:

I wasn’t able to get a full list of Twin Peaks’ drinks, but they offer alcohol and soft drinks. For checking whether alcoholic drinks are vegan, I always recommend looking at Barnivore.com.

What if you’re not just vegan but also trying to avoid processed foods? Can you get a whole-food plant-based (WFPB) meal at Twin Peaks? That means no processed sugar, oil, or flour.

For truly WFPB options, you may be limited to just the salads. The sauteed veggie sides are prepared with oil. The Cuban Style Rice and Beans would contain white rice, and possibly other refined ingredients, too.

I’ve made vegan guides to nearly 100 restaurant chains. Check out the vegan options at some of these other chains: