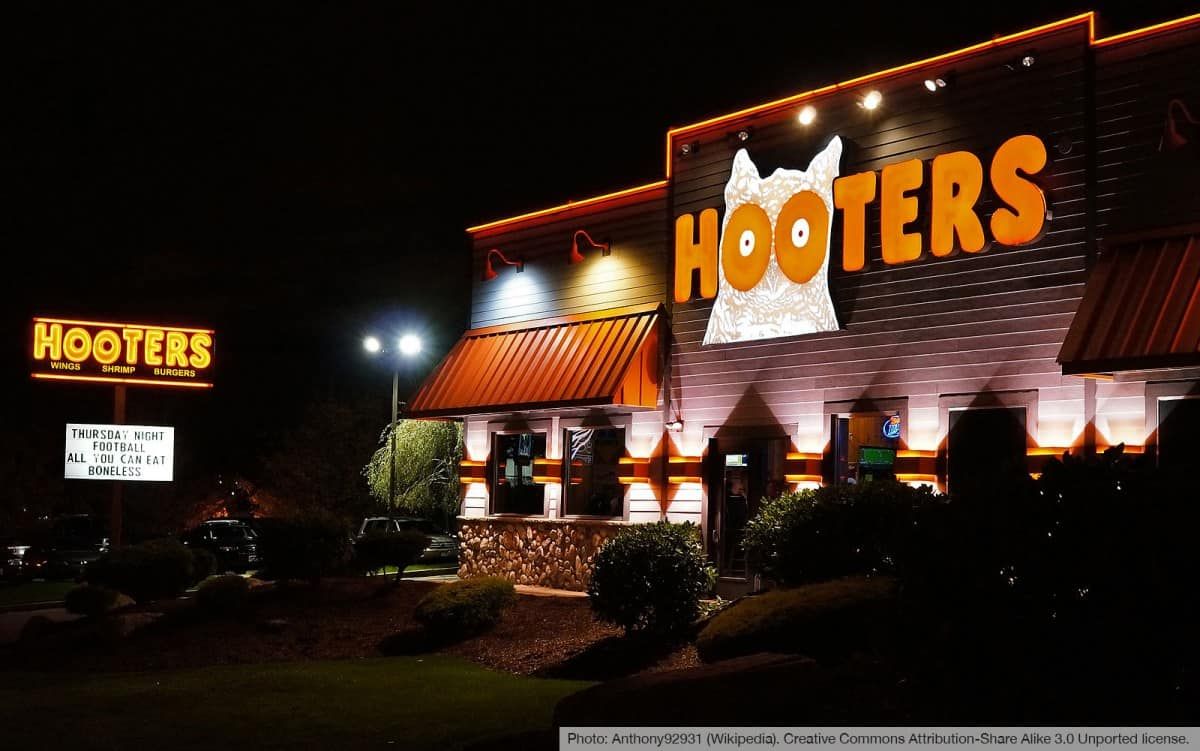 Hooters has been getting a lot of press for their realistic meatless wings (“Unreal Wings“). Sadly for vegans, these meatless wings contain egg. But luckily, there are still some vegan options. As someone with 14 years of vegan dining experience, I can help you figure it out!

Below, I’ll share more about how to order these items vegan. I’ll share four more possible vegan options, along with menu items that are surprisingly NOT vegan. Then I’ll answer common questions, and I’ll end with a look at the whole-food plant-based options!

The following vegan menu was compiled with the help of the nutrition and allergen information on the Hooters website.

Restaurant menus change and often vary by location. I recommend double checking any important information with staff at your Hooters location!

If your Hooters location has the Impossible Burger, check about the bun. In one review, they said it came with a “Toasted Brioche Bun.” Brioche buns are sometimes vegan, sometimes not. So if you want to be sure it’s vegan, I’d ask the staff at your location about the bun.

Also, of course, be sure not to order it with cheese, bacon, or any other non-vegan toppings.

Lastly, be aware that it may be cooked on a shared surface with real meat burgers. That said, they may be willing to clean off a spot on the grill for you, specifically to minimize cross-contact with meat.

As usual for restaurants, the fries come with the possibility of cross-contact with chicken and other animal products fried at Hooters. If this bothers you, ask staff about the fryer setup at your location.

Another simple snacking option—just chips. You might be able to get some pico de gallo, salsa, or vegan guacamole to go with these chips. But be aware that the typical dip is queso, and that’s definitely not vegan.

4. Garden Salad (No Cheese or Croutons)

The Garden Salad can be vegan-ized pretty easily: Just ask for “No cheese” and “No Croutons.” After removing those ingredients, you’ll get: Romaine and iceberg lettuce, tomato, and cucumber, with a choice between two vegan dressings (below).

Hooters typically offers a few vegetable sides, but they can vary by location. Again, I’d mention that you want these dairy-free, to make sure there are no surprises:

I wasn’t able to get the full ingredients for these sauces, but they are all egg-free and dairy-free according to the allergen menu. So chances are good that these sauces are vegan:

Here are a few more options that might be vegan at Hooters. I wasn’t able to get solid confirmation before publishing this post. I’ve contacted Hooters to ask about each of these options, and I’ll update this post if/when I get a response:

Again, the key is to ask at your specific location, as it seems like Hooters is not entirely consistent with its menu from location to location.

Hooters Unreal Wings are not vegan, as they contain egg. They are made by Quorn, with their signature “mycoprotein” made from fungi.

Does Hooters Have Vegan Wings?

Hooters does not have vegan wings. They have vegetarian wings—called “Unreal Wings”—at many locations, but those are not vegan-friendly, as they contain egg.

Hooters Ranch is not vegan—it contains both milk and egg ingredients.

Does Hooters Have a Veggie Burger?

Some Hooters locations offer the Impossible Burger on a Toasted Brioche Bun. But it is not available at all locations currently.

In cases where the Impossible Burger is not available, you may be able to get another veggie burger at Hooters instead. I’ve heard stories about a “secret veggie burger” at Hooters, and this was confirmed in one review I read.

The only problem? This “secret veggie burger” is likely not vegan. So that doesn’t help us vegans. That said, vegetarians may want to ask about this option.

What if you’re not just vegan but also trying to avoid processed foods? Can you get a whole-food plant-based (WFPB) meal at Hooters? Actually, yes!

All these simple vegetable options should be free of processed ingredients. You may want to double check about the cooked vegetable sides (they could contain butter or oil at your location).

I’ve reviewed the vegan options at nearly 100 restaurant chains. Here are some similar restaurants you might want to check out: