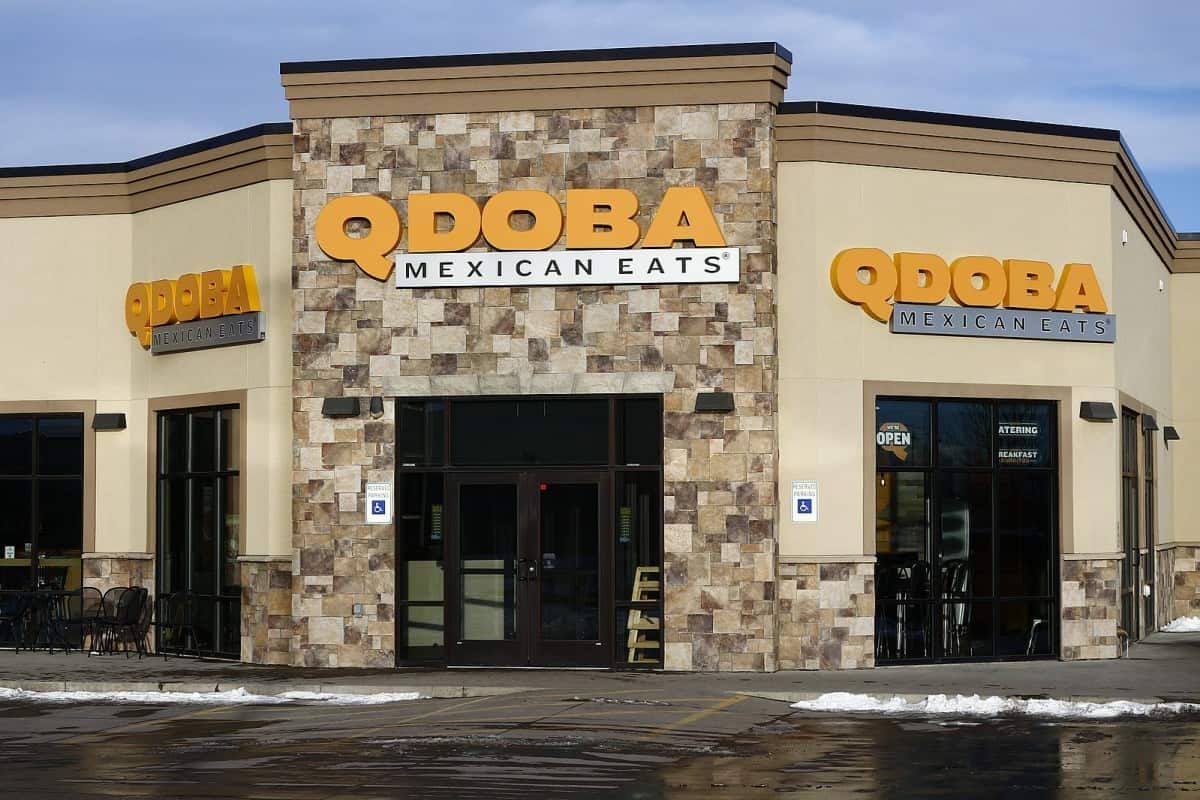 Qdoba is an interesting place for vegans. Not only do they have menu items with “Vegan” in the name, but they offer Impossible “vegan meat” and even a sort of “vegan discount” (details below). Plus, the “Create Your Own” option makes it easy to keep things vegan.

Below, I’ll share a menu option that I was surprised to learn was not vegan. I’ll also answer the most common questions about eating vegan at Qdoba. Then I’ll end with a look at the whole-food plant-based options, in case you’re a health nut like me.

The following vegan menu was created primarily using official allergen and nutrition information from the Qdoba website. Qdoba is better than most restaurants about providing this information, so I have a high degree of confidence in its accuracy.

That said, restaurant menus often change and vary by location. So for any crucial details, I recommend double-checking the information in this post with staff at your Qdoba location.

You have the option of getting it in a bowl or wrapped up in a tortilla as a burrito.

This is a vegan fajita bowl without the Impossible plant-based protein—in case “fake meat” isn’t your thing. You also have the added boost of guacamole in this dish. And it’s a bit cheaper than the Impossible Fajita Bowl.

This salad comes vegetarian, but to get it vegan, you need to ask them to hold the cheese.

Note: If you want a dressing, the Citrus Lime Vinaigrette is confirmed vegan.

This vegan-friendly soup can be ordered vegan—it just depends on which protein you select. You can either choose Plant-Based Impossible or just Veggie. (Veggie is cheaper.)

Besides the protein, the soup will include tomatoes, bell peppers, garlic, onions, and jalapenos.

5. Chips With Salsa or Guac

You can order this side with guacamole or salsa. Both are vegan! The guac just costs a little bit more.

6. Create Your Own Entree

If the pre-designed meals above don’t sound right for you, you can design your own from the following options:

This is just another little extra option for a vegan side—it might be on the kids menu. At some restaurants I actually get sides like this because they’re some of the only vegan options—but at Qdoba, there’s a lot more to choose from.

Tons of vegan drinks at Qdoba to choose from:

You might assume the following option would be vegan, too, but unfortunately it’s not:

Is There a Qdoba Vegan Discount?

A few years ago, Qdoba rolled out something called the Vegetarian Tier Initiative. This allowed customers to save an average of $0.60 on their order if they choose a “veggie” option without meat. (source)

However, now that Qdoba offers plant-based Impossible protein, many vegans choose that, which is not as cheap as the plain “veggie” options. So it’s not really clear if any Qdoba “vegan discount” still exists across the board today.

What Sauces Are Vegan at Qdoba?

The vegan sauce and salsa options at Qdobe include:

A Note on BBQ Sauce: If you’re getting BBQ sauce from Qdoba, take note that they do use an “Ancho Chile BBQ Sauce” for some of their dishes. “Ancho” would be short for “anchovies,” which is one of the few common BBQ sauce ingredients that are not vegan. So make sure to check about that.

Does Qdoba Have Vegan Cheese?

Qdoba does not offer vegan cheese at this time. Qdoba Queso is not vegan.

Both the Cilantro Lime Rice and the Seasoned Brown Rice at Qdoba are confirmed vegan. They contain no animal broth, animal fat, meat, egg, or dairy products.

The Seasoned Potatoes at Qdoba are confirmed vegan.

Is the Citrus Lime Dressing at Qdoba Vegan?

Qdoba guacamole is confirmed vegan on the Qdoba website.

Does Qdoba Have Vegan Meat?

Qdoba now has vegan meat from Impossible Foods. Generally what you’ll find will be a plant-based “ground beef” crumble.

Both the Qdoba Black Beans and Qdoba Pinto Beans are vegan. There is no lard, meat, animal broth, or other animal ingredients used in their preparation.

What if you’re not just vegan but also trying to avoid all processed foods? Are there any whole-food plant-based options at Qdoba? Let’s take a look.

First off, there are a lot of ingredients at Qdoba that may contain a small amount of oil—but I wasn’t able to get full ingredients lists, so it’s hard to confirm this. Just know that the rice or beans may not be 100% WFPB for that reason.

You might get a little oil in the rice or beans, but that’s a filling meal that is pretty darn near WFPB, which is not a small feat for a fast-food chain! Some fast-food chains have literally nothing even close to WFPB.