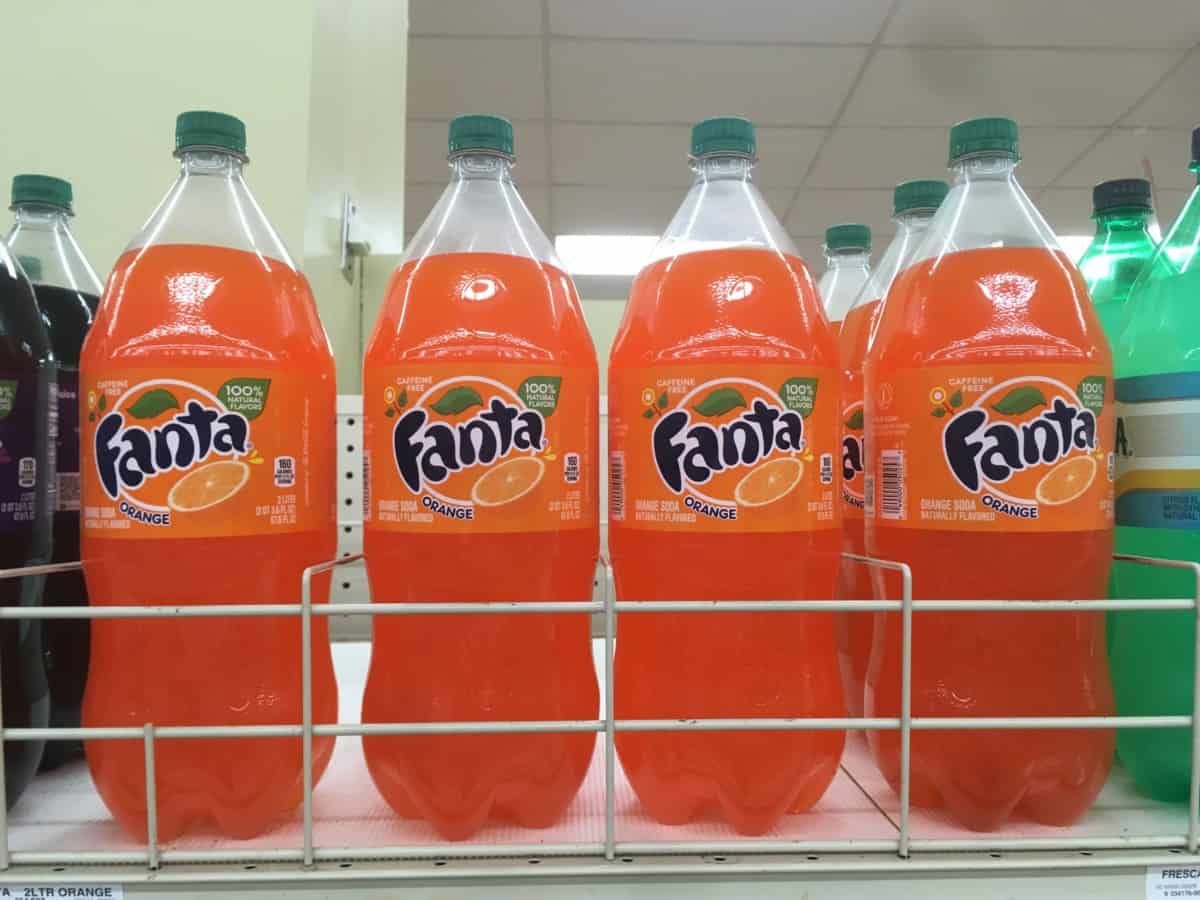 I loved orange soda growing up, and one of my favorite brands was Fanta. When I went vegan, I had to look more critically at some of the foods I used to love and eat constantly. So I was interested to research right away if I could keep drinking Fanta.

Is Fanta vegan? Fanta is generally considered to be vegan. Some vegans disagree, however, because of the use of dyes that were tested on animals. While most vegans are okay with drinking Fanta sodas, the most strict vegans may only want to drink certain flavors.

Fanta is a great example of the “gray area” when looking at which products are vegan. Personally, I am okay with drinking Fanta as a vegan. But in this post, I’ll cover the reasons you may or may not be okay with it.

Fanta Is Vegan-Friendly… For the Most Part.

Fanta to most people would be considered vegan. People will have their disputes about what is and isn’t vegan when it comes to these drinks, but the matter of fact of it is that, for practical purposes, Fanta is vegan.

The reasons I consider Fanta to be vegan:

The reasons some vegans might possibly not consider Fanta to be vegan:

Why It’s Not Always Clear Cut Whether Products Are Vegan

On a simple level, being vegan means not using any animal products, and that includes more than food.

The use of things such as leather, cosmetics, or soaps that use animal byproducts, or even silk are all non-vegan because they involve some use of animals.

Using things that have been tested on animals is also considered not vegan by some, even though they do not have any animal ingredients in the actual product.

Some vegans even expand veganism beyond this. They expand it to mean that you shouldn’t buy certain products like sugar, cocoa, or coffee beans unless they are fair trade—because of the human rights violations common in those industries.

Again, it’s based on how you view yourself as a vegan, so I’ll let you decipher if Fanta is something that you should be drinking.

To start, it should be noted that after thorough research of Fanta and its products, it was found that no ingredients of animals or animal byproducts were directly found in Fanta sodas.

The only uncertainty for some vegans comes in (1) the dyes being tested on animals and (2) whether the refined sugar is vegan since it may have been processed with bone char.

This is not to say that other drinks produced by the Coca-Cola company do or do not have animal byproducts. This was strictly an assessment of their drinks from the Fanta brand.

Which Flavors of Fanta are Purely Vegan?

The following list contains the flavors of drinks from the Fanta brand that are considered purely vegan by everyone’s standard. There are no animal byproducts, no animal testing (even on specific ingredients in the sodas), and no animal parts used to refine sugar for these drinks:

These flavors were found to have no animal testing done at all and were only made using pure, natural ingredients found in nature.

Is Refined Sugar in Soda Vegan?

Some vegans try not to consume soda with refined sugar in it. The reason why is that some sugar is refined using charred bones from animals.

It is incredibly hard to find and prove if refined sugar is used with the making of bone char at all. The sugar is usually bought from outsourced companies, and even then, it is hard to know how their processes were done to make said sugar.

I’m not saying that the sugar in Fanta is made using refined sugar by the use of bone charring, but it is a possibility.

If you are a vegan that does not mind the practice of bone charring to refine sugar, then you don’t have to worry about these flavors. Again, it is not a certainty that this practice was used to get the sugar in the first place.

Personally, I am fine with eating refined sugar as a vegan. We don’t even know for sure if bone char was used in the process, and even if it was, it may not do a lot of good to boycott it.

My approach to veganism is to just do my 99% by avoiding the main non-vegan foods, and then I let things like refined sugar go.

The Use of Animal Testing for Fanta Sodas

Now, Coca-Cola does not use animals to taste-test their drinks! But of course, in the past, animal testing has been done on all the dyes used.

Most Fanta drinks have one or more ingredients of a modified dye coloring in them. Dye coloring in small doses has not been proven to be harmful. However, that is not the issue here.

When defining “vegan,” we come back to the issue of “the use of an animal,” like the use of leather or silk.

So even animal testing on synthetic or plant ingredients is considered non-vegan by many, especially since the animals can be abused quite badly in animal testing.

Were the Dyes in Fanta Tested on Animals?

In many studies to test the safety of using dyes, mice, rats, and even dogs were used to test on before being tested with humans.

Common dyes used in Fanta sodas are Red 40, Yellow 5, and Yellow 6. These were all tested on animals before being deemed safe to use in products and on humans.

When it comes to dyes, they have been tested on animals for years, and not just these three. Every dye has been tested so much that every popular color has its own nickname.

The way they test them is dreadful. They see how much of the dye can be used until the animal gets cancer or worse, dies. The tests have yet to stop.

Fanta Drinks Containing Dyes That Were Tested on Animals

The following Fanta drinks do not contain any animal part, or animal byproducts, but do have dye in them to adjust the color of the drink.

All these dyes have been previously tested on animals by scientists from other companies to determine if they were harmful. (If you are only looking for the fact that if they contain animal byproducts, then no they do not—they are safe to drink.)

Again, personally I am fine with drinking these as a vegan, but some vegans may feel differently.

Fanta drinks that have dyes tested on animals but do not have any animal byproducts in them:

If you are curious to look further into what ingredients Fanta contains or any other drink that Coca-Cola makes, you can look here for yourself.

There is also another quick and easy way to check if your food or drink is vegan or not. Click here for my post on “How to Check If Any Food Is Vegan: 3 Easy Steps (Illustrated)”

It’s great to learn for yourself how to quickly check if products are vegan in the grocery store! It’s a key skill for any long-term vegan, so go check out that article.

Is Fanta Vegan Enough for You?

In the end, it’s up to you to decide how vegan you are.

Just know that everything you put in your body has its own story before it got to you. It may have walked on a farm and lived a life of suffering before it was killed and served up in a dish for you.

In contrast, it may have been on a tree and given to you fresh.

It’s your body to do with what you will, but as a friendly reminder, it would do you a great deal to know what it is and what happened to it before it got to you.