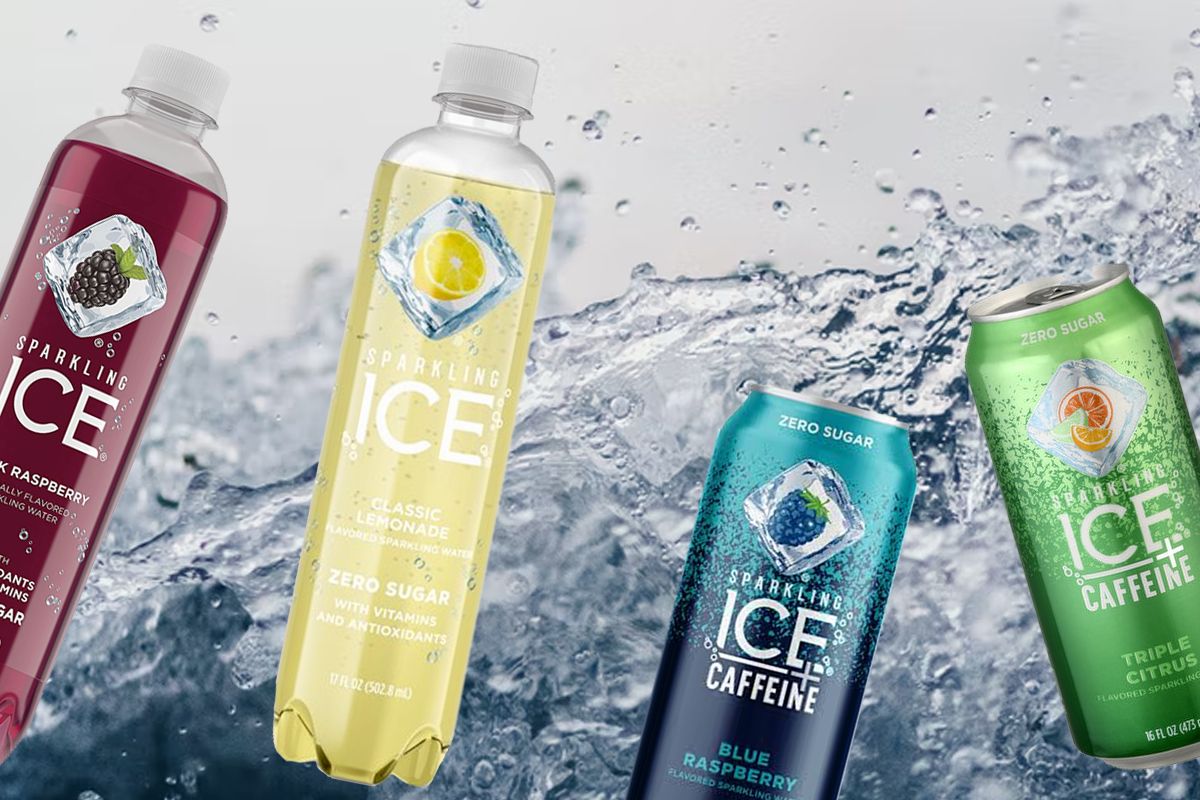 Many “sugar free” drinks are not actually healthy when you look into the details. Sparkling Ice has some added “healthy” ingredients that basic diet soda doesn’t have… But is Sparkling Ice really good for you, overall?

Sparkling Ice is free of sugar and artificial colors, and it has some healthy ingredients like green tea extract, vitamins, and antioxidants. However, Sparkling Ice also has the artificial sweetener sucralose, which may raise the risk of insulin resistance and other health issues. Therefore, its healthiness is questionable.

Below, we’ll look closely at Sparkling Ice ingredients and nutrition. We’ll discuss whether it’s good for weight loss, whether it raises blood sugar, and more! I’ll also answer the question of whether Sparkling Ice is better than soda.

Is Sparkling Ice Good for You?

Here are 10 specific questions I’ll be exploring about Sparkling Ice nutrition. Click any of them to skip ahead to that section—or keep scrolling to read them all:

1. What Ingredients Are in Sparkling Ice?

Let’s start by actually looking at some Sparkling Ice ingredients. Below is a table showing two product lines—the Classic (Zero Sugar) and the Caffeine line. I will not cover Sparkling Ice Spiked (hard seltzer) in this post.

Here are the biggest points I notice from these ingredients:

In my opinion, the main concern in Sparkling Ice for most people would just be the artificial sweetener, sucralose. So we’ll cover that in-depth in the next section.

2. Does Sparkling Ice Have Artificial Sweeteners?

Sparkling Ice contains the artificial sweetener sucralose. Sucralose is FDA approved and generally recognized as safe, but there remains some controversy around the long-term health impacts, particularly on gut bacteria and insulin sensitivity.

The most widely controversial artificial sweetener is probably aspartame. Personally, I avoid aspartame because of the research showing possible connections to depression. Sparkling Ice does not have aspartame.

Another sweetener people sometimes have questions about is xylitol, especially since it is bad for dogs. Sparkling Ice does not contain xylitol.

So let’s look at the health concerns around the actual sweetener in Sparkling Ice—sucralose:

Therefore, some consumers may feel uneasy consuming such sweeteners in large quantities, like having Sparkling Ice every day. Here’s a video that covers more on the science around artificial sweeteners.

The next two sections will include more about the potential impact of sucralose on weight loss and blood sugar levels.

One of the main reasons people choose low-calorie drinks like Sparkling Ice is to lose weight. But the evidence actually shows that artificial sweeteners (like sucralose) are surprisingly ineffective for weight loss.

That is, you’d expect that switching from sugar to artificial sweeteners would cause significant weight-loss… but in most studies, they cause little to no weight loss.

One explanation is this: Artificial sweeteners keep you accustomed to sweet foods. So you still get cravings for sweets, and you’ll probably end up eating those calories from somewhere.

That said, the studies I reviewed suggested that sucralose doesn’t cause weight gain, either. So, the sucralose in Sparkling Ice likely won’t affect your weight one way or the other, based on the evidence.

Remember: The key to weight loss is your overall calorie balance. So if your goal is weight loss, then consider tracking your calories as I describe in this post—or else follow some of these 18 tips for weight loss without counting calories.

I didn’t find any peer-reviewed research directly on whether Sparkling Ice raises blood sugar. However, Sparkling Ice does have sucralose, which has been shown to affect blood glucose and insulin levels in some studies.

Sucralose is not absorbed in the small intestine like normal sugar, so it ends up in the large intestine. Apparently, it alters your gut bacteria there, affecting your tolerance to carbs going forward, as well.

So theoretically, drinking a lot of Sparkling Ice may worsen your blood sugar control. However, this hasn’t been tested directly, to my knowledge.

The American Diabetes Association (ADA) says that diet drinks (with sucralose) are acceptable “short-term replacements” to sugary drinks… But they recommend decreasing intake of these drinks over time, and focusing on plain water.

5. Why Does Sparkling Ice Have 5 Calories?

As explained on the Sparkling Ice website, this calorie count only applies if you’re drinking the whole bottle. Formerly, the Sparkling Ice nutrition label said “0 calories” because it listed the stats for an 8 oz serving size—but this changed in recent years.

If you look around, you’ll notice the same thing happens with other diet drinks, too. Some bottles of Gatorade Zero show 5 calories or 10 calories, too (depending on the serving size).

When a drink actually shows “0 calories” on the label, it’s not actually necessarily zero. It’s more likely two calories or something that is small enough for the company to legally round down to zero.

But when the serving size is larger, sometimes a diet drink has 5 or 10 calories that it needs to legally show on the label.

In any case, Sparkling Ice is basically a zero-calorie drink. Those 5 calories per bottle should not be enough to really be concerned about them from a dieting standpoint.

6. Does Sparkling Ice Have Electrolytes?

But there’s an upside here. Since Sparkling Ice doesn’t have any sodium, you don’t have to worry about getting too much sodium.

Sometimes with electrolyte drinks, you can actually get a lot of sodium if you end up drinking them all day. And too much sodium can raise your blood pressure and risk of heart disease, so that’s not great.

You can relax knowing that Sparkling Ice is low in sodium. But if you need to replenish your electrolytes due to heavy sweating or fluid loss, look elsewhere.

7. Does Sparkling Ice Have Caffeine?

Sparkling Ice +Caffeine has 70 mg of caffeine per can (16 oz). This is about 88% as much caffeine as a can of Red Bull or Monster Energy. Classic Sparkling Ice does not contain any caffeine.

Here is a caffeine comparison table, to help you get a feel for just how much caffeine you get with Sparkling Ice +Caffeine:

If you’d like to see a larger comparison table for caffeine content, check out this page from the Center for Science in the Public Interest.

Sparkling Ice counts as “water intake” because the water still functions the same way in the body. However, Sparkling Ice has sucralose, which may alter your gut microbiome, and fat-soluble vitamins A and D, which can be over-consumed. So ideally, Sparkling Ice should not be your only beverage.

As discussed above, the sucralose in Sparkling Ice could alter your gut bacteria, which could lead to worse insulin sensitivity over time. Therefore, many people may prefer to only drink Sparkling Ice in moderation—not as a total replacement for water.

All that said—yes, Sparkling Ice achieves pretty much everything plain water intake achieves. It’s still mostly water by volume, after all.

9. Is Sparkling Ice Healthier Than Soda?

Sparkling Ice may be healthier than normal soda, as it is free of all sugar, calories, and artificial colors. Sparkling Ice is also free of phosphoric acid, a potentially harmful ingredient in cola. However, Sparkling Ice has sucralose, so it’s still controversial in the same way as diet soda.

Regular soda is unhealthy for many reasons. First, it has added sugar and empty calories. It also often has phosphoric acid, which has been linked to osteoporosis and cavities. And some sodas have caramel color, which may contain a carcinogen.

Comparitively, Sparkling Ice doesn’t have as many problems. But it still has its own potential issues, due to the sucralose. (We’ve already reviewed the potential risks with sucralose above.)

So, which is worse? Personally, I’d rather drink Sparkling Ice because the risks with artificial sweeteners seem less proven. But maybe that’s just me.

Sparkling Ice is still probably healthier than most diet sodas. Often, diet sodas still contain artificial colors, phosphoric acid, or some other controversial or unhealthy ingredients, in addition to their artificial sweeteners.

But neither Sparkling Ice nor soda are really healthy drinks. If you’re looking for a healthy alternative to soda, you may want to try unsweetened seltzer water. It’s just fizzy water with natural flavor—no sugar, artificial sweeteners, or artificial colors.

Another interesting option is Hint Water. It’s one of the most natural brands of flavored water I’ve found. And they have a fizzy option, too.

Sparkling Ice is not strictly vegan, as the added vitamin D is likely sourced from lanolin (from sheep’s wool). However, more relaxed vegans may be okay with this.

If you look at the ingredients list for Sparkling Ice, you will see “Cholecalciferol (Vitamin D).” While it is possible for this ingredient to be made vegan (from sea algae), it is usually made from lanolin (a product of sheep’s wool).

So, many people would say this vitamin D is not vegan, and therefore Sparkling Ice is not vegan. In a strict sense, that may be true. But since it is a minor ingredient, many vegans may be okay with it. Personally, I am, and I wrote a longer explanation here.

There’s one other reason I could imagine a very strict vegan might say Sparkling Ice isn’t vegan, too. That’s due to animal testing. Namely, the sweetener used in Sparkling Ice (sucralose) has been tested on animals extensively.

In my blog post about sucralose, I explained the cruel and sad animal testing that was done to prove the safety of sucralose. It is said that over 12,000 animals died in the testing of sucralose.

That said, boycotting drinks like Sparkling Ice today can’t undo the animal testing that was already done. So most vegans are okay with consuming these artificial sweeteners.