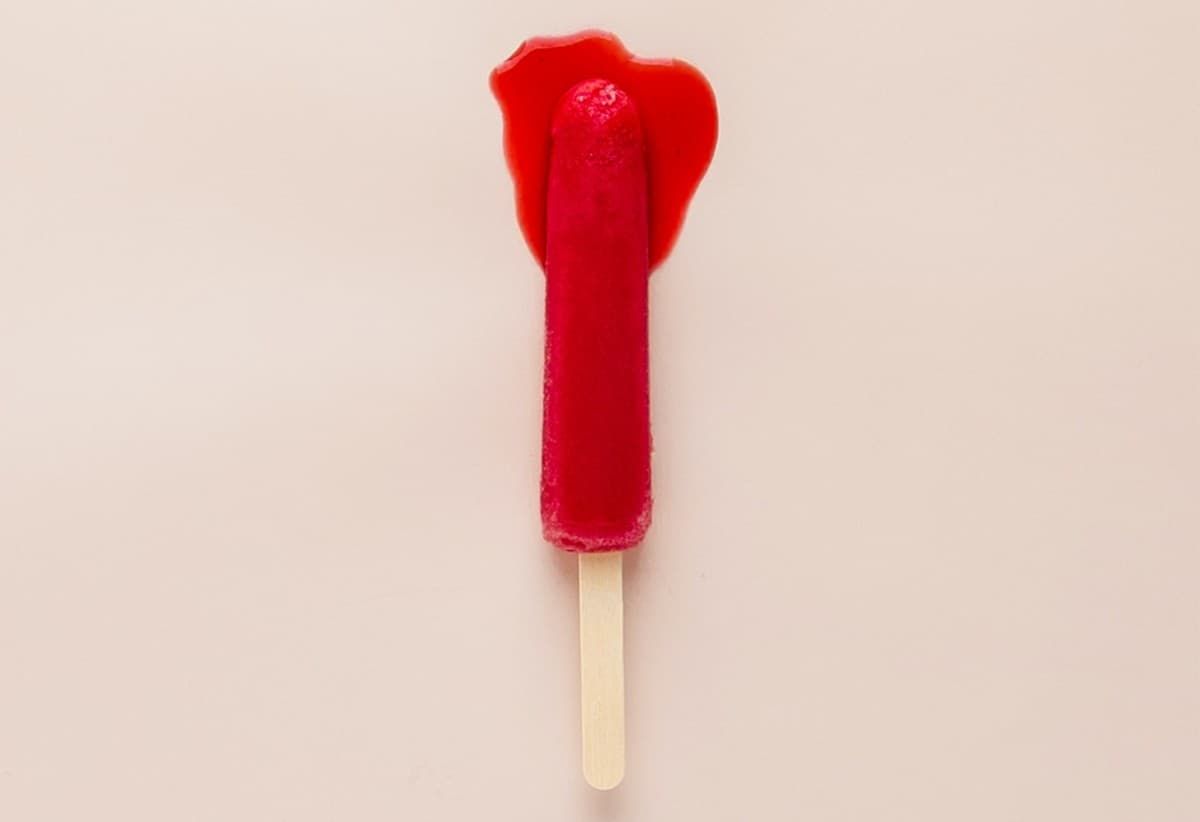 Let me guess… You’re here because you heard that red food dye is made from crushed bugs. Is it true? Well, kind of. There is a popular red dye made from beetles. But is that Red 40? Or are you getting your red dyes confused? Is Red 40 Vegan?

Red 40 is generally considered vegan. It is made synthetically from petroleum—not from bugs, pork, or other animal products. However, Red 40 is still being tested on animals to confirm its safety. This has led some vegans to boycott Red 40 along with other artificial food dyes.

Below, I’ll explain how Red 40 is actually made. I’ll share the details on five recent animal experiments done with Red 40. And I’ll cover the safety concerns with this food dye and help you decide if you should avoid it!

Red 40 is one of the most popular food dyes in the world. It’s used in candy, medication (like Allegra), soda, jello, sauces, dressings, popsicles, strawberry milk, cereals, red frosting, and more.

Red 40 goes by a variety of other names, as well:

Red 40 is synthetically made from petroleum. In the past, it was made from coal tar. Red 40 is not derived from animals. However, as covered below, it continues to be tested on animals.

By mixing specific ingredients in the right order, synthetic chemistry allows us to create all kinds of molecules from petroleum. Red 40 is an “azo dye,” a name that refers to nitrogen atoms on the molecule.

Azo dyes are the most important class of chemical dyes—not just for food coloring, but for clothing and more. Although its safety is a bit controversial (see below), Red 40 is the most common azo dye still allowed in food.

Red 40 is not made from pork or any other pig product. It is made from petroleum.

Glycerine is sometimes used as a solvent for food coloring, and glycerine can be pork-based. However, this does not seem to be the case with Red 40. Multiple sources have confirmed that Red 40 is halal, meaning no pork products were involved.

[See more on the halal status of Red 40 below.]

Red 40 is not made from bugs, beetles, or any other animal product. The red dye made from beetles is called carmine, carminic acid, cochineal, or Red 4. In contrast, Red 40 is made synthetically from petroleum.

Carmine has made headlines as being the gross red dye made from bugs, and this has led to a misunderstanding that Red 40 is made from bugs. But when carmine is written as a red dye number, you’ll see Red 4—not Red 40.

As a side note, Kosher food laws do not allow the consumption of insects, so carmine is not only not vegan but also not kosher. Red 40, on the other hand, is confirmed kosher. (source)

But do keep in mind: Carmine is still widely used as a natural food dye, too. So keep an eye out! Be sure to avoid carmine, carminic acid, cochineal, and Red 4 if you’d like to avoid dyes made of dead bugs.

Red 40 has been classified as halal by the South African National Halaal Authority. In addition, the website Halal or Haram agrees: Red 40 is fine.

It is widely noted that Red 40 is derived from petroleum products—not pork, beetles, or any other animal source.

So, although glycerine is sometimes used as a solvent for food dyes and can be pork-based, this does not seem to be an issue with Red 40. It seems that Red 40 is safely halal.

Is Red 40 Tested on Animals?

Red 40 continues to be tested on animals, as the long-term health effects of artificial food dyes are still not clear.

The following are just a few of the animal experiments published in the last decade on Allura Red (Red 40):

If you read the abstract for each of these studies, usually ongoing safety concerns with Red 40 are cited as the reason for the tests being done.

Notice that this is different from one-time animal testing to confirm the safety of a new product. This is ongoing animal testing to determine just how dangerous this artificial food coloring is, and in what quantity.

Does It Even Help to Boycott Ingredients Tested on Animals?

It can be sad and frustrating to learn about experiments being conducted on helpless animals. But does it actually help the animals to boycott these products that are being tested?

In this case, as long as Red 40 is widely produced and consumed, it will likely continue to be tested. Even if all vegans boycott Red 40, the lowered demand would probably not reduce the experiments conducted in coming years.

Also since Red 40 is so widely used, in so many products, companies are not likely to notice a shift in demand away from products containing the ingredient.

My personal opinion on this topic is that, if you want to boycott these products, you should email or call the companies and tell them. Otherwise, they are not likely to notice, and your effort will be for nothing.

Personally, I don’t worry about avoiding Red 40 or other artificial food dyes as a rule. I don’t consider it a must for veganism. That said, it’s good to avoid processed foods in general—so I don’t consume it regularly, either.

Red 40 is considered safe enough by government bodies that it is legal for inclusion in commercial food products. This applies in the U.S., Europe, and elsewhere.

However, there are some safety concerns with Red 40. Here are the main areas of concern:

Below, we’ll cover each of these concerns a bit closer. But first… Isn’t Red 40 banned in some countries?

Red 40 is not currently banned anywhere. However, there have been statements of caution published by governing bodies and credible organizations.

You may have seen claims that Red 40 is banned in Norway, Japan, Finland, France, Austria, and the U.K. But when you look at actual government documents, this appears not to be the case.

That said, in the European Union, food manufacturers must add a warning to products containing Red 40. This warning states that it “may have an adverse effect on activity and attention in children.” (source)

The European Food Safety Authority (EFSA) has also set an acceptable daily intake (ADI) that should not be exceeded for Red 40. This ADI is 7mg per kg of bodyweight. (source)

And there are definitely organizations that are even more concerned. The Center for Science in the Public Interest refers to Red 40 and the eight other legally approved food dyes as a “rainbow of risk.”

So far, studies have not shown any cancer-causing effect from Red 40 (source). This is great news, but unfortunately, it’s not the full story.

Red 40 has been shown to contain small amounts of benzidene, which is a known carcinogen. It is legally allowed because the amount is so small, there is no presumed negative effect. (source)

However, many people still worry about the benzidene in Red 40. It was noted in one scientific journal that FDA tests only check for free contaminants—but there’s more bound benzidene in Red 40 that may get released in the presence of intestinal enzymes. (source)

So, there is not strong evidence that Red 40 causes cancer—but it’s hard to know the long-term effects for sure.

What Are the Side Effects of Red Dye 40?

Perhaps the most well-documented health effect of Red 40 is its effect on hyperactivity, aggression, and other behavioral issues in children.

The FDA has stated that most children do not experience behavioral problems from consuming Red 40—but the evidence suggests that some do. (source)

Specifically, there is evidence suggesting that around 8% of children with ADHD (attention hyperactivity disorder) may have behavioral symptoms from artificial colors. (source)

As mentioned above, the EU requires foods with Red 40 to be labeled with a warning saying that it “may have an adverse effect on activity and attention in children.”

In addition, some people also have allergic reactions to Red 40. In fact, Red 40 is one of the artificial food dyes that most commonly causes allergies, along with Yellow 5 and Yellow 6.

Red 40 Lake is just a water-insoluble variation of Red 40 dye. It was created for situations where the red color shouldn’t run or dissolve in water. For example, on the outside coating of a pill, they’d use Red 40 Lake for the color—not plain Red 40.

Red 40 Lake is generally considered vegan. However, there continues to be animal testing done to confirm the safety of all Red 40 variations, including Red 40 Lake and Red 40 Aluminum Lake. So some vegans may choose to avoid it.

And just to quickly clarify some more things about Red 40 Lake:

Overall, it’s your decision based on your values and goals as a vegan. But here’s what I’ll sum up for you:

So, Red 40 is not the absolute worst from a vegan perspective… but also, it’s not a great ingredient to consume.

If you’re still getting adjusted to being meat-free, dairy-free, and egg-free, I don’t recommend worrying too much about Red 40 or other minor ingredients. That said, if you can avoid these highly processed ingredients, it may make you a bit safer.