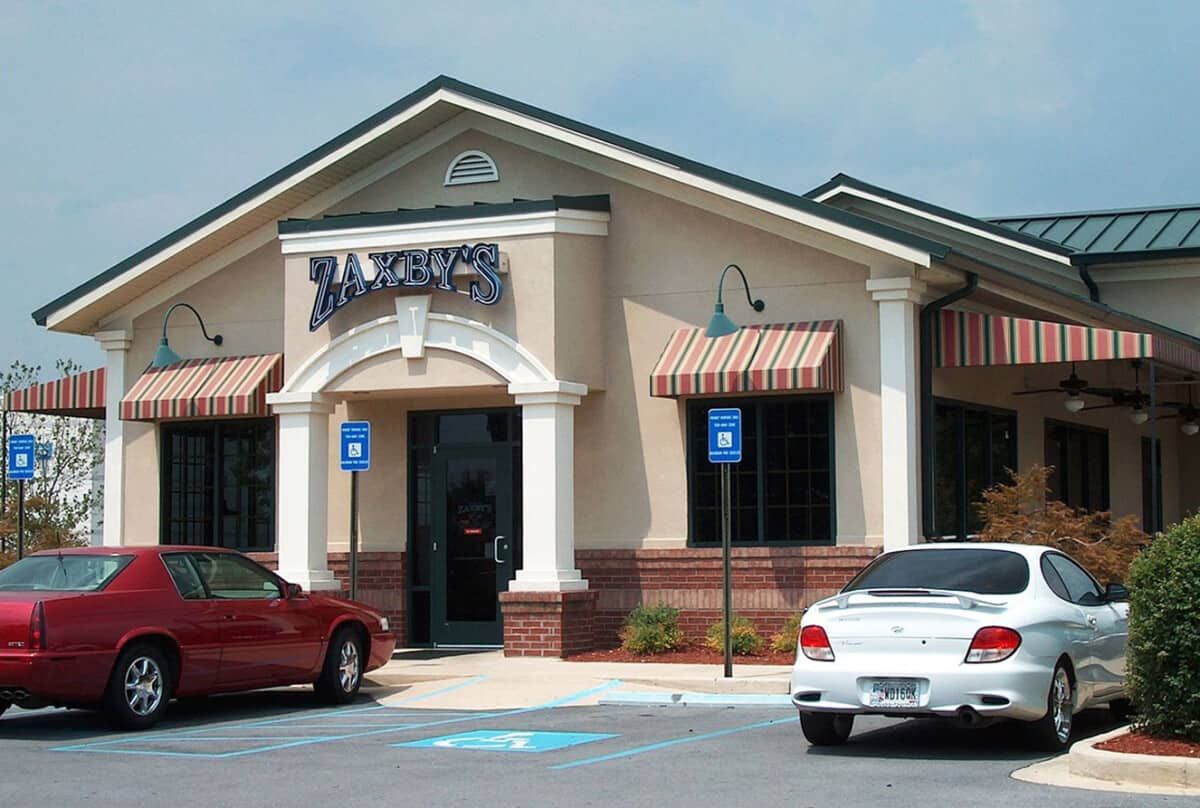 “Fast-food chicken” is probably the most opposite phrase to “vegan restaurant” you could ever utter. That said, I was actually surprised by some of the choices we have as vegans at Zaxby’s. It’s not that bad.

More details on all these below. I’ll also answer some common questions about Zaxby’s onion rings, bread, fried pickles, and more! And I’ve got a clever tip for something you should take to Zaxby’s with you to use as a dip!

I’ll end with a whole-food plant-based guide to Zaxby’s, in case you’re trying to avoid processed and fried food, too.

I have 13 years of experience reading ingredient lists as a vegan, so I feel pretty confident with the list I’ve compiled. That said, I’ve noted where I was unable to confirm specific details.

The Zaxby’s Side Salad typically comes vegan. You may still want to specify “no cheese or croutons” in case your location adds those, though.

I believe the only vegan dressing is Lite Vinaigrette, but you can ask at your location if you want to scope out other options.

These are basically just potato chips—but they look a little fresher and zestier than bagged Lay’s chips or something. Be sure to ask for “no ranch” because they typically come with it for dipping.

Note: It is possible that these are fried in a shared fryer with chicken. If this is a concern for you, be sure to ask at your location.

French fries are the (mostly) reliable bastion of vegans eating at chain restaurants. The Zaxby’s fries are vegan, indeed, and they’re crinkle-cut, which is fun!

Note: It is possible that these are fried in a shared fryer with chicken. If this is a concern for you, be sure to ask at your location.

Mmm… Celery. (Haha.) You might want to ask if they have any peanut butter. If so, this could actually be a pretty good side. (Or just bring your own peanut butter—problem solved.) The “Basket of Celery” comes with like 20 sticks, so it’s a good amount.

I recommend asking to confirm that this is dairy-free at your location. That said, the allergen menu on the Zaxby’s website says it’s dairy-free and egg-free. So this garlicky treat should be good to go!

You could ask for any of these vegan sauces for dipping your fries, chips, celery, or Texas Toast:

Zaxby’s Onion Rings are not vegan. They contain dairy.

Zaxby’s bread is vegan. The allergen menu on their website specifies that the Texas Toast does not contain dairy or eggs.

Zaxby’s Spicy Fried Mushrooms may be vegan. They are not included in Zaxby’s current allergen menu on their website, so I have contacted Zaxby’s about this, and I’m waiting to hear back.

What if you’re not just trying to eat vegan at Zaxby’s but also whole-food plant-based (WFPB)? Can you fill up as a vegan while also avoiding fried and processed foods here?

Here’s how I’d do a WFPB meal at Zaxby’s:

Like I said above, they might have peanut butter on hand. But I’d bring my own to be sure.

All the other vegan options at Zaxby’s are fried or processed, so yes, the WFPB options are extremely minimal!