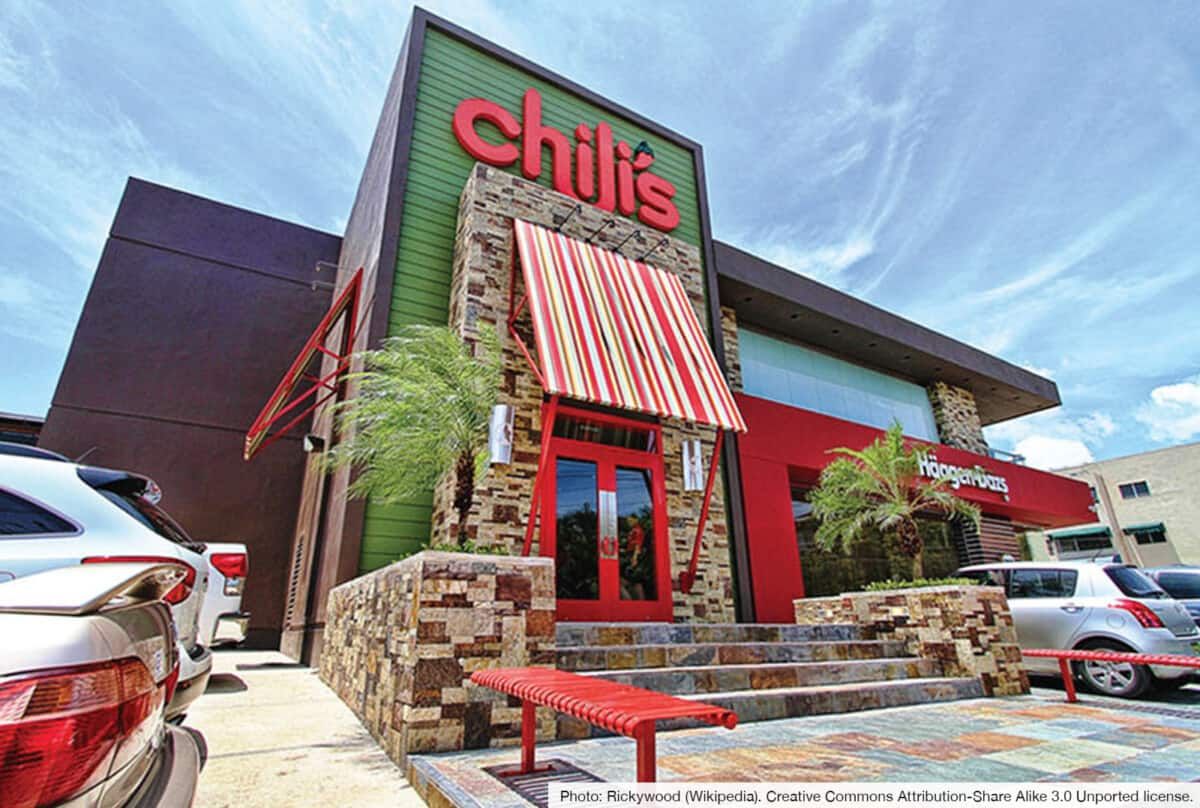 Chili’s isn’t the worst place to eat as a vegan. It’s better than a steakhouse! But it can still take a minute to sort out the situation for vegans. Lucky for you, I did all the work for you!

Below, I’ll explain exactly how to order these items vegan, and I’ll answer common questions like whether Chili’s black bean burger is vegan. I’ll end with a whole-food-plant-based guide to Chili’s for those of you avoiding fried and processed food, too!

Chili’s doesn’t have any fully-vegan burgers or mock meats yet, but they still actually have a decent amount of vegan options overall.

They also have an actual vegetarian and vegan guide on their website. This is not common for chain restaurants, so I appreciate this. It makes it much easier to quickly see what’s vegan.

Chili’s has two salads that can easily be ordered vegan:

The only vegan salad dressing you’re likely to see is Citrus Balsamic Vinaigrette. So I’d recommend asking for that. Or you can ask what other options they have at your location.

There are two vegan menu items for chips at Chili’s:

This is just a side dish—but you could always order multiple if you want to fill up on it. Beans and rice is the type of meal you can fill up on and not feel nasty about afterward.

You can also get a side of just Black Beans alone.

Chili’s has corn on the cob! Fun! The website says this comes vegan, but I’d double-check that your location doesn’t add butter or any other dairy products.

French fries are the typical vegan safe haven at chain restaurants, and they’re definitely an option here at Chili’s, too.

The fried pickles at Chili’s are vegan—the breading doesn’t contain egg! Just be sure to order without ranch dressing—it contains both egg and dairy.

9. Make Your Own Taco, Burrito, or Wrap

I haven’t seen anyone else suggest this as a vegan option, but it should be a possibility. The Chili’s website notes that both their tortilla options are vegan:

They also have a number of other ingredients that could be used to build a taco, burrito, or wrap:

Note: The burger buns at Chili’s are not fully vegan, likely due to honey. So I wouldn’t advise putting together your own sandwich with those. They’re likely to have bread slices on hand, though, and I’d expect those to be vegan.

These vegan sauces and extras should be available to add to whichever dish you’re having:

Alcoholic Drinks: Chili’s will typically have some alcoholic drink options, including beer and wine. Many of these will be vegan, but maybe not all. My go-to resource for checking whether alcohol is vegan is Barnivore.

You might be wondering about some other Chili’s menu items that weren’t included above. Here are the explanations behind why these are not vegan:

Chili’s veggie burger (black bean patty) is not vegan. It contains both milk and eggs.

Chili’s rice is confirmed vegan. The vegetarian and vegan guide on Chili’s website states that their Mexican Rice is vegan and does not contain milk or eggs.

Chili’s chips are confirmed vegan. The vegetarian and vegan guide on Chili’s website states that their Tostada Chips and Salsa and their Fresh Gaucamole and Chips dishes are both vegan.

With each of my vegan guides to restaurants, I like to include a list of whole-food plant-based (WFPB) options, too. This list is for you if you’re vegan for health and trying to strictly avoid fried and processed food in addition to animal products.

Here are the clearly WFPB options at Chili’s:

These options may also be WFPB, or they’re close anyway:

For WFPB beverages, I’d ask if they have club soda, black coffee, or unsweetened tea. If not, I’d go with water.