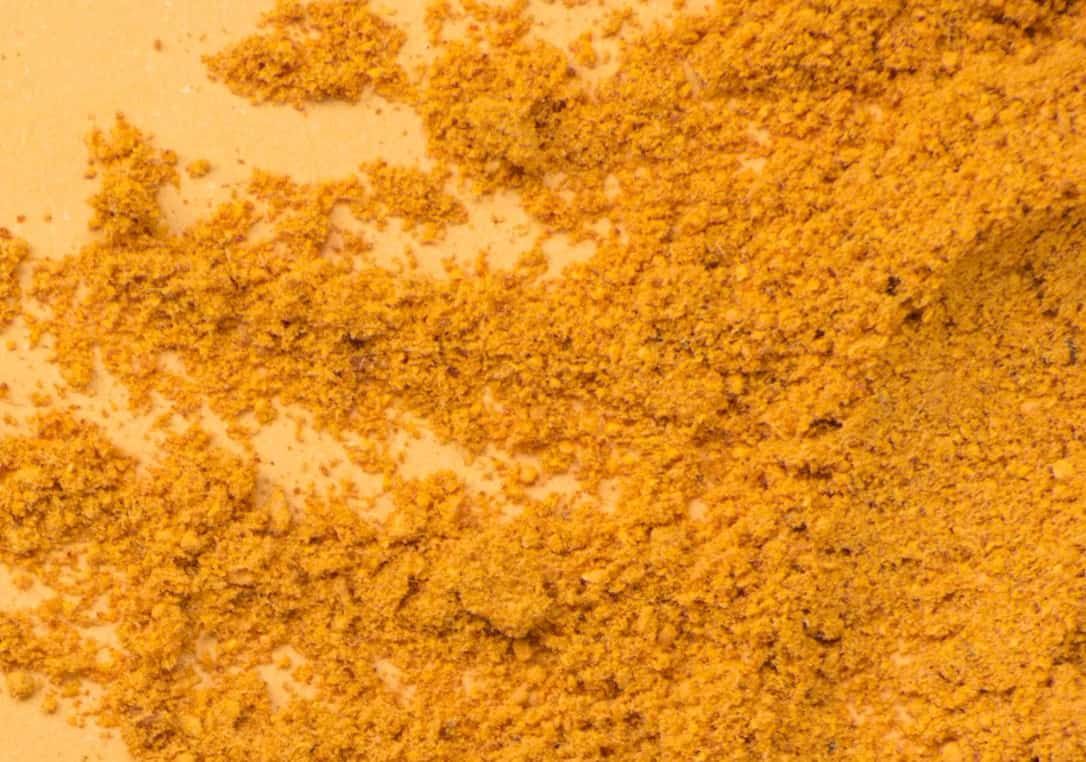 Yellow 6 is a legal food coloring in the United States—but not everywhere. This controversial food dye, also known as Sunset Yellow FCF, sure has its detractors. And we’ll cover that below. But first: What is it made of? Is Yellow 6 vegan?

Yellow 6 is generally considered vegan. It is made synthetically from petroleum—not from animal products. However, Yellow 6 is still tested on animals to determine its safety. For this reason, some vegans avoid Yellow 6 along with other artificial food dyes.

Below, I’ll share how Yellow 6 is really made (hint: it’s not from pigs). I’ll share a small sampling of the kinds of animal experiments done with Yellow 6. And I’ll cover the safety concerns with this food dye—including which countries have banned it!

Yellow 6 is one of the three most widely used food dyes in the United States, along with Red 40 and Yellow 5. (source)

Yellow 6 is used in foods like candy, desserts, baked goods, preserved fruits, snacks, and sauces. Together with amaranth, it is used to make a brown color used for chocolate and caramel.

Yellow 6 is also used to color sausage and canned fish. And that’s not all. It’s used in non-food products like condoms, medications, and cosmetics.

It also goes by the following names:

What Is Yellow 6 Lake?

Yellow 6 Lake is a preparation of Yellow 6 that is insoluble to water. This allows it to be used in situations where the color cannot run when it comes into contact with water.

For example, on the outer coating of a pill that comes into contact with saliva, Yellow 6 Lake would be preferred over Yellow 6.

What Is Yellow 6 Made Of?

Yellow 6 is made synthetically from petroleum. Yellow 6 is not made from pork or any animal product.

As an azo dye, the Yellow 6 molecule features a double bond between two nitrogen atoms at its center. Many of the other most popular artificial dyes are also azo dyes made from petroleum.

Synthetic chemistry allows countless products to be made from petroleum. For more about the specific steps in the synthesis of Yellow 6, refer to this document.

Yellow 6 does not contain pork or any other animal ingredients. It is synthetically produced from petroleum.

Yellow 6 is generally considered halal. It is not derived from pigs or any animal products. Yellow 6 is a synthetic petroleum product.

Is Yellow 6 Tested on Animals?

Yellow 6 is still being tested on animals, as its long-term health effects are still being determined.

The following are a few animal experiments published in the last decade on Sunset Yellow FCF (Yellow 6):

If you read the abstract for each of these studies, usually ongoing safety concerns (see below) are cited as the reason for the tests being done.

In addition to these recent studies, I found this striking description of a test carried out in the 1960s with beagle dogs and Yellow 6 dye:

“In the 1960s, the FDA completed a seven-year feeding study on a small number of beagle dogs. […] Kent J. Davis, an FDA veterinarian, attributed ‘tears, eye lid encrustations, pannus [corneal inflammation], and corneal opacity approaching blindness’ to ingestion of Yellow 6 (Davis July 9, 1970). He concluded that, because of the eye lesions, ‘it is apparent that immediate decertification of this color is necessary in order to protect the public health at the recommended level of present safety standards.'” (source)

As you can see, animals are being used on an ongoing basis to identify all the risks with this artificial food coloring.

This is a different situation from one-time animal testing to confirm a new product’s safety. This is ongoing testing to see how dangerous the dye is, in what quantity.

It sounds like you could say that Yellow 6 is not cruelty-free. But the conversation is actually somewhat complex…

Does It Help to Boycott Ingredients Tested on Animals?

It’s sad to learn about experiments being conducted on innocent animals. But does it help animals to boycott the products being tested?

In this case, as long as Yellow 6 is widely produced and consumed, it will likely continue to be tested. Even if all vegans or vegetarians boycott Yellow 6, the lowered demand would probably not stop experiments in coming years.

Also since Yellow 6 is so widely used, in so many products, companies are not likely to notice a shift in demand away from products with the ingredient.

My personal opinion: If you want to boycott these products, you should email or call the companies and tell them why you’re doing it. Otherwise, they’re not likely to even notice.

According to an article from ABC, Yellow 6 is banned in Japan. Other sources claim that Yellow 6 has also been banned in Norway, Austria, Sweden, and Finland. (source, source, source)

in the European Union, food manufacturers must add a warning to products with Yellow 6. The warning says it “may have an adverse effect on activity and attention in children.” (source)

And there are organizations that are more concerned. The Center for Science in the Public Interest cites Yellow 6 and the eight other approved food dyes as being a “rainbow of risk.”

So is all this concern warranted? What’s the matter with Yellow 6?

Most of the supposed negative effects of Yellow 6 are not solidly proven at this time. Rather, there are concerns and ongoing testing. But the main concerns surround these issues:

I wrote quite a bit about the hyperactivity issue in my post on Red 40. So let’s take a look at the possible link between Yellow 6 and cancer.

Does Yellow 6 Cause Cancer?

So far, studies of Yellow 6 have not shown a strong, clear connection to cancer. However, some still believe there are reasons for caution. (source)

When artificial dyes are synthesized, the result is not a pure product, but it often contains around 10% contaminants. Some of these contaminants are known to be harmful.

There are also some animal trials where Yellow 6 resulted in the formation of kidney/adrenal tumors—but this is disputed by the industry and by the FDA itself. (source, source)

Much like Yellow 5 and other artificial food colorings, Yellow 6 causes allergic reactions in a small subset of the population. And you can find some alarming descriptions of these hypersensitivity reactions:

“A 15-year-old pregnant girl went into anaphylactic shock after she was given an enema that contained Yellow 5 and Yellow 6. Approximately 5 minutes after administration of the enema the patient became dizzy, sweaty, and hypotensive; she collapsed and was unconscious. Her blood pressure became unrecordable and her carotid pulses were ‘weak.’ Her skin became red all over. After she regained consciousness, she was nauseous, had dull perception, and eventually developed hives, chest tightness, and shortness of breath (Trautlein and Mann 1978). Subsequent tests indicated that she was sensitive to both Yellow 5 and Yellow 6.” (source)

And here is another striking case study of a Yellow 6 allergy:

“A 53-year-old woman visited the doctor for severe skin lesions. Two days after receiving treatment she was hospitalized for distaste for food, as well as indigestion, retching, belching, severe abdominal pain, and vomiting. When the drugs (administered orally) were discontinued, the symptoms subsided, and when the drugs were administered again the symptoms reappeared. A challenge test confirmed that Yellow 6 was the causative agent (Jenkins, Michelson et al. 1982).” (source)

Obviously these kinds of reactions are very rare, however.

So, Should Vegans Avoid Yellow 6?

Whether to strictly avoid Yellow 6 depends on your priorities and values as a vegan. Let’s recap some of the points to consider:

Yellow 6 doesn’t seem like a great thing to consume in large quantities. It would probably be better if humans just gave it up entirely.

Personally, I do not strictly boycott Yellow 6 as a vegan. That said, I do try to mostly avoid processed foods overall, and so I do avoid regularly consuming artificial food colorings that way.