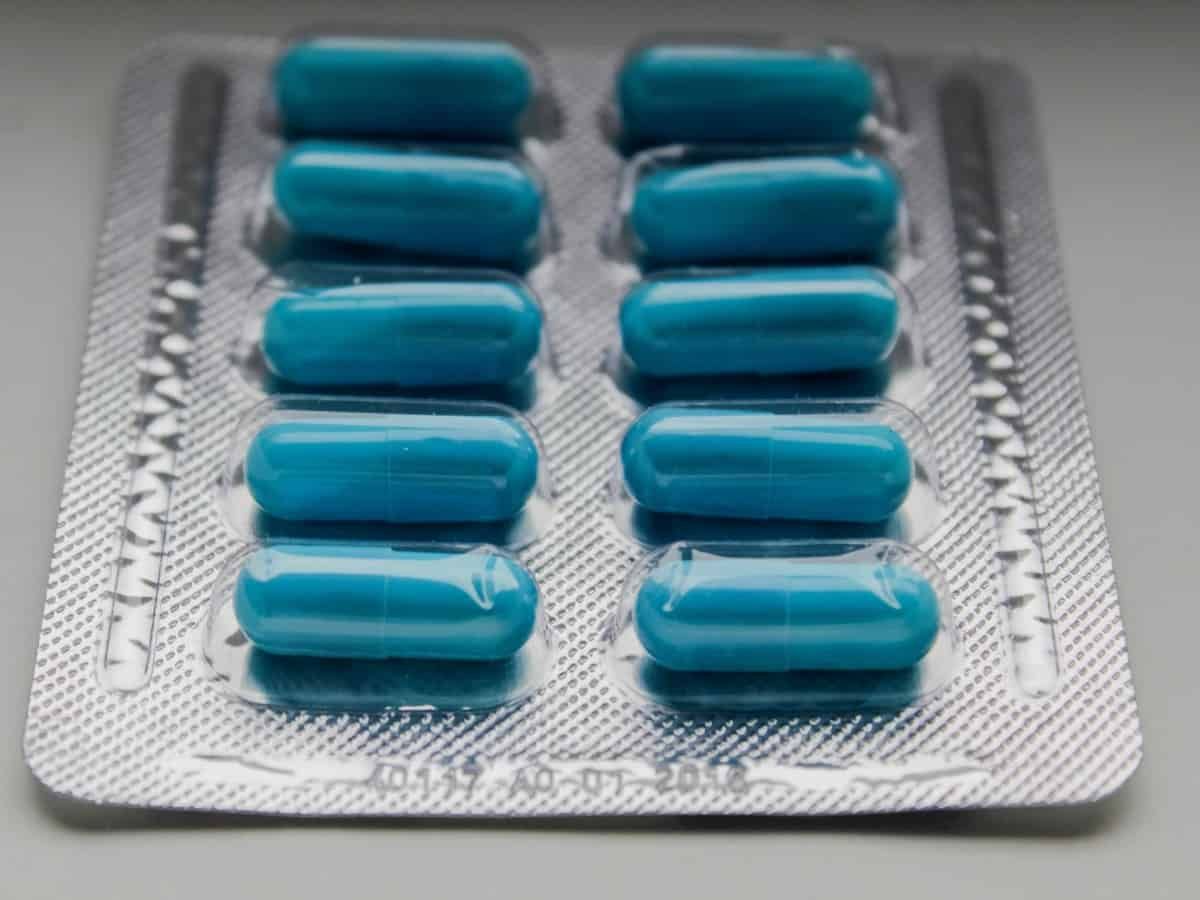 The artificial food coloring “Blue 2” is used in pet food, candy, medications, and more. It’s the fifth most common artificial food dye in terms of pounds produced annually (source). But what’s it even made of? Is Blue 2 vegan?

Blue 2 is generally considered vegan. It is made synthetically from petroleum, not animal products. However, Blue 2 is still the subject of ongoing animal testing to determine its safety. For this reason, some vegans avoid Blue 2 and other artificial food coloring.

Below, I’ll explore exactly how Blue 2 is made. I’ll clear up the confusion about crushed insects in Blue 2. And I’ll dive into some of the animal studies being conducted on Blue 2, including a heartbreaking study involving beagle dogs.

Blue 2 is made synthetically, by exposing indigo to a sulfonation reaction. Historically, indigo was harvested from plant leaves, but today it is usually produced synthetically from petroleum. (source)

Blue 2 is not made from pork, insects, or any other animal products. The nickname for Blue 2, “indigo carmine,” sounds similar to “carmine,” which is a natural red dye made from crushed cochineal beetles. But Blue 2 is made synthetically.

Blue 2 also goes by many names:

You may have seen “Blue 2 Lake” in your food ingredients, instead of just Blue 2. What’s the difference?

Blue 2 Lake is a water-insoluble version of Blue 2 dye. Blue 2 is a liquid colorant, but Blue 2 Lake is a powder that can be used to coat candies and pills, which should not dissolve when coming into contact with saliva.

Blue 2 Lake is generally considered vegan, as far as the ingredients and process used to synthesize it. It is made from petroleum, not animal products. The only concern would be animal testing.

Is Blue 2 Tested on Animals?

One heartbreaking study from decades ago involved feeding Blue 2 dye to beagle dogs for months or years, and seeing how long it took to kill them:

“Indigotine was fed to beagle dogs for periods up to two years at dietary levels of 1.0 and 2.0%. Four of the six dogs at the 2.0% level died during the two years, and one of the four at the 1.0% level was sacrificed in a moribund condition.” (source)

And there have been many more animal studies, even continued up to the present day:

For example, a 2019 study published in Nutritional Neuroscience tested how indigotine (Blue 2) affected the hippocampus of rats. An earlier 2013 study in the same journal tested how Blue 2 and other food dyes affected the offspring of female rats.

Considering this, many people would assert that Blue 2 is not cruelty free. That said, it’s worth asking the question of whether it actually helps to boycott the ingredient as a vegan…

Does It Really Help to Boycott Artificial Colors like Blue 2?

As long as Blue 2 is widely produced and consumed, it’ll continue to be tested. Even if all vegans boycott Blue 2, the lowered demand would likely not reduce animal testing in the coming years.

Since Blue 2 is used in so many products, companies are also not likely to notice a decrease in demand for products that specifically have the ingredient.

My opinion: If you want to boycott Blue 2 or other specific, small ingredients like that, you should email or call the companies—tell them why you’re boycotting their products. Otherwise, they’re not likely to notice.

As with the other 8 food colorings approved by the FDA for use in food, the safety of Blue 2 is a matter of ongoing debate and research.

Obviously, Blue 2 is considered safe by the FDA—otherwise, it wouldn’t be legally allowed in food. But there are some concerning studies of the effects of Blue 2 on rats. The concern specifically has to do with tumor formation.

There was a statistically significant increase in brain gliomas and malignant mammary gland tumors found in male rats fed a 2% diet of Blue 2. The FDA found reasons to discount these findings and to not ban the dye—but critics insist that Blue is not safe. (source)

Also, as with other artificial food coloring, there are some concerns with hyperactivity in children. (source)

Should You Avoid Blue 2 as a Vegan?

Whether you avoid Blue 2 depends on your priorities and reasons for being vegan. Let’s recap some of the main points:

Personally, I do not strictly avoid Blue 2 as a vegan. That said, I limit my consumption of processed foods, so I don’t regularly consume artificial food dyes for that reason.