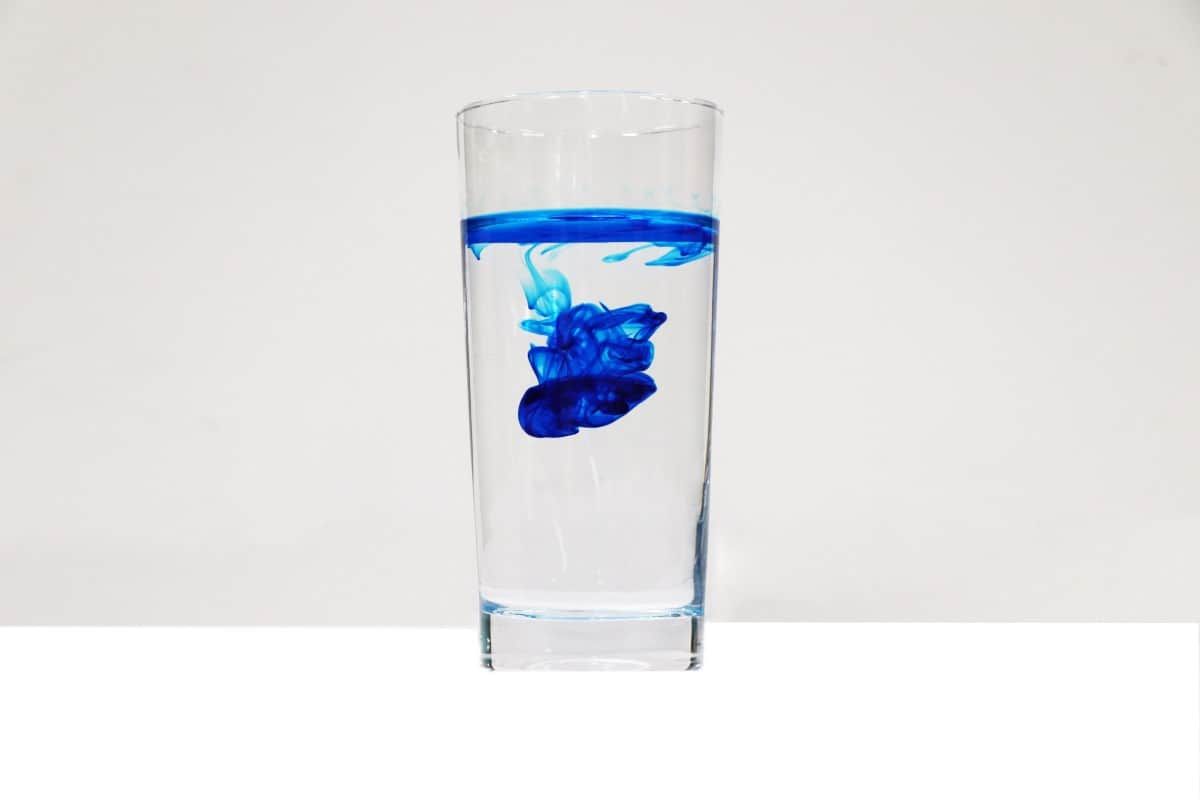 Can you guess what cotton candy, canned peas, and mouthwash have in common? Answer: Blue 1. This artificial food dye is quite common! But what’s it even made of? Is Blue 1 vegan?

Blue 1 is generally considered vegan. It is made synthetically from petroleum, not animal products. However, Blue 1 is still the subject of ongoing animal testing to determine its safety. For this reason, some vegans avoid Blue 1 and other artificial food coloring.

Below, I’ll explore exactly how Blue 1 is made. I’ll clear up the confusion about crushed insects in Blue 1. I’ll dive into some of the animal studies being conducted on Blue 1, including a heartbreaking study with beagle dogs.

Blue 1 is made synthetically from petroleum products. It was originally made from coal tar, but most manufacturers today use an oil base. (source)

The specific steps for synthesis of Blue 1 can be described as ” the condensation of 2-formylbenzenesulfonic acid and the appropriate aniline followed by oxidation.” (source)

Is Blue 1 Made From Bugs?

There’s one natural red food coloring that is actually made from crushed beetles. It goes by the following names: Carmine, carminic acid, cochineal, or Red 4.

Because of the gross legacy of carmine, some vegans get worried that other food dyes are also made from crushed insects or something similar. But I assure you: Blue 1 is an artificial food coloring, made from petroleum—not insects or any other animal.

From a vegan perspective, there is nothing to worry about with the actual materials Blue 1 is made of. But below, I’ll cover the animal testing and safety concerns, as well.

You may have seen the ingredient “Blue 1 Lake” on your food packaging, instead of just Blue 1. What’s the difference?

Blue 1 Lake is a water-insoluble version of Blue 1 dye. This means it will not dissolve or run in the presence of water. This is preferable for many uses, like for example, the outside of a pill that will be in contact with saliva.

Blue 1 Lake is also vegan-friendly, as far as the ingredients and process used to synthesize it. Again the main concern would be the animal testing (see below).

Blue 1 is generally considered halal. It is derived synthetically from petroleum, not from any animal ingredients.

I found at least two other independent sources that confirm this halal designation:

Is Blue 1 Tested on Animals?

Here is a description of one experiment where Brilliant Blue FCF (Blue 1) was fed to beagle dogs, to see how long it took to kill them:

“Five beagle dogs received a dietary level of 2.0%, and three dogs a level of 1.0% of Brilliant Blue FCF for one year. One dog died after 17 days on the 2% dietary level and another died after 46 weeks on the 1% level.” (source)

There have also been studies where Blue 1 was injected into rats:

“Subcutaneous injections of 30 mg of Brilliant Blue FCF or 20 mg of Indigotine into rats weekly for two years produced fibrosarcomas at the site of injection.” (source)

And here are two more animal studies involving Blue 1 that were easy to find:

This ongoing testing has been necessary for regulatory bodies to make evaluations about whether Blue 1 should be banned or allowed in food.

The descriptions of these tests may make it sound like Blue 1 is certainly not cruelty-free. But the discussion is actually a nuanced one…

Does It Actually Help to Boycott Ingredients Tested on Animals?

As long as Blue 1 is being widely produced and consumed, it will likely continue to be tested. Even if all vegans boycott Blue 1, the slightly lowered demand would probably not reduce animal testing in coming years.

Also, since Blue 1 is so widely used, in so many products, companies are not likely to notice a shift in demand away from products that specifically have this ingredient.

Here’s my opinion: If you want to boycott these products, you should email or call the companies and tell them that you’re doing so and why. Otherwise, they’re not likely to even notice.

You can find references to Blue 1 being banned in Norway, Finland, and France. But such regulations keep changing. Some older restrictions on artificial dyes have been lifted as more data becomes available. (source)

If you want the most scrupulous and critical look at Blue 1 and other artificial food dyes, you should look at the literature published by the Center for Science in the Public Interest.

When it comes to Blue 1, critics emphasize that we just don’t know enough yet. So far, the best studies have concluded that Blue 1 was not toxic to mice and rats. But these studies were industry funded.

An unpublished study on Blue 1 suggested the possibility of it causing tumors in mice. So more research may be warranted. In addition, one test-tube study found that Blue 1 inhibited nerve cell development. So the effect on unborn fetuses is of concern. (source)

As with most artificial food colorings, there are also potential concerns about allergic reactions in some people, and potential effects on hyperactivity and ADHD in children.

Should You Avoid Blue 1 as a Vegan?

Whether you avoid Blue 1 depends on your priorities and reasons for being vegan. Let’s recap some of the main points:

Personally, I do not strictly avoid Blue 1 as a vegan. That said, I just try to limit my consumption of processed foods overall, so I don’t regularly consume artificial food coloring for that reason.