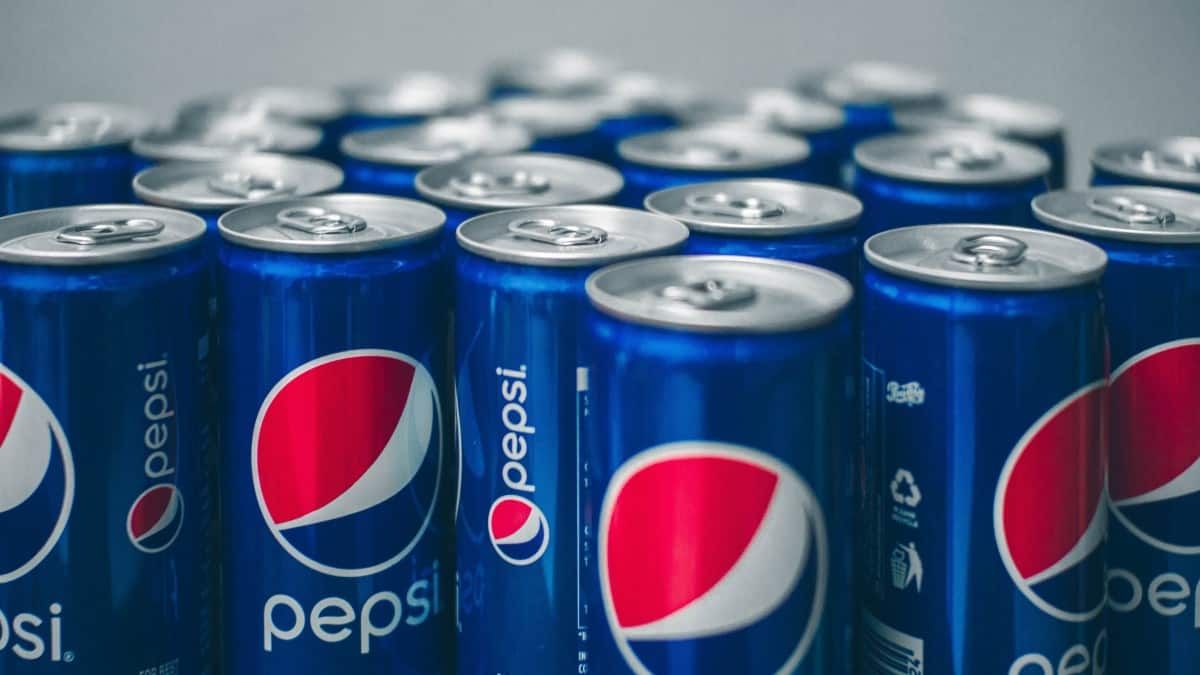 When I was in college, one of my favorite sodas was Diet Pepsi. I wasn’t even on a diet—I just liked it. But years later, as a vegan, I heard Diet Pepsi is supposedly non-vegan, due to a “secret” ingredient that the company won’t disclose. So what’s up with that? Is Pepsi vegan?

Below, I’ll break down all the ingredients in Pepsi—and more interestingly, I’ll dive into this whole mystery about whether Diet Pepsi is vegan outside of the UK or not. I’ll cover Pepsi Zero Sugar, Pepsi Max, and other flavors, too. I’ll end by addressing some claims of pig blood in Pepsi!

What Is Pepsi Made Of?

Pepsi contains 7 ingredients. I was just looking at Coca-Cola’s ingredients yesterday for a separate blog post on whether Coke is vegan, and I can confirm: The ingredients lists are quite similar!

So we know regular Pepsi is vegan. Why isn’t Diet Pepsi vegan, though?

PepsiCo made headlines a few years ago for refusing to disclose which ingredient makes Diet Pepsi not vegan.

Supposedly they withheld the information because it is “commercially sensitive.” Now, I’m guessing that just means it sounds yucky—and they don’t want to deal with press writing about how Diet Pepsi contains some nasty animal-derived ingredients.

But who knows—I’m just speculating. Anyway, this issue really does get more and more interesting as you dig into the details. It’s like a real mystery to solve…

First, I just want to point out one thing: This whole issue about Diet Pepsi being non-vegan comes from mostly UK sources.

The issue was made popular by The Metro, which is a UK publication. They cited a Tweet about how Diet Pepsi isn’t vegan “in the UK.” They also cited a blog post on the use of gelatin in drinks in the UK.

You can also find a page on Pepsi’s website that says Diet Pepsi isn’t vegan… but it’s on their UK website specifically.

All this left me with the question: “Wait… is Diet Pepsi not vegan in the US and around the world, too? Or just in the UK?”

Here’s the thing: The ingredients list for Diet Pepsi is not even the same in every country. When you compare the US, Canada, and UK versions of Diet Pepsi, they have different ingredients.

So there’s no reason to assume Diet Pepsi is non-vegan worldwide based on statements about the UK version.

Is There Gelatin in Diet Pepsi in the UK?

The fact is that we currently don’t know what non-vegan ingredient Diet Pepsi has in the UK. The company has refused to disclose it.

But that hasn’t stopped us vegans from trying to figure it out.

The ingredient with the most scrutiny? Gelatin. Here are the reasons why some people suspect Diet Pepsi contains gelatin:

A writer for LiveKindly wrote that “it can’t be gelatine that’s present in Diet Pepsi because it’s suitable for vegetarians.” But while that’s a fair point to make, I wouldn’t be so sure. Here’s why…

I’ve been writing about what’s vegan for this blog for a couple of years now. And especially when I did my series on vegan menus at chain restaurants, I noticed something striking…

Corporations can be so awkward and impractical at labeling what’s “vegan” and what’s not! And it’s really confusing and frustrating.

For example, many restaurants say their french fries aren’t vegan. And when you hear that, you may assume: “Oh, they fry them in animal fat?”

But while that is the case at some places, like Buffalo Wild Wings, other times they simply label the fries “non-vegan” because they’re fried in the same fryer as some chicken or other animal product.

Other restaurants won’t label anything vegan on principle—seemingly because they’re scared of being sued for getting it wrong.

My point is this: When PepsiCo says Diet Pepsi in the UK is “vegetarian” but not “vegan,” I’d take it with a grain of salt. Who knows exactly what PepsiCo defines as “vegetarian” vs “vegan.” Let’s not extrapolate more than is warranted from their statement.

Personally, I don’t really understand why PepsiCo sells “Diet Pepsi” and “Pepsi Zero Sugar.” I guess the amount of caffeine is different. The ingredients are a bit different. But nevertheless.

Oh well. Here it is:

Pepsi Zero Sugar does contain a few ingredients we didn’t talk about yet. Luckily, they’re all vegan. The most interesting is Panax Ginseng Root Extract. It’s actually a “popular remedy in herbal medicine” (source)! And as it is an extract from a root, it’s clearly vegan.

Pepsi Max is considered vegan. The ingredient list is free of animal products. Also, PepsiCo has stated that Pepsi Max is “suitable for vegetarian and vegan diets.”

Pepsi Max is sold mainly in European and Asian countries, whereas Pepsi Zero Sugar is the similar offering in the United States. Here you can see, it’s mostly ingredients we’ve already covered above:

There are actually a bunch more flavors of Pepsi, too. Let’s take a look at each of them quickly:

I also quickly checked the ingredients of the following variants, and all looked good:

Note: I can’t make any promises about Diet Pepsi Wild Cherry, due to all the Diet Pepsi confusion mention above.

There are just a few new ingredients here: Sodium citrate, gum arabic, and kola nut extract. Fortunately, all of these are vegan, too!

I also checked these 3 variants—they all looked good, too:

The only hesitation, of course, is that sugar is often filtered with animal bone char. Since PepsiCo has claimed that all of its products other than Diet Pepsi are “suitable for vegetarian and vegan diets,” this should apply here, as well.

But again, that claim was made on PepsiCo’s UK website. Since Pepsi Real Sugar doesn’t appear to be sold in the UK, it’s always possibly they didn’t include this product in that statement.

Does Pepsi Have Pork In It?

Pepsi does not contain pork, pig’s blood, pig extract, or pig fat. PepsiCo has stated that Pepsi is “suitable for vegetarian and vegan diets,” which means it is pork-free. That said, Diet Pepsi contains an unknown non-vegan ingredient in the UK, so that could be pig-related.

You can find some claims out there that scientists have identified “extract from the intestines of Pig” in Pepsi and Coke. But this has been debunked by much more reputable sources.

One of the sources I found making these claims about pig extract in cola also said that drinking 6 bottles of Pepsi will cause “instant death.” Yeah, sounds pretty scientific.

Here, the New Yorker actually published an interesting piece that mentioned the “pig extracts” rumor that haunted both Coke and Pepsi:

“Both Coca-Cola and Pepsi-Cola suffered severely in Egypt seven years ago, when it was alleged that a principal ingredient of all cola drinks was a distillation of the intestines of pigs—animals that are anathema to Moslems. Before the rumor could be scotched, sales of Coke and Pepsi fell off drastically, and when the story was wafted over to Morocco, the reaction was identical.” – The New Yorker, 1959

Does Pepsi Have Dairy?

Pepsi does not contain dairy. PepsiCo has stated that Pepsi is “suitable for vegetarian and vegan diets.” meaning that it must be dairy-free. The Food Intolerance Network also clearly states that Coca-Cola and Pepsi do not contain lactose.

It should be noted here—the “caramel color” in Pepsi is not derived from milk. As mentioned above, caramel color is not actual caramel. It’s just a shade of color made by heating up corn syrup or other carbohydrates. (source)