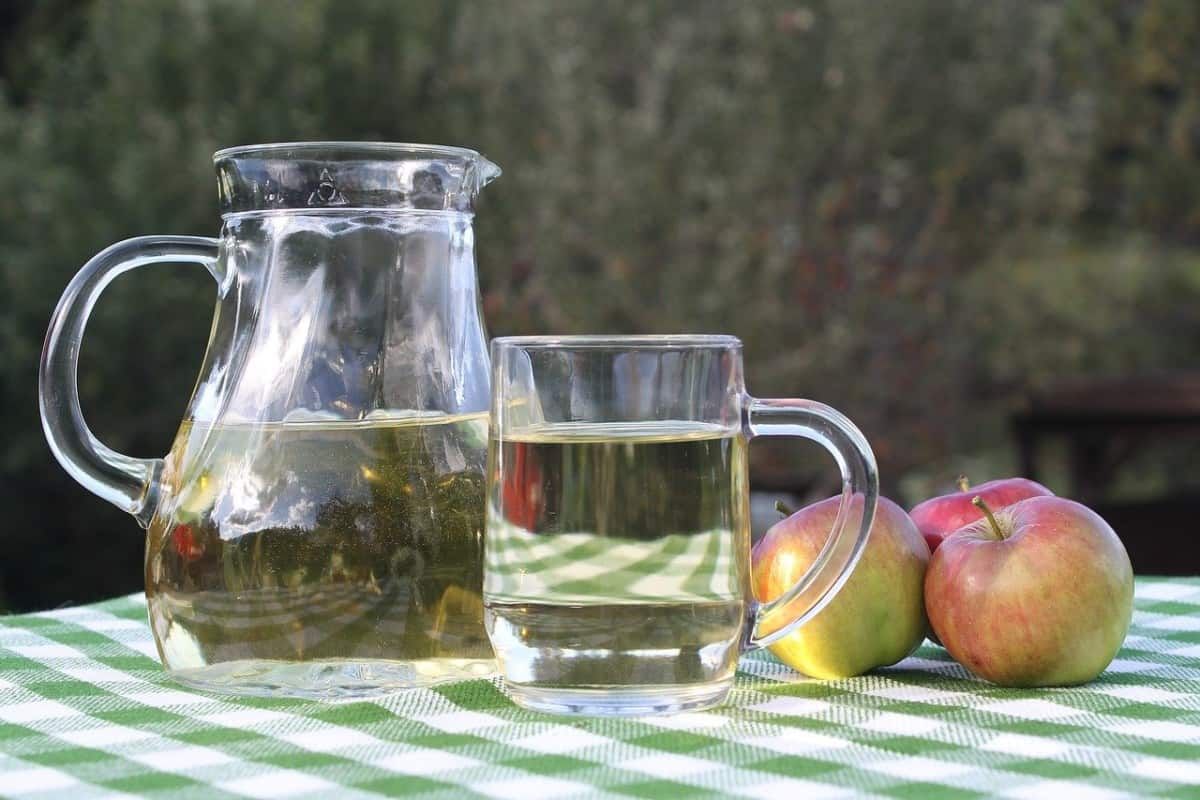 I recently saw “potassium sorbate” listed in the ingredients for some apple cider I was drinking. Turns out, it’s a common food preservative. But since I’m a nerdy vegan who likes to know what I’m actually eating, I decided to research it some more.

What Is Potassium Sorbate?

Potassium sorbate, also known as E202, is a preservative. It is used in many foods, wines, and personal care products. It helps prevent the formation of mold and yeast, and it’s odorless and tasteless.

Chemically speaking, potassium sorbate is the potassium salt of sorbic acid. This allows it to be more soluble in water compared to the acid itself.

Here are some of the specific foods that often contain potassium sorbate:

Potassium sorbate and other sorbic acid preservatives have become favored over nitrate preservatives, since nitrates were found to result in the creation of carcinogens. (source)

How Is Potassium Sorbate Made?

Sorbic acid was originally made from berries, but that’s not how it is commercially produced today.

The sorbic acid used today to make potassium sorbate is made from crotonaldehyde and ketene (source). These ingredients are both synthetically derived from products of oil and natural gas.

In order to be vegan, an ingredient should not be derived from animal ingredients or involve the use of animals in its production. This is the case for potassium sorbate, as it’s made from synthetic and mineral sources—not animals.

Is Potassium Sorbate Bad for You?

According to the FDA, potassium sorbate is generally recognized as safe (GRAS) when used properly. It is commonly only included in foods at very low levels.

Potassium sorbate does not accumulate in the human body. Instead, it is converted into carbon dioxide and water and just passes through your body. (source)

Overall, the Environmental Working Group (EWG) has given potassium sorbate a rating of 3 out of 10 (low risk), based mainly on allergies.

As with many synthetic food ingredients, there are several variants with similar properties as potassium sorbate.

To start with, sorbic acid is the acid form of the same ingredient. I’ll also cover the other salts, calcium sorbate and sodium sorbate.

Sorbic acid (E200) is considered vegan. It is produced synthetically from crotonaldehyde and ketene, which are both derived from oil and natural gas. Sorbic acid can also be produced from berries, although this is not common for commercial use.

I struggled to learn exactly how calcium sorbate and sodium sorbate are produced. I would assume they are both vegan. They are simply the calcium salt and sodium salt of sorbic acid, which is vegan (as covered above).

Calcium sorbate and sodium sorbate, however, are both banned for use as food additives in the European Union.

Potassium sorbate is vegan, as it is synthetically made from derivatives of oil, natural gas, and minerals—not animals. It also appears to be safe when consumed and used in normal ways, although some people experience skin irritation due to allergies.