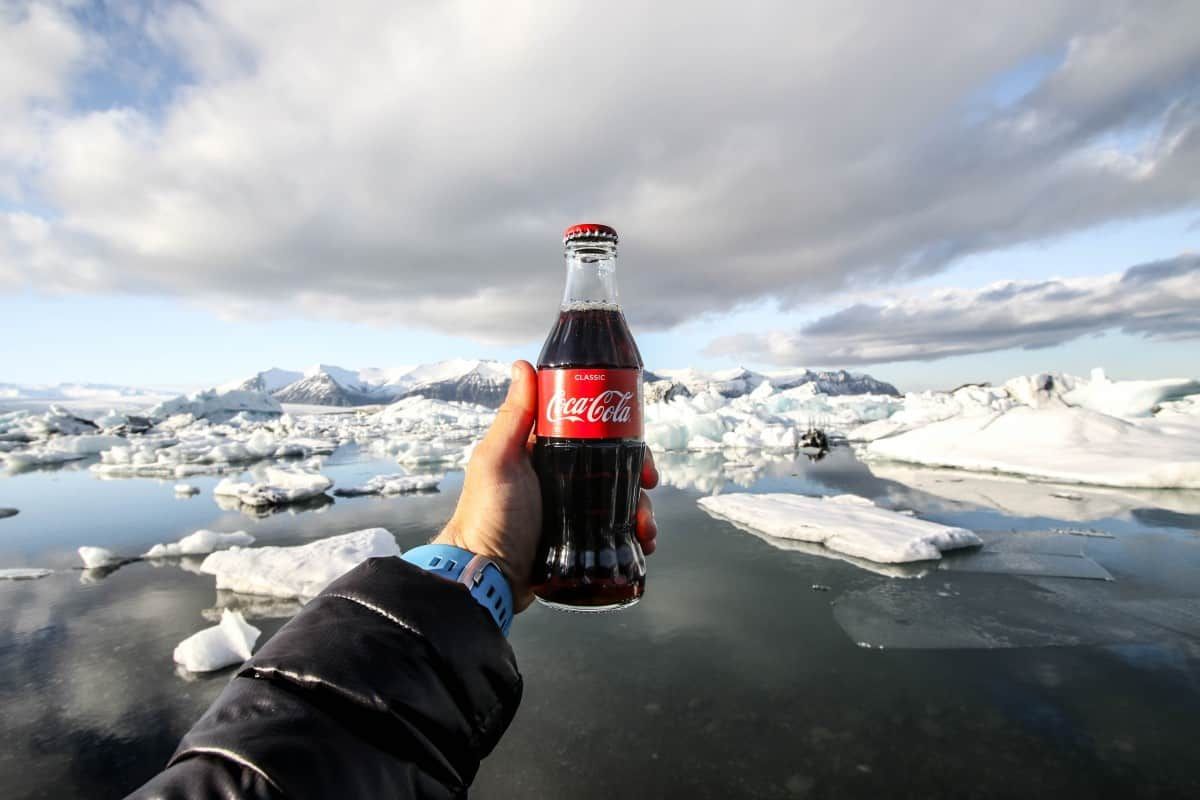 With only six ingredients, Coca-Cola is a pretty simple drink. But there’s actually a lot of controversy behind whether it’s vegan. From myths about pig blood to a real history of cutting open chimpanzees’ faces, let’s talk about these issues today. So, is Coke vegan?

Coca-Cola is generally considered vegan. The ingredient list is free of known animal ingredients, and Coca-Cola has published a statement confirming that it is vegan-friendly. However, some vegans still have concerns with supporting the Coca-Cola Company for other ethical issues.

Below, we’ll cover the ingredients of every Coca-Cola flavor. We’ll also look at issues like animal testing, environmental impact, and other ethical issues with Coke. Lastly, we’ll look into the claims that Coca-Cola contains “pork extract” from pig intestines!

Regular Coke actually only contains six ingredients. Let’s take a look at each one from a vegan perspective and see if there’s anything to worry about:

So, as you can see, Coca-Cola is pretty safe in terms of animal ingredients. And what’s more, like I noted above, Coca-Cola itself has mentioned (on its UK website) that Coke is vegan.

Diet Coke is considered vegan. The ingredient list is free of known animal ingredients, and Coca-Cola has published a statement confirming that it is vegan-friendly.

There are just four ingredients in Diet Coke that we didn’t already cover above for regular Coke:

So you can see, there are no real sketchy ingredients in Diet Coke from a vegan perspective.

Coke Zero is considered vegan. The ingredient list is free of known animal ingredients, and Coca-Cola has published a statement confirming that it is vegan-friendly.

Here are the ingredients of Coke Zero Sugar:

The only ingredients in Coke Zero Sugar that haven’t already been covered above are Potassium Citrate and Potassium Benzoate. These are just the potassium salt versions of citric acid and sodium benzoate, which we’ve covered—nothing to worry about.

Cherry Coke is considered vegan. The ingredient list is free of known animal ingredients, and Coca-Cola has published a statement confirming that it is vegan-friendly.

As you can see, it only contains ingredients we’ve already discussed and cleared above:

There are actually a ton more flavors of Coke, so let’s cover a few more that you might see.

Coca-Cola With Coffee is considered vegan. The ingredient list is free of known animal ingredients.

Coca-Cola With Coffee does contain sucralose, which has a long history of animal testing. That said, most vegans would not boycott it for that reason. I explain more in my blog post on sucralose.

Guarana Extract is made from seeds. The other new ingredients—sodium bicarbonate, vitamin B3, and vitamin B6—are in the clear, as well. Oh, and potassium sorbate is fine. I have a whole blog post about that ingredient.

Coca-Cola Life is generally considered vegan. However, due to the cane sugar used, it may be more controversial to strict vegans than regular Coca-Cola, which uses high-fructose corn syrup.

That said, only the strictest vegans tend to be concerned with this kind of issue. Most vegans are okay with going ahead and consuming white cane sugar.

The “Local Tastes” of Coca-Cola also look fine from a vegan perspective. These include “Coca-Cola Georgia Peach” and “Coca-Cola California Raspberry.”

And of course there are a ton of extra combinations of flavors. You can get the “Zero Sugar” and “Caffeine Free” versions of various flavors above. But there are no dramatically different ingredients. They’re all generally vegan-friendly.

What Are the Natural Flavors in Coke?

The exact mix of ingredients in the “Natural Flavors” of Coca-Cola are not publicly known. However, there are some details that inquisitive people have figured out or made educated guesses about.

It’s believed that citric acid plays a major role in the flavoring. A number of herbs have been suspected or tied to Coca-Cola, as well: Cinnamon, coriander, nutmeg, neroli, lemon, orange, vanilla, lavender oil, and “kola nuts.” (source)

Does Coca-Cola contain cocaine? Coke did contain actual cocaine for about 20 years (1886 to 1906)! But they had to replace it with caffeine due to the Pure Food and Drug Act of 1906. Coke today does not contain the drug cocaine. (source)

Coca-Cola is generally considered cruelty-free. The company has stopped all animal testing, along with pressuring its suppliers and partners to use alternatives to animal testing. However, Coca-Cola is still not an entirely vegan company.

A letter to PETA from Coke senior vice president Danny Strickland in 2017 promised the following:

“The Coca-Cola Company does not conduct animal tests and does not directly fund animal tests on its beverages. … We are sending letters to our partners and research organizations who may conduct safety evaluations on … ingredients insisting they use alternatives to animal testing ….” (source)

And indeed, in 2019 there was another big victory: Ingredion, which supplies corn syrup to Coca-Cola, also swore off animal testing.

And this is all great news. In the past Coca-Cola was criticized for conducting experiments where they “cut open the faces of chimpanzees to study nerve impulses used in the perception of sweet tastes.” (source)

Ingredion carried out tests where rats were force-fed feces. They also injected rats with a chemical to intentionally give them colorectal cancer. (source)

That said, if you look up Coca-Cola on the Cruelty-Free Investing website, they note that Coca-Cola still uses animal ingredients in certain products.

Specifically, fish gelatin is used in some Coca-Cola Company beverages like Lilt and Schweppes Orange Squash.

There have also been other campaigns highlighting unethical practices by Coca-Cola. These include environmental issues, the health effects of their products, racial discrimination, supporting a supposed “fascist” organization in Israel, and more. (source)

So, Coca-Cola seems to be pretty much cruelty-free, as far as animal testing… But it seems that the company could still go further in being 100% vegan-friendly and ethical across the board.

Oddly enough, you can find some conspiracy theories out there about actual blood in Coca-Cola. Some of these concerns even have to do with human blood. What’s the story behind that?

Unfortunately, I wasn’t able to find any real explanation behind the “human blood” concerns. But I did find some stories about pig intestines…

Is There Pig Blood or Pig Extract in Coke?

There’s been a rumor at various points in the past that Coca-Cola contains “pig extract.” Specifically, this rumor spread among Muslims who were concerned about this making the drink no longer halal. However, this rumor is false.

The New Yorker published some interesting backstory on this:

“Both Coca-Cola and Pepsi-Cola suffered severely in Egypt seven years ago, when it was alleged that a principal ingredient of all cola drinks was a distillation of the intestines of pigs—animals that are anathema to Moslems. Before the rumor could be scotched, sales of Coke and Pepsi fell off drastically, and when the story was wafted over to Morocco, the reaction was identical.” – The New Yorker, 1959

As confirmed in the Huffington Post, Coca-Cola has clearly stated that the beverage contains no animal derivatives, debunking the pork extract myth once and for all.