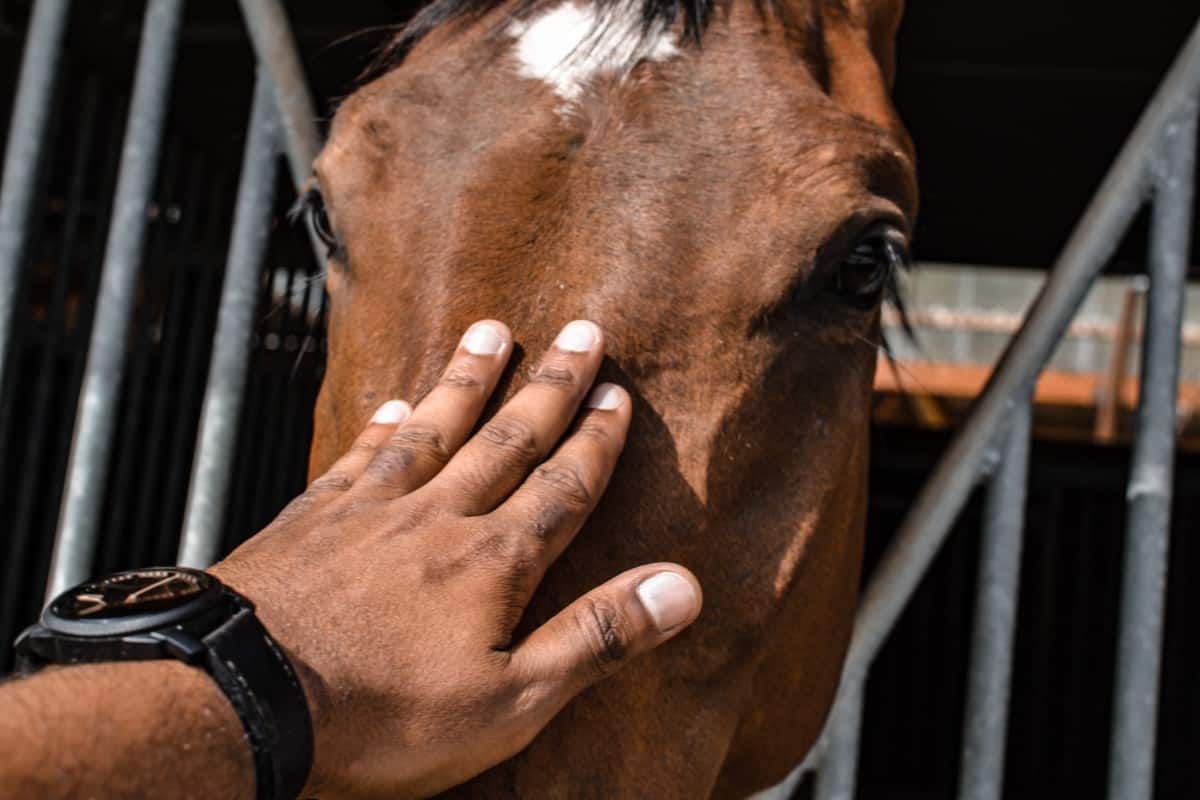 Can animals tell if you’re vegan? It’s such an interesting question. I kept hearing from vegans who said that animals have been more attracted to them since they adopted a vegan diet, so I decided to look into the question a bit more.

So, can animals sense vegans? Animals can likely smell differences in your body odor based on your diet, but there is no strong evidence that animals are more attracted to vegans as a rule. If anything, vegans and vegetarians may tend to approach animals with less threatening body language, causing animals to treat them differently.

In this post, I’ll dive into the strong evidence we have about the effect of a vegan diet on body odor, as well as the less strong (but still interesting) anecdotal evidence I was able to pull together about how animals interact with vegans compared to non-vegans!

One of the reasons you might believe animals can sense vegans is because many animals (such as dogs) have a more heightened sense of smell compared to humans.

Humans as a species are more reliant on our vision to navigate the world, and our sense of smell isn’t that good.

Now, it’s another matter whether animals actually treat you differently because of your different body odor, as I’ll cover. But I think the evidence is quite strong that animals can smell if you eat meat (whether or not they think of it like that).

Scientific Research on How Being Vegan Affects Your Body Odor

This study showed that even within a two week period, eating a “nonmeat diet” significantly altered the test subjects body odor (for the better, by the way).

Then they switched diets and their body odor was collected again. Women then smelled the armpit pads (weird research, I know) and they rated the smells for several characteristics.

Now, the women in this study were not asked to identify which armpit pads came from the nonmeat group versus the meat group…

But they did identify one group (the nonmeat group) as having a better and different smell, and when the diets switched, the women’s preferences went with it.

A Vegan Diet Can Change the Smell of Your Breath, Too

In my article about whether vegans have better or worse smelling breath, I covered the fact that, yes, your diet can significantly impact how your breath smells.

The amount of sulfur in your diet, largely found in animal products (but also onions and garlic, among other foods), is a major factor in “bad breath” (halitosis).

This adds to the evidence that other animals should be able to smell at least some amount of difference when you change your diet as significantly as going vegan.

Anecdotal Evidence That Animals Can Sense Vegans and Vegetarians

I haven’t seen any actual scientific research on whether animals treat vegans and vegetarians differently from meat-eaters. But I did scour the Internet (mostly forums) collecting anecdotal evidence on both sides.

“My father brought this up to me the other day. He is a big deer hunter and he heard from one of his hunting buddies that if he goes vegetarian for a month before deer hunting season starts, the deer will come closer to him because they can sense the difference between a meat eater and a non-meat eater.” (source)

I found several other vegans starting threads in forums where they claim to be more widely loved by animals since going vegan.

One life-long vegan also claimed to be universally loved by all animals, even those who bite their owners.

Despite the fact that quite a few vegans reported this, I’m still suspicious that their vegan diet and their resulting vegan body odor was the cause of this.

Animal Attraction to Vegans Could Be Due to Factors Besides Diet

A lot of vegans are loved by animals, but it’s very hard to say that this is actually because of their vegan diet specifically.

Animals can pick up on many nonverbal cues besides just body odor and the diet it is based on. It could just be the case that vegans tend to be more calm or compassionate when approaching animals.

Cues such as smiling, speaking in a soft voice, and having an open body posture may be what animals are actually drawn to.

Personally, my dog often reacts with suspicion when meeting new people. She often barks, growls, or even lunges at people—I think she must have been trained as a guard dog at some point in her past…

But there are some warm, calm people who my dog is totally okay with meeting from the beginning. And maybe vegans are more likely to have that kind of warmth or calmness, even without it being actually tied to their diet.

Indeed, many of the conversations I found in forums went in this direction.

A general consensus by many people is that your energy and body language will have a big effect on whether animals take well to you—and that is not necessarily a reflection of your diet.

Getting Fewer Bee or Wasp Stings as a Vegan?

One specific anecdote shared in a forum was particularly interesting to me. One user shared that they were stung by wasps a lot more before going vegan:

Again, this is just anecdotal evidence—not a strong form of evidence. But it’s interesting to consider another reason animals could be attracted to you or not: Your sweat!

It makes sense that your diet can change the odor and taste of your sweat.

The study I referred to above detailed the body odor side of the equation. But have you ever tasted your sweat during periods of eating more/less salt? I swear, my sweat gets saltier when I’ve been eating more salt.

Just to provide an argument from the other side, here’s a piece of anecdotal evidence suggesting that animals really don’t know (or at least they don’t care) whether you eat meat:

“I’ve petted a cow while eating a cheeseburger. The cow didn’t give a [expletive] what I was eating, it just wanted it ears scratched.” (source)

In the end, we can’t draw actual conclusions from anecdotal evidence like this, but it’s interesting to hear a range of these experiences!

Do Animals Know If You’re Vegan?

Overall, we have considerable evidence that many animals should be able to notice a difference in scent between vegetarians and meat-eaters. That said, we do not know that this difference in body odor causes animals to treat vegans differently.

It may be most likely that animals just treat you differently based on your energy and behavior, not your diet. That said, I wouldn’t rule anything out!