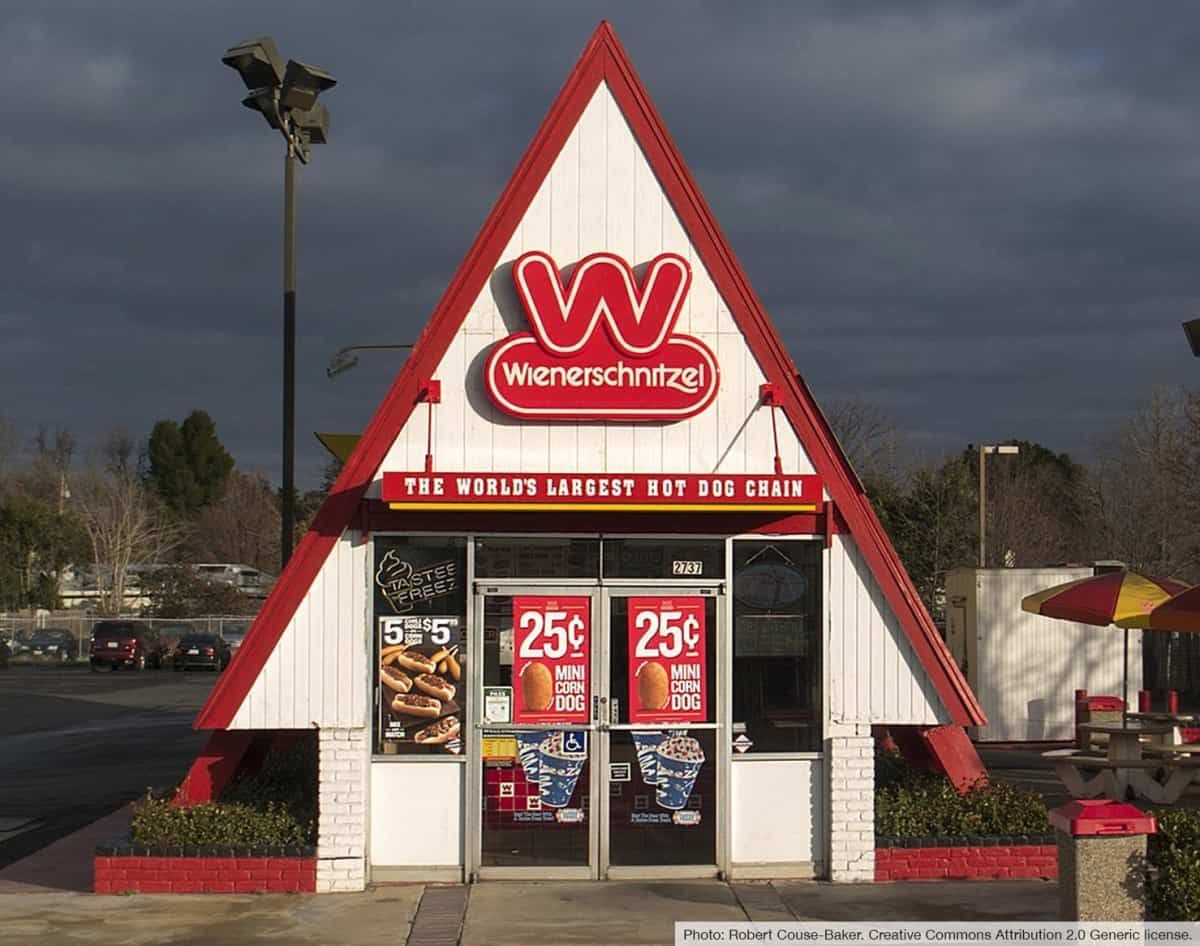 Wienerschnitzel is a restaurant with a pretty cool name, but not many vegan options at all. It’s actually one of the least vegan-friendly restaurants I’ve ever researched.

Most meat-based chain restaurants at least offer some vegan french fries, hash browns, or a salad. But I struggled to confirm whether the Fries and Hash Brown Po’Taters at Wienerschnitzel are even vegan.

Read below for more information, but in summary: This is not really the place you want to go as a vegan.

The following vegan menu was created using the allergen menu on the Wienerschnitzel website. I also sent an email to try to clarify what Wienerschnitzel uses to fry their potato products.

Given that restaurant menus frequently change and vary by location, I recommend double-checking any of the following information at your Wienerschnitzel location.

So, the only 2 food items at Wienerschnitzel that I would consider “confirmed vegan” are the Pretzel Bun and the Standard Bun. And obviously, neither of those are exciting. Who’s going to order a bun without anything to put in it?

Now, it’s possible that the Fries and Hash Brown Po’Taters are also vegan—but there are rumors online that Wienerschnitzel still cooks with animal fat, and that would make even these fried potato products non-vegan.

I sent an email to Wienerschnitzel trying to confirm what they use to cook their Fries and Hash Brown Po’Taters, but I haven’t heard back yet. I’ll update this post if I do.

For now, I would just recommending asking the staff at your Wienerschnitzel location what the fries are cooked in.

At least there are plenty of vegan beverages to sip on:

The following options might look vegan at first, but unfortunately, they’re not:

Usually with my vegan guides to restaurants, I like to include a section on the whole-food plant-based (WFPB) options, for those who are not only avoiding animal products but also avoiding processed oil, sugar, and flour.

Unfortunately, there are really no WFPB options at Wienerschnitzel.

That may sound obvious, but there are actually some decent WFPB options at other fast-food chains, such as the baked potatoes at Wendy’s or steamed broccoli, salads, and fruit sides at many other chains.

So yes, Wienerschnitzel is worse than your average fast-food place for vegans.