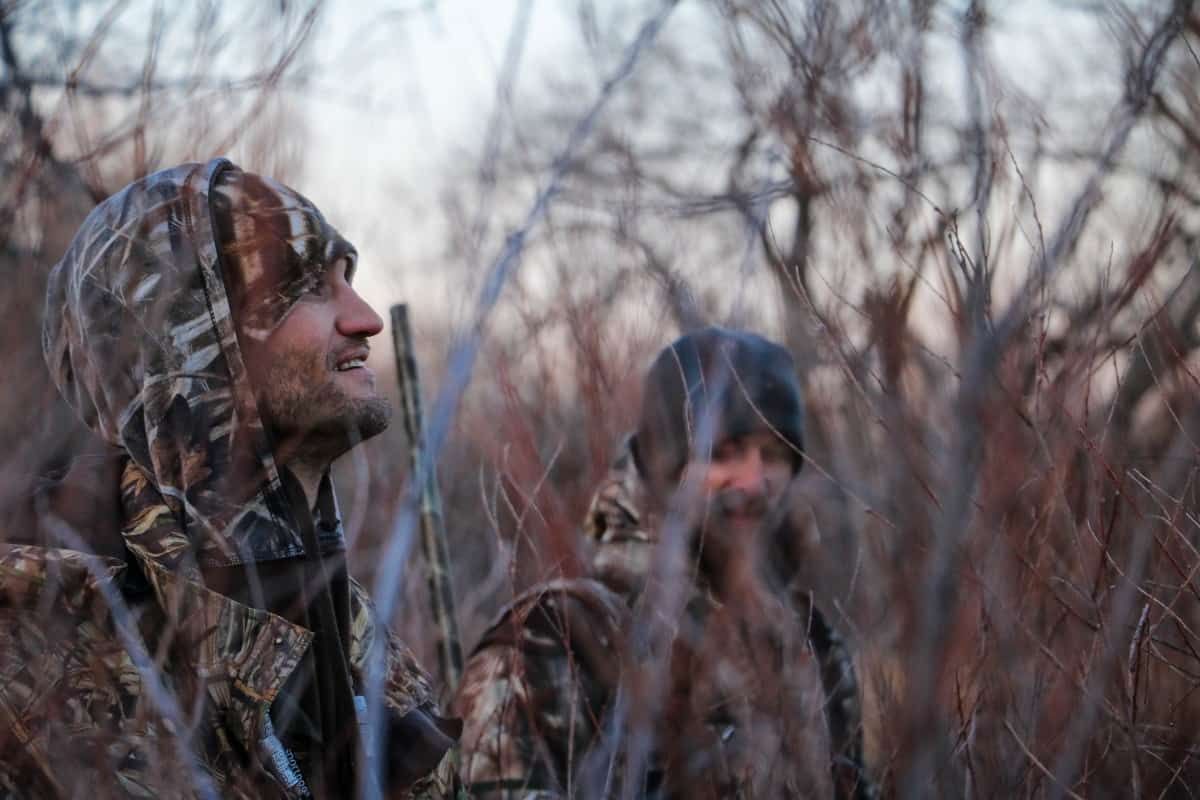 When you hear ethical arguments for veganism, the focus is usually on the evils of factory farming. And that makes sense, as factory farms are the main source of meat, dairy, and eggs eaten today. But what do vegans think about hunting and fishing?

Below, I’ll explain the main vegan arguments against hunting and fishing. I’ll also explain 3 common views that vegans have of hunters. And I’ll share an interesting form of hook-free fishing that may appeal to vegans with a nostalgia for fishing!

Most vegans would acknowledge that in human history, it was useful and necessary to hunt animals for food. However, today our understanding of human nutrition makes eating animals unnecessary.

Since hunting and fishing result in animals experiencing pain, stress, and death, this means they cause unnecessary suffering.

But of course, different vegans have differing views on hunting and fishing.

As we cover this topic, I’ll explain how the views of “health vegans” differ from “militant vegans,” which also differ from my personal views.

Let’s start with my personal view.

As a vegan of 13 years, my view of hunting doesn’t have to do with the deer population, whether hunting is good or bad for the environment, or anything like that. It simply has to do with empathy for individual animals.

Just imagine you’re a deer walking through the woods… maybe with your family (papa deer or mama deer, etc). Then suddenly, someone shoots you or your family member.

In that moment, you’re terrified. You may be in horrible pain. Maybe you witness your family member die. Let’s say your only parent dies. And then you’re alone after that—an orphan.

Now just imagine, after you experience this, the hunter explains to you: “Hey, sorry—but don’t worry about it—we’re going to eat your dad’s whole body, with the utmost respect. Also, deer are overpopulated, so this is good, in the scheme of things.”

Does that explanation make everything okay, if you’re the deer? Or would you still be terrified, alone, in pain, missing your family, etc?

Being hunted is bound to be terrifying for animals, even when it’s done “with respect.”

Maybe ethical hunters wouldn’t shoot in my imaginary scenario where a baby deer is walking with its family—but I think even a deer walking alone could be traumatized by being shot at.

With the knowledge of nutrition we have today—and with the technology we have today—it’s just not necessary to hunt and kill animals. At least not in the developed world. It’s an unnecessary form of violence and killing.

You may have noticed that my personal explanation (above) is not very philosophical. I just told told a story about deer feeling scared. But you can approach this issue more philosophically.

As I outlined in my huge post on vegan ethics, there are many different ethical theories that can be behind veganism. And most of these also apply to hunting. These include:

And there are other versions of animal rights, as well. Another prominent writer and thinker in the animal rights movement is the lawyer Gary Francione. What does he say about hunting? Let’s see…

Hunting Is Not Necessary

In a recent blog post, Gary Francione explains how most people in society actually do agree with the ideas of veganism—but they just don’t apply it to their lives.

Francione explains that the “common view” about animals today is that our treatment of animals does matter morally—but it just matters less than how we treat humans. Most people agree we shouldn’t inflict unnecessary suffering and death on animals.

And as Francione emphasizes, eating animals (and hunting animals) is in fact a matter of pleasure or entertainment. Why?

We know today that meat is not necessary for health. In fact, veganism is often healthier—or it can be. So eating meat is something we do for pleasure, tradition, and entertainment. And many vegans would argue, that’s not enough to justify animal suffering and death!

[Related: Can Everyone Be Vegan? 13 Medical Conditions That May Prevent It]

First off, can a vegan hunt? Is hunting vegan? Well, it depends on your definition of “vegan”… But most vegans certainly would not choose to hunt!

Part of why it’s hard to say anything absolute about vegans is that they differ so much. You can be “vegan” for different reasons, and you can pursue different levels of strictness:

So that’s why each kind of vegan wouldn’t hunt. Now, what do vegans think of hunters?

Again, it’s hard to generalize vegans here. So let’s look at the same 3 categories of vegans mentioned above, and how they each tend to feel about hunters. Obviously, opinions can even vary within these categories:

Some people also wonder if vegans can eat wild game since it’s not raised in cruel factory farm conditions. This is a similar question as whether you can eat a chicken that was raised in a nice backyard setting.

Generally speaking, vegans will not eat wild game. The only exception is someone pursuing a plant-based diet solely for health reasons. But even in that case, they wouldn’t want to eat it regularly (due to the health effects).

Can a Vegan Go Fishing?

Can vegans fish for sport? Is fishing vegan?

Well, again it may depend on what kind of vegan you are. But most vegans wouldn’t want to go fishing.

Even catch-and-release fishing can be stressful and painful for fish, leading to physiologial shock and a decreased chance of survival after being released. (source)

That said, hookless fishing—or “hook-free fly fishing”—provides an interesting approach for vegans who feel nostalgia for fishing. The Seattle Times ran an interesting piece on it a few years ago. And here’s another profile of a guy who does it.

Is PETA Against Fishing?

PETA is against fishing in all forms. Their primary reasoning is the same as what I’ve explained above regarding hunting and fishing both: It is unnecessary, and it causes suffering to animals. It’s really that simple.

Industrial farming and fishing may be a lot more cruel than a father-and-son trip to go fishing or hunting… but if you take the perspective of the animals you’re hunting or killing, they’re not a fan of either one!