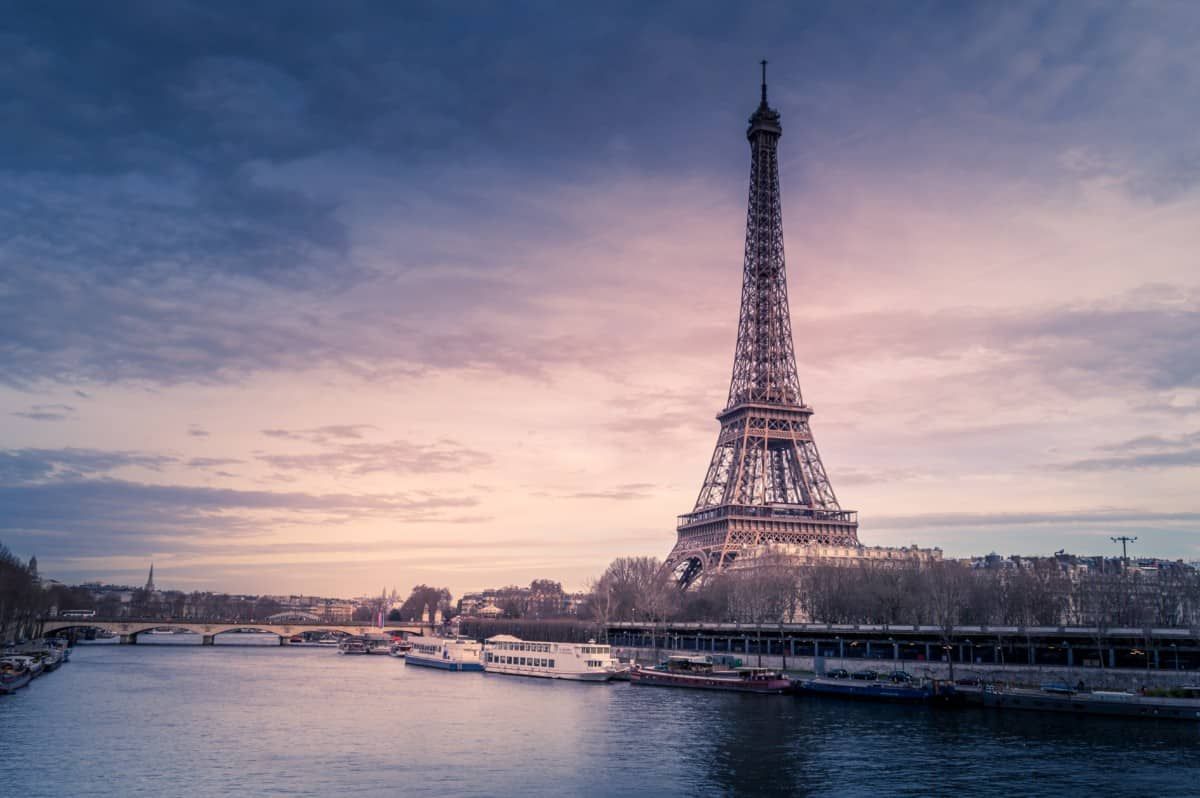 How strict should you be as a vegan? Should you maintain consistent adherence 365 days a year, or can you take breaks on special occasions? Do you need to avoid all animal byproducts, or is boycotting meat, dairy, and eggs enough? This debate is what the Paris Exception is all about.

In this article, I’ll dive into the ethical and practical debate over how strict you should be with your vegan diet. I’ll cover arguments on both sides, for and against the Paris Exemption.

Origins of the Paris Exemption

The following quote from Peter Singer is the one I usually see referenced about the Paris Exemption: “If you find yourself in a fine restaurant, allow yourself to eat what you want, and if you have no access to vegan food, going vegetarian is acceptable.”

The Paris Exemption is not a central idea in Singer’s work, but rather it’s just this clarification that you don’t need to be extremely strict in following a vegan diet. Singer himself is flexibly vegan, although he seems to maintain strict vegetarianism.

Peter Singer clarified in a 2006 interview that he would not actually choose to eat animal products at a gourmet restaurant in Paris. When asked if he ever indulges in meat, he says, “No, I wouldn’t even enjoy that. But I might not be a strict vegan when traveling.”

In another 2006 interview in SATYA, Singer elaborated further:

“When I’m shopping for myself, it will be vegan. But when I’m traveling and it’s hard to get vegan food in some places or whatever, I’ll be vegetarian. I won’t eat eggs if they’re not free-range, but if they’re free-range, I will. I won’t order a dish that is full of cheese, but I won’t worry about, say, whether an Indian vegetable curry was cooked with ghee.”

How Strict Should You Be as a Vegan?

Even without the terminology of the “Paris exception,” this is an issue that vegans have been debating for a long time: Should we really strive for being 100% vegan? Or should we make practical concessions?

On the one side of the spectrum, we have flexi-veganism, where you don’t even try to consistently be vegan—you’re just going for “mostly vegan” and that’s enough. (See my guide to going flexi-vegan here, if that sounds right for you.)

On the other side of the spectrum, you have the vegans who really try to avoid every animal byproduct and everything ever tested on animals at any stage in production.

Personally, I’m somewhere in the middle. I stay vegan more strictly than Singer does, but I don’t care about all the minor animal byproducts that can show up in food products.

When deciding for yourself how strictly to follow veganism, let’s look at some of the factors to consider.

Are You Allowing More Animal Deaths and Suffering by Being Lax?

One of the practical concerns with being more flexible about your veganism is that you may cause more animal deaths and suffering.

This could come from increased financial support you’re giving to animal agriculture by buying products that aren’t fully vegan… But it also may come by just not taking a stand for the animals as often.

To get a better sense of what I mean, think about the Liberation pledge, which I covered in more detail in this post.

The Liberation pledge asks you not only to be vegan but also to refuse to sit where animals are being eaten. Taking this confrontational approach definitely leads to many more conversations where you’re promoting veganism.

Indeed, the real purpose of the pledge is that it acts as a prompt to get you to try to convince others to eat vegan with you more often. So it forces that activism to happen on a person-to-person level.

On the polar opposite side of the spectrum, let’s imagine you’re completely relaxed about your veganism. You don’t even ask whether foods are vegan, you don’t try to find vegan options, and your biggest priority is to not inconvenience anyone… Well, in that case, you’re probably not going to be starting many conversations about veganism.

When I go to a restaurant with the Paris exception in mind, I’m not likely to ask the server whether certain menu items are vegan. I just won’t want to inconvenience them. Which is nice, but…

As a result, this also means the server at the restaurant doesn’t have to become knowledgeable or well-versed in whether the food is vegan, and the chefs/restaurant overall won’t be getting any impression/feedback saying that customers want more vegan food.

So the question is: Are you allowing for more animal deaths and suffering in the long run by not bringing up your veganism and making those “inconvenient” conversations happen?

Are You Making Veganism Look Extremely Hard (or Insane) by Being Strict?

A convincing counter-argument to the one I just made would be that you’re actually limiting the spread of veganism whenever you make it look inconvenient or difficult.

If you are able to make a vegan diet look easy and compatible with normal society, that could result in more people around you being influenced to try veganism for themselves. And then, through those people going vegan, you end up saving more animals in the long run.

This is actually one of the arguments commonly used to explain why vegans should eat honey. In a 2005 article in SATYA, Dr. Michael Greger argued that avoiding honey makes veganism as a whole less credible (the bolding emphasis is mine):

Slowly but surely the horror dawns on them. You start to see them struggling internally. How can they pet their dog with one hand and stab a piece of pig with the other? They love animals, but they eat animals. Then, just when their conscience seems to be winning out, they learn that we don’t eat honey. And you can see the conflict drain away with an almost visible sigh. They finally think they understand what this whole ‘vegan’ thing is all about. You’re not vegan because you’re trying to be kind or compassionate—you’re just crazy! They smile. They point. You almost had me going for a second, they chuckle. Whew, that was a close one. They almost had to seriously think about the issues. They may have just been considering boycotting eggs, arguably the most concentrated form of animal cruelty, and then the thought hits them that you’re standing up for insect rights. Maybe they imagine us putting out little thimble-sized bowls of food for the cockroaches every night.”

It should be noted that this argument, as well as the previous argument, are both consequentialist arguments.

Consequentialist arguments focus on, well, consequences. They’re not about the principle of whether it’s wrong to be relaxed about eat animal byproducts—they’re about the practical impacts that the decision could have in the long run.

And it’s appropriate that we cover consequentialist arguments on both sides of this Paris Exemption issue because Peter Singer is himself a consequentialist—specifically, he’s a utilitarian. (I discussed that a bit more in my big post on vegan ethics.)

But for full coverage, let’s cover a “deontological” argument for being strict in your veganism, too. (Deontological just means it’s based on whether the actual action itself is right or wrong, not the consequences of the action.)

Is It Wrong to Eat Animal Products on Principle—and We Should Be Strictly Vegan for That Reason?

Some vegans would argue that you should strictly adhere to a vegan diet because it’s just morally wrong to be relaxed about doing a behavior that you’ve identified as wrong.

This deontological view treats the moral gravity of veganism as more significant than any issues like whether it’s convenient to find vegan food while traveling.

So what that it’s not always easy to find vegan food while traveling? Was it easy to be a civil rights activist? Was it easy to help runaway slaves in times of American slavery?

The convenience or inconvenience of an action could never make that action morally acceptable by this sort of deontological vegan perspective.

In the end, it’s up to you how strictly you follow a vegan diet. As I covered above, there are logical and well-developed arguments for being a strict vegan and for being a more flexible vegan.

Peter Singer is a force to be reckoned with in animal rights philosophy, but he’s not the only thinker who has thought long and hard about the issue of how strictly to be vegan.

Ultimately, I recommend finding the arguments that make the most sense to you and following them in a way you can feel good about. Just accept that some other vegans are always likely going to disagree with you, and that’s fine.