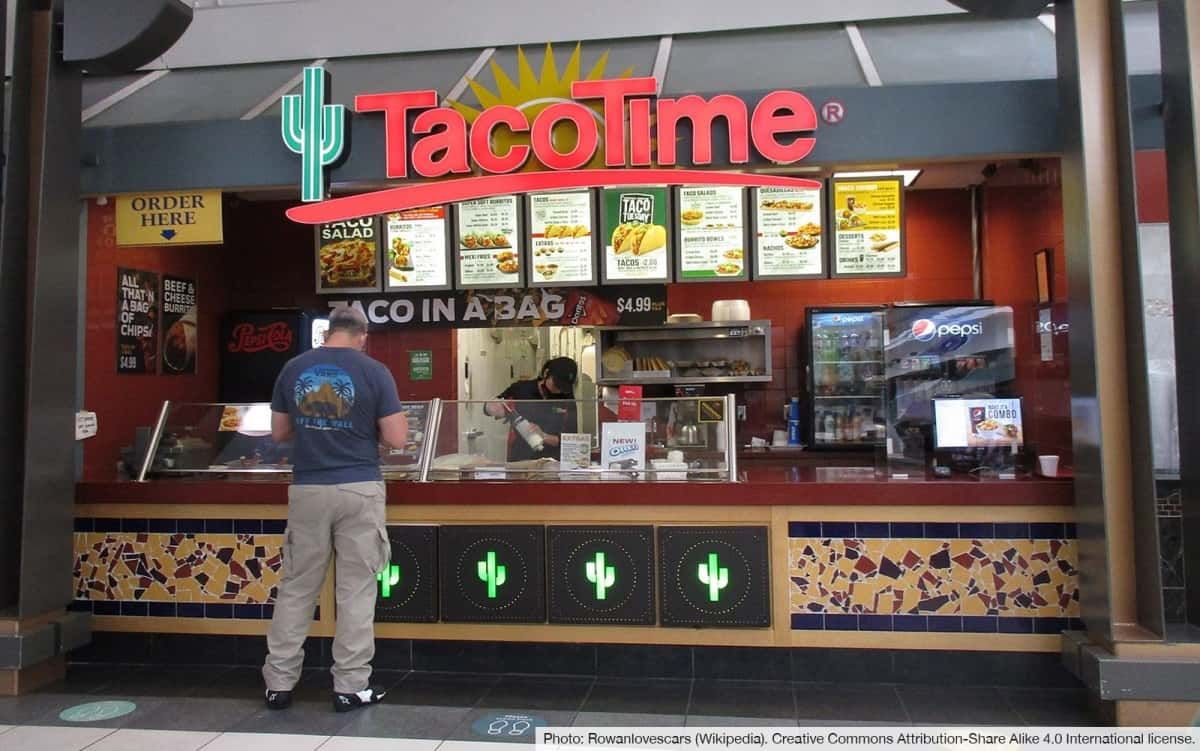 Taco Time would not be my top choice when it comes to Mexican restaurants. Del Taco and Taco Cabana have way more options with all their Beyond Meat offerings. But there are still some things us vegans can get at Taco Time.

Below, I’ll address a couple of menu items that are surprisingly NOT vegan. I’ll also share more tips on how to order the vegan dishes, and whether it’s possible to put together a whole-food plant-based meal, too.

This vegan menu was compiled with the help of the nutrition and allergen information on the Taco Time website. I also consulted some posts by other vegan bloggers.

Restaurant menus change and often vary by location. I recommend double checking any important information with the staff at your local Taco Time!

Note: Keep in mind that these Mexi Fries may be fried in the same fryers as meat or animal products, as is often the case with deep fried products at restaurants.

As with most restaurants, the tortilla chips at Taco Time are indeed vegan. They’re cooked with vegetable oil, not animal fat or anything like that. You’ve got a few options for what to dip these chips in:

There is no “veggie taco” or “veggie burrito” that is even close to being vegan at Taco Time—so if you want a vegan taco or burrito, you’ll have to build it from the ground up.

Your vegan taco or burrito will not be incredibly filling, as there is no vegan “meat,” and the beans and rice also contain dairy.

Still, you can fill a shell or tortilla with some veggies and salsa—that sort of thing. Here are some of the options you’re likely to have…

Choose a tortilla or taco shell:

Note: The “Tortilla Salad Bowl” is not a vegan option, as it contains dairy.

Veggies and other toppings:

Bonus Tip: If you’re not seeing a ton of exciting veggies or toppings to load your taco or burrito with, then consider getting an order of Mexi Fries (tater tots) or Tortilla Chips added to your burrito. Personally, I love a tot-filled burrito.

There are plenty of vegan soft drinks and other beverages. Here’s a bit of the selection you’re likely to find:

You might assume that some of the following menu items would be vegan, too, but unfortunately they’re not:

Taco Time Churros are not vegan, as they contain milk and egg ingredients. This is according to the allergen information on the Taco Time website.

Taco Time Crustos are not vegan, as they contain milk. This is according to the allergen information on the Taco Time website.

What Is in a Taco Time Veggie Burrito?

This Veggie Burrito is not vegan or even close to vegan. Remember: Even the beans and rice at Taco Time contain dairy!

Taco Time guacamole is vegan. Guacamole is pretty much always vegan, and the allergen info on the Taco Time website confirms no allergens for the guac.

What if you’re not just avoiding animal products but also trying to avoid processed foods, including refined sugar, oil, and flour? Are there any strictly whole-food plant-based (WFPB) options at Taco Time?

Not really. In order to have a strictly WFPB meal at Taco Time, you’d have to just get veggies on a plate or something.

Remember, the beans and rice contain dairy, so those options are out. Then the tortillas and taco shells would also contain processed flour and likely oil, too. And the chips are going to contain oil.

If you want to eat strictly WFPB, go somewhere else!