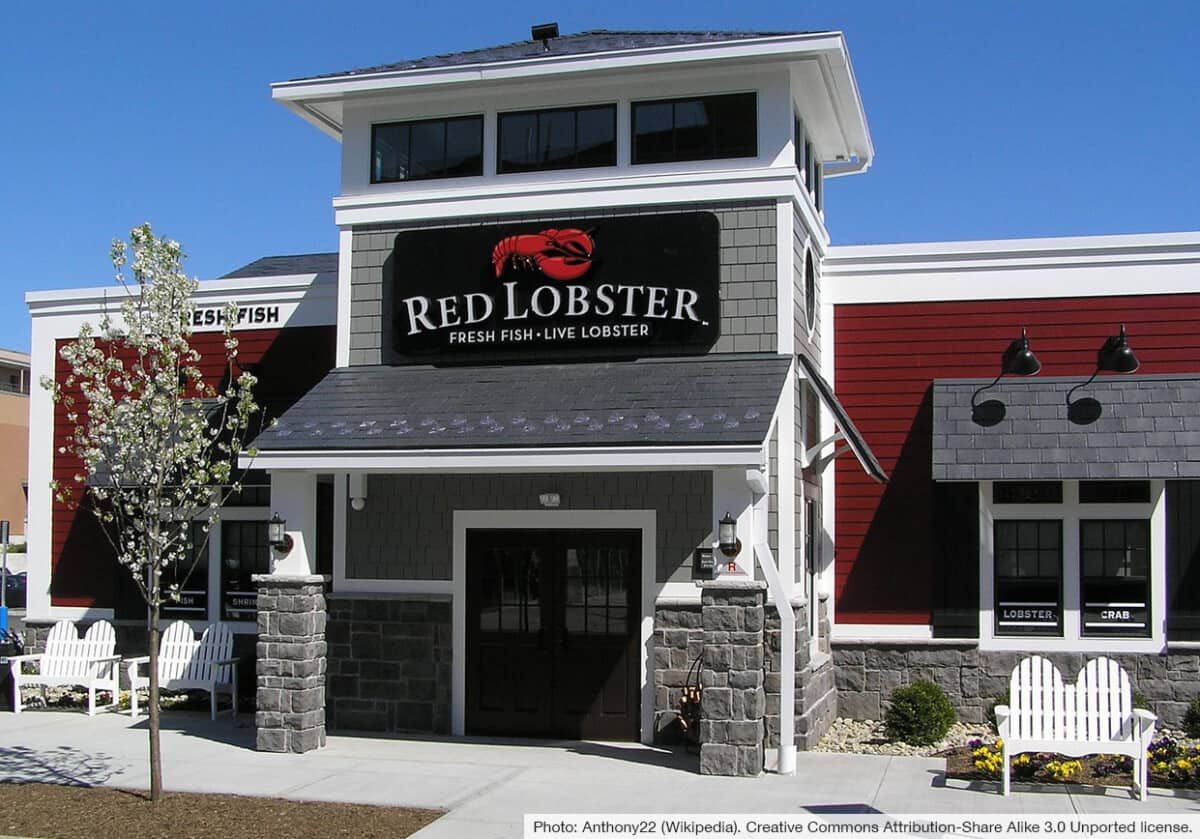 As a vegan, I’m not a big fan of seafood restaurants. To be honest, I would personally not choose Red Lobster for a group outing. That said, I was actually surprised to see how many vegan options you can pull together here.

Below, I’ll share some insider tips on how to order these items vegan. I’ll also answer some questions about the biscuits and rolls, and share which items are surprisingly NOT vegan. I’ll end with a whole-food plant-based (WFPB) menu—for the extra healthy folks!

The following vegan menu was compiled using a few different sources. First, I thoroughly went through the nutrition and allergen information on the Red Lobster website. Second, I looked around at what solutions other vegans have found at Red Lobster.

Third, I emailed the company to ask them directly. Unfortunately, they didn’t respond with anything useful. But I was still able to pull together a pretty comprehensive guide.

As always, be aware that restaurant menus frequently change and vary from state to state. Always ask the staff at your local Red Lobster to confirm the ingredients and allergens present in a dish.

This is a simple basic salad, but at least it’s some fresh veggies. Sometimes all the vegan options you can find at restaurants is fried. Just be sure to ask for this without cheese.

There’s only one vegan salad dressing from what I can tell:

This is fried broccoli—like broccoli tempura—in a spicy soy-ginger sauce. This Asian-inspired dish is for the more adventurous restaurant-goer. If you want plain steamed broccoli, see option #7 below!

Baked potatoes are a great option when they’re prepared in a vegan way—they’re filling and healthy. But some restaurants (like Texas Roadhouse) use animal fat on their potato skins.

Luckily, you can get the baked potatoes made vegan at Red Lobster. But you still have to specifically ask to get it without butter or sour cream.

French fries are often the saving grace when it comes to eating vegan at restaurants. And they’re definitely an option here at Red Lobster, too.

Red Lobster doesn’t use lard or animal fat in cooking their fries, unlike some other restaurants. But still, some vegans prefer to avoid the fries, due to the fact they’re made in a shared fryer with fish and other animal products.

Personally I don’t think it hurts to eat fries from a shared fryer as a vegan. But to each their own.

This is basically just a side of white rice. Not anything incredible, but it’s a nice option to have to help fill out your meal a bit more.

This was a little surprising because it’s not actually on the first menu I looked at. But if you ask for plain pasta with marinara sauce, you can typically get it at Red Lobster.

Again, this is nothing special, but it will fill you up. And it’s healthier than getting full on french fries.

If you don’t want the fried spicy broccoli in the Dragon Broccoli option, you can also get this side of plain broccoli. I believe it’s steamed.

This is a great little addition to a meal—and not just for taste reasons! When you eat vitamin C with your meals, you increase the absorption of iron. (source)

Note: Sometimes the kids’ menu may have a different option like a fruit cup instead.

This option may vary depending on your Red Lobster location and the time of year. I get the sense that they swap this option around. But you may see:

Personally, I would just ask to make sure these are prepared in a vegan way. Sometimes restaurants (like Cracker Barrel) will prepare veggies in butter or even bacon fat or other animal fat. So I would definitely ask to confirm that it’s vegan.

Whatever you’ve scraped together for your meal, consider these toppings and sauces:

Red Lobster typically has a range of alcoholic drinks, including:

I always recommend Barnivore.com for checking whether alcoholic drinks are vegan. Sometimes there are unexpected things like non-vegan fining agents in wine, like chitosan. I covered that topic a bit in my post on whether silica is vegan.

You can also find these soft drinks and non-alcoholic beverages at Red Lobster:

Note: From the information online, it seems that the fruit smoothies offered at Red Lobster are not vegan by default, as they have dietary cholesterol content (which only comes from animal fat). They likely contain yogurt or other dairy products. If you want a fruit smoothie, be sure to ask to get it without dairy products.

Here are some of the menu items that you might be wondering if they’re vegan, but they’re unfortunately not:

Are the Biscuits at Red Lobster Vegan?

The biscuits at Red Lobster are unfortunately not vegan. Both the Cheddar Bay Biscuits and the Petite Red Lobster Rolls contain dairy products.

Red Lobster Fries are generally considered vegan. They are not fried in animal fat, butter, or lard. However, they are fried in a shared fryer with fish and other animal products. So some vegans may choose to avoid the Fries for that reason.

What if you’re trying to avoid processed foods, too, not just animal products? Can you eat a strict whole-food plant-based (WFPB) meal at Red Lobster?

That may not be a huge list—but honestly, it’s better than a lot of other restaurants. The fact that you can get baked potatoes means you could potentially actually fill yourself up in a healthy way.

One downside of baked potatoes is that they have a pretty high score on the glycemic index. So if you’re insulin resistant, that may be something to keep in mind. But overall I think they’re a good option for the foundation of your meal.

Add some broccoli and greens from the Garden Salad (No Cheese), and you’ve got something resembling a real meal.

You can potentially use the Pico de Gallo to add some more flavor.

If that meal doesn’t sound too great, you could try swapping in the Rice Pilaf or the Pasta with Marinara Sauce mentioned above. But those are likely to be white rice and white pasta, so we’re entering the territory of processed grains—not really fully WFPB.