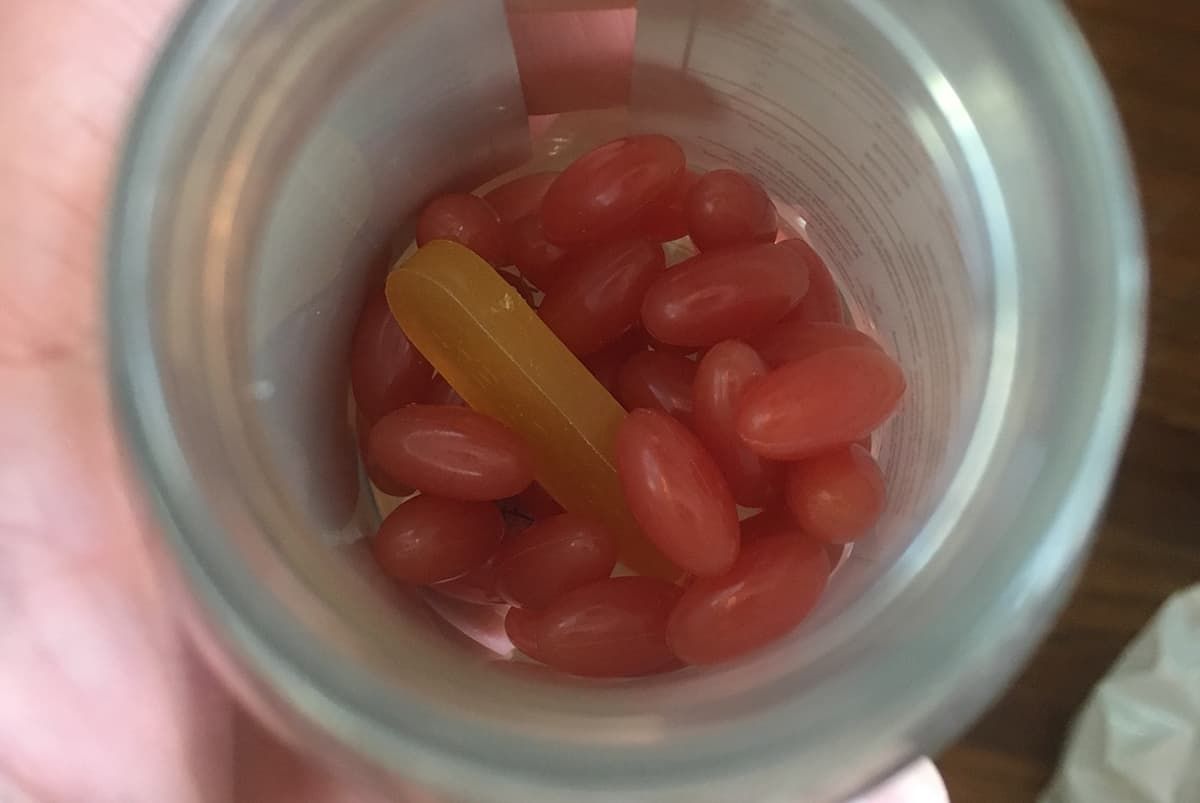 Many people think omega-3 fats only come from fish—but this is not the case. Algae also contain omega-3 fats. And in fact, fish get all their omega-3s from algae originally. So how does an omega-3 source like algae oil actually compare to fish oil?

Algae omega-3s offer the same benefits as fish oil. Omega-3s from algae contain the same bioavailable DHA and EPA components and have been shown to raise blood levels of omega-3s. In addition, algal oil avoids the PCBs, mercury contamination, and negative environmental impacts of fish oil.

Below, I’ll explain everything you need to know about vegan omega-3s. You’ll learn how you can get the health benefits of omega-3s—without harming fish or the environment. Also stay tuned ’til the end—I’ll share my favorite vegan omega-3 supplement!

Why Worry About Omega-3 In The First Place?

Research shows that omega-3 fats are important for a healthy diet and for reducing the risk of many adverse health conditions.

The overall theme between these health conditions is inflammation.

Omega-3s, from algae or fish, can reduce inflammation in the brain, heart, and blood vessels. The anti-inflammatory nature of omega-3s can even help reduce pain from arthritis and asthma!

In addition, omega-3s have been linked to supporting a healthy heart. Studies have shown those who take omega-3s daily have a decreased risk of heart disease.

Vegan Omega-3s: Why Flax Is Not Enough

You may have heard that flaxseeds, chia seeds, and walnuts are great sources of vegan omega-3s.

These foods do have a form of omega-3 called alpha-linolenic acid (ALA), which is great, yes…

But many authorities emphasize: This ALA is not enough. Our bodies still need the most usable forms of omega-3: DHA and EPA. (source)

The ALA in flax and walnuts can be converted to DHA and EPA in your body… but the process is quite inefficient. We should ideally get DHA and EPA directly.

Unfortunately, when you look at the common foods with DHA and EPA, it’s mostly animal-based foods (like fish).

This is why it’s helpful to take a supplement for an algae omega-3, like algal oil. This is recommended by many vegan nutrition authorities, including Dr. Michael Greger.

Algae offers the purest form of omega-3 fats that can be processed by the body. And algal oil is one of the simplest delivery methods to intake those omega-3s in algae.

How do we know algal oil is as effective as omega-3s from fish?

Fish do not naturally produce omega-3 in their bodies. All the omega-3 in fish oil originally comes from algae the fish have eaten.

Depending on the quality and quantity of algae eaten, fish vary in their omega-3 content.

Fish oil is derived from farmed fish. And depending on the farm, fish can be fed a similar diet to what they’d eat in the wild or a simple commercial fish feed.

Some fish farms may even incorporate fish oil into the fish they will later farm for oil, to ensure the fish have enough omega-3 fats.

With only one planet to survive and thrive on, we should do what we can to help preserve this place. So let’s consider the environmental impacts, animal welfare impacts, and health impacts of fish-derived vs vegan omega-3s.

Vegan omega-3s from algae have little to no impact on the environment.

The algae is grown in a controlled lab environment and only requires sunlight and water. The largest environmental impacts are building the facility itself and the electricity used.

In contrast, using fish to derive oil for human use does have a negative environmental impact. Between the land needed for fish farms, energy used to run them, and bait needed to feed the fish, it is pretty resource intensive.

This creates “dead zones” that cannot be used again until the environment recovers.

Algae is a plant, not an animal. This means there are no animal welfare concerns with vegan omega-3 algal oil.

On the other hand, it goes without saying that fish oil is derived from dead fish. Before these fish are killed, they do feel pain.

Fish have nociceptors in their bodies that detect pain and harm. They even produce endogenous opioids—these are the same natural pain killers our bodies produce, to not feel their suffering before they die.

The world is already experiencing an overfishing crisis. Why add more fish farms to derive omega-3 from an animal, when the fat naturally comes from a plant (algae)? This simply adds fuel to the fire.

Fish oil does not help animal welfare efforts in any shape or form.

Algal oil is not linked to any negative health effects. Unfortunately, the same cannot be said about fish oil.

Polychlorinated Biphenyls (PCBs) are man-made chemicals that have been leaked into environments around the world. Both farm-raised fish and wild caught fish have the possibility of exposure to PCBs.

These chemicals are stored in the animals’ fat and will likely enter the human body if any part of the fish is consumed.

Unfortunately, few cures are available to counteract these awful and usually life-long effects. There are even reports of increased risk of suicide linked to PCB exposure.

Long Answer: Fish oil has a very distinct taste and smell. It is often not appreciated by the individual taking it. In fact, many people never get used to how fish oil tastes and smells.

New delivery methods, such as thicker gel capsules, have been released to help with this. But these capsules still do not create a pleasant experience.

On the other hand, algal oil has a neutral taste. It has been described as tasting like nothing more than an oil. It has no distinct smell or texture.

Ingesting algal oil is typically described as pleasant. Individuals do not feel like their stomach gets upset, which can happen with fish oil (for some people).

Short Answer: No, vegan and fish omega-3s do not require different dosages.

Long Answer: Algal oil and fish oil contain omega-3 fats that come from the same original source: Algae. The only differences is the amount of processing required to obtain the omega-3s and whether it’s vegan-friendly.

The main consideration with your daily omega-3 consumption is your current state of health.

The average adult should generally consume a minimum of 200 to 500 mg of EPA and DHA omega-3 daily. The recommended minimum amount range is dependent on factors such as age, gender, and pregnancy.

In addition, those who are suffering from health conditions (such as heart disease) may need to increase their daily omega-3 dosage to see benefits.

Please consult with your healthcare provider for the dosage of omega-3 you should be taking. The dosages above are from medical studies and are not intended to be used in place of a professional medical recommendation.

What Is The Price Difference Between Vegan Omega-3 & Fish Omega-3?

A cost analysis by the Journal of Nutrition & Food Sciences found that fish oil supplements are the cheapest way to get DHA and EPA. But that doesn’t mean you have to pay a crazy price for vegan omegas.

Fortunately, vegan omega-3s can be purchased online for a fair price. And you can also get a great deal by buying a multivitamin that includes omegas. See the next section for the one I recommend and take daily myself.

The Vegan Omega-3 Supplement I Recommend

As a vegan who strives for optimum health, I swear by Future Kind’s Essential Vegan Multivitamin.

It’s one of the few vegan multivitamins that actually includes DHA and EPA from algal oil.

It includes all of the vegan omega-3s I need, in addition to a vitamin D and vitamin B12, which are equally crucial for vegans. They’re all packed in one supplement for convenience.

However, Future Kind also offers a separate omega-3 supplement if you already have B12 and vitamin D taken care of.

Check out my full Future Kind review here to learn more about why I believe in this multivitamin so much. If you read to the end of the review, you’ll even find a discount code!