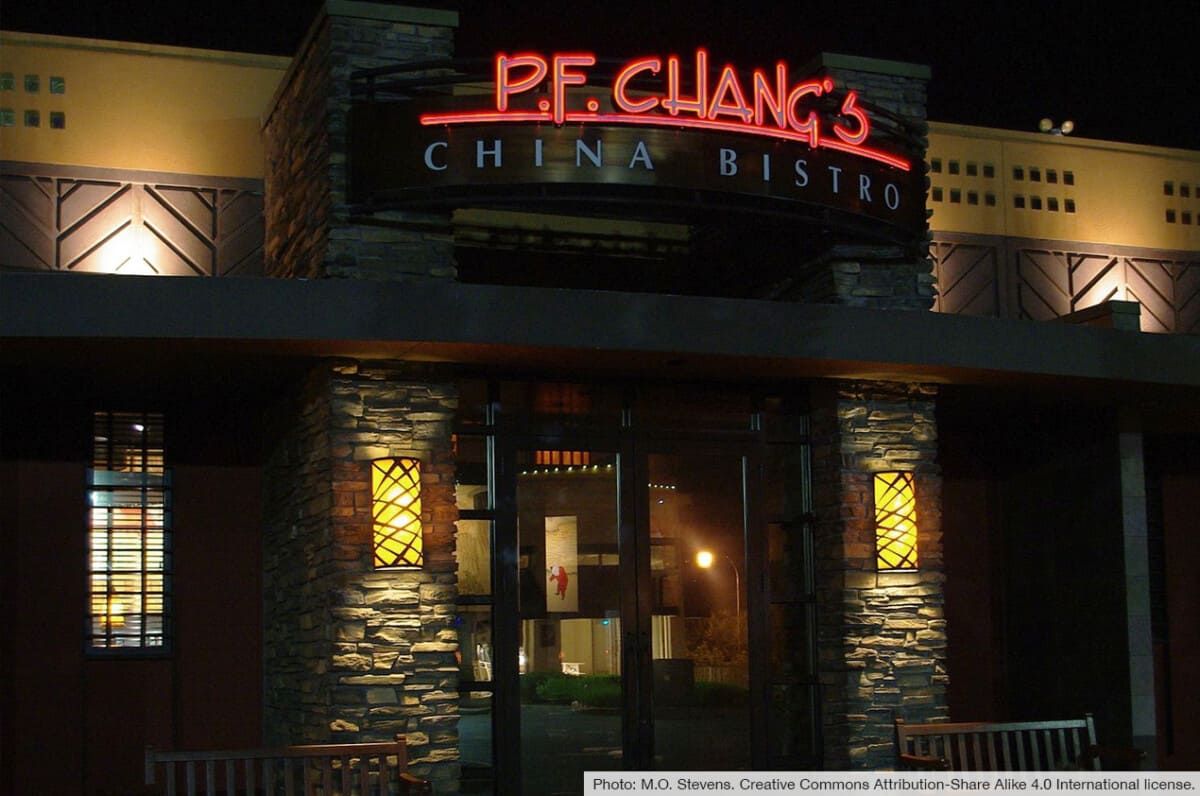 I love eating at Asian restaurants as a vegan. Typically, I end up stuffing myself with a big plate rice, veggies, tofu, and delicious sauce. But what are the options when it comes to P.F. Chang’s specifically?

Here are the vegan options at P.F. Chang’s:

P.F. Chang’s has stated in a Tweet, “we don’t claim any of our dishes vegan, due to varying definitions.” Fair enough, but below is a practical guide to what most people would consider vegan.

I’ve compiled this guide from the best available nutrition and allergen information, especially from P.F. Chang’s website. That said, ingredients may change, and you may want to confirm these items as vegan at your specific location.

Another menu item that

Note: The Crispy Green Beans, however, are not vegan due to containing egg.

If green beans aren’t your thing, you can also get that good red chili and garlic flavor with some asparagus and onions in this side dish!

This is what I get when I go to P.F. Chang’s. It’s basically a bowl of tofu and vegetables, with savory sauce—what’s not to like? Add some rice if you want to fill out the meal.

You can get the Buddha’s feast stir-fried or steamed. Although the steamed option may be healthier (and my personal choice), both are vegan.

The kid’s version of this dish, “Baby Buddha’s Feast,” is also vegan.

This creative dish uses eggplant as the centerpiece, rather than tofu or meat. The ingredients are vegan, including “Chinese eggplant, sweet chili soy glaze, green onion, garlic.”

Another great dish you can potentially fill up on, particularly if you want something sweet.

This curry is quite packed with veggies—it’s not just a bowl of curry sauce with tofu chunks in it.

P.F. Chang’s vegetarian lettuce wraps have a “secret family recipe,” but definitely appear to be vegan. They have no animal allergens listed, and larger media outlets like PETA have touted them as vegan.

From what I can tell, it’s like a vegan taco—but wrapped in lettuce instead of a tortilla. Another good option to actually fill up on.

Take note: The fried rice is not vegan, as it contains egg, milk, and shellfish.

If you’re looking for greens, you might go for the very simple Wok-Seared Spinach and Garlic. It’s just fresh spinach leaves with chopped up garlic, prepared in a wok.

Typically, you can get a vegan salad anywhere, but you often have to ask for some customizations. As far as I can tell, this is the case at P.F. Chang’s, too.

Both the Mandarin Crunch Salad and the Asian Caesar Salad come standard with some milk, egg, and shellfish in them. So be sure to ask for vegan modifications to those salads, if getting them at all.

If the veggie-loaded dishes above don’t appeal to you, check out these other veggie and fruit options you can order separately from the Kids’ Menu:

I always like getting a fruit cup at restaurants. Even though it’s usually over-priced, it’s a nice, simple addition of healthy calories. Not to mention, the vitamin C from the fruit will help you absorb iron from the rest of your meal! (source)

It’s also likely that the edamame at P.F. Chang’s is vegan, as edamame typically is. But for some reason, their allergen menu says it contains eggs. This may have been an error, but I would ask at your own location.

Unfortunately, the allergen guide on the P.F. Chang’s website does not include information on their sauces. P.F. Chang’s did not respond to my inquiry on this matter, either.

These sauces should be safely vegan:

P.F. Chang’s has a ton of beverage options, pretty much all of which are vegan. To start, here are some interesting drinks unique to P.F. Chang’s:

Here are the soft drinks, bottled drinks, and teas they serve:

You can also get wine or beer to go. I always recommend using Barnivore.com to look up whether specific alcoholic drinks are vegan.

Some wines especially use non-vegan fining agents like chitosan, which I address a bit in this post. But many, many alcoholic drinks are fully vegan.

Some of the following menu items may appear to be vegan, but they each contain animal products according to the allergen menu on PF. Chang’s website:

As mentioned above, the edamame is also listed as containing egg, although I really question this.

P.F. Chang’s Crispy Green Beans are not vegan. According to P.F. Chang’s website, they contain egg and shellfish.

It’s too bad, too, because I’ve seen some other restaurants pull off battered vegetables and make them fully vegan. Whataburger has vegan tempura green beans, for example.

P.F. Chang’s fried rice is not vegan. According to P.F. Chang’s website, it contains milk, egg, and shellfish.

Luckily, you can get steamed white rice or steamed brown rice and still fill out your dish in fully vegan fashion.

P.F. Chang’s Teriyaki Sauce is vegan, as it contains no honey or other animal ingredients. Here is the full list of ingredients for P.F. Chang’s teriyaki sauce, which they also sell in bottled form:

What if you want to avoid processed oil, flour, and sugar, too, not just animal products? Are there any whole-food plant-based (WFPB) options at P.F. Chang’s?

Here are the clear-cut WFPB options I see at P.F. Chang’s:

These dishes may also be WFPB, but I can’t confirm without an ingredients list: