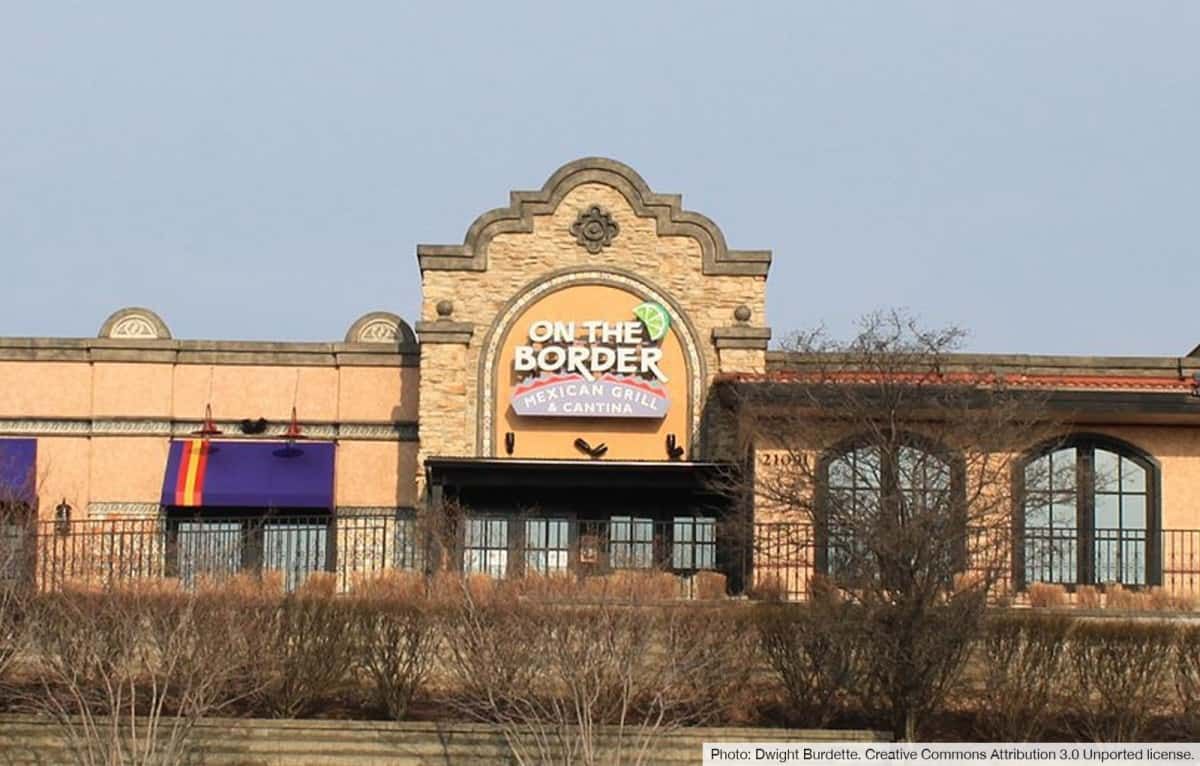 Getting vegan Tex-Mex and Mexican food is getting easier and easier. On the Border hasn’t yet followed the lead of Del Taco or Taco Cabana in offering Beyond Meat… But they still offer lots of vegan-friendly options using black beans and portobello mushrooms.

Vegan options at On the Border:

Below, I’ll explain how to order these items vegan, and what you get with each. I’ll also share which menu items are surprisingly NOT vegan. Lastly, I’ll look at the whole-food plant-based options—for the real health nerds out there!

On the Border Vegan Menu

This vegan menu was compiled with the help of the nutritional information on the On the Border website. I also consulted some posts by vegan bloggers.

Restaurant menus change and vary by location. I recommend double checking any important information with staff at your local On the Border.

Note: I don’t consider cross-contamination a reason to count something non-vegan. Often in restaurants, the fries, chips, or other items are cooked in the same oil as meat. If you wish to avoid this, you may want to ask staff about the kitchen setup.

These are quesadillas without cheese! Instead, they contain guacamole, poblano peppers, onion, corn, and black beans. And interesting and delicious option.

Be careful to emphasize “Vegan Burrito,” not “Veggie Burrito.” The “Vegetable Burrito” comes standard with cheese. You may want to even specify that you don’t want cheese, sour cream, or any dairy in your burrito—just to be sure.

It’s neat when restaurants use portobello mushrooms as a meat-substitute, isn’t it?

With this dish, you get crispy breaded strips of portobello, along with lettuce, guacamole, and pico de gallo in tortillas. And it comes with black beans, cilantro lime rice, and the red chile-tomatillo salsa, to boot!

These fajitas are loaded with portobello mushroom, pico de gallo, guacamole, and vegetables in a flour tortilla.

6. Chips with Salsa or Guacamole

Tortilla chips are typically vegan unless they’re cooked with animal fat. At On the Border, we’re in the clear! No lard in these chips. You can get them with the salsa or guacamole—either way is vegan.

You can also get the “Guacamole Live!” option. They actually come and make the guac at your table! Neat.

You can get the House Salad made vegan by asking for it without the “Queso Fresco.” You may also want to specify No Croutons, as those are often non-vegan, as well.

Here are your options for vegan salad dressings:

Note: The Avocado Ranch dressing contains milk. So avoid that.

French fries are one of the classic restaurant options for vegans—even at mainstream fast-food chains. At On the Border, there are plenty of other vegan options. But you might still just want some fries! (And of course, the ketchup is vegan.)

Take note that the Refried Beans at OTB are not vegan or vegetarian. But the Black Beans are good to go. No animal fat or other sketchy ingredients in these.

As with the beans, the rice at OTB comes in two versions, with only one of them being vegan. For the rice, the Mexican Rice is the non-vegan choice, and the Cilantro Lime Rice is the vegan option.

You can get a side of sauteed vegetables to add to any dish. It’ll be made with vegetable oil, not butter or lard—so it’s vegan, as well.

Here are some vegan sauces and extras you can add to your dishes:

This is a “frozen blended treat” on the kids menu. You can choose Cherry or Blue Raspberry flavor. It’s only around 200 calories, as it’s meant for kids! (source)

You might assume some of the following items would be vegan, too—but surprisingly, none of them are:

Now let’s answer some common questions about eating vegan at On the Border.

Does On the Border Have Beyond Meat?

On the Border does not currently have Beyond Meat. However, you can replace meat with portobello mushrooms or black beans in their dishes to make them vegan.

Are On the Border Refried Beans Vegetarian?

On the Border Refried Beans are not vegetarian according to the nutritional information on the OTB website. Likely this is due to containing lard.

Are On the Border Chips Vegan?

On the Border chips are considered vegan. They are fried with vegetable oil, not animal fat.

Is On the Border Salsa Vegan?

On the Border salsa is considered vegan. It doesn’t contain any meat, dairy, or other animal-derived ingredients.

What if you’re not just vegan but also trying to avoid processed foods? Can you get a whole-food plant-based (WFPB) meal at On the Border? Let’s see.

WFPB options at On the Border:

Are those really the only WFPB options? Well, let’s look at the other potential choices:

So, if you want to take a gamble on the corn tortillas—or if you can confirm with staff that they’re oil-free—then you could potentially put together a WFPB meal with corn tortillas, black beans, and veggies. But otherwise, you may have to compromise or go elsewhere.