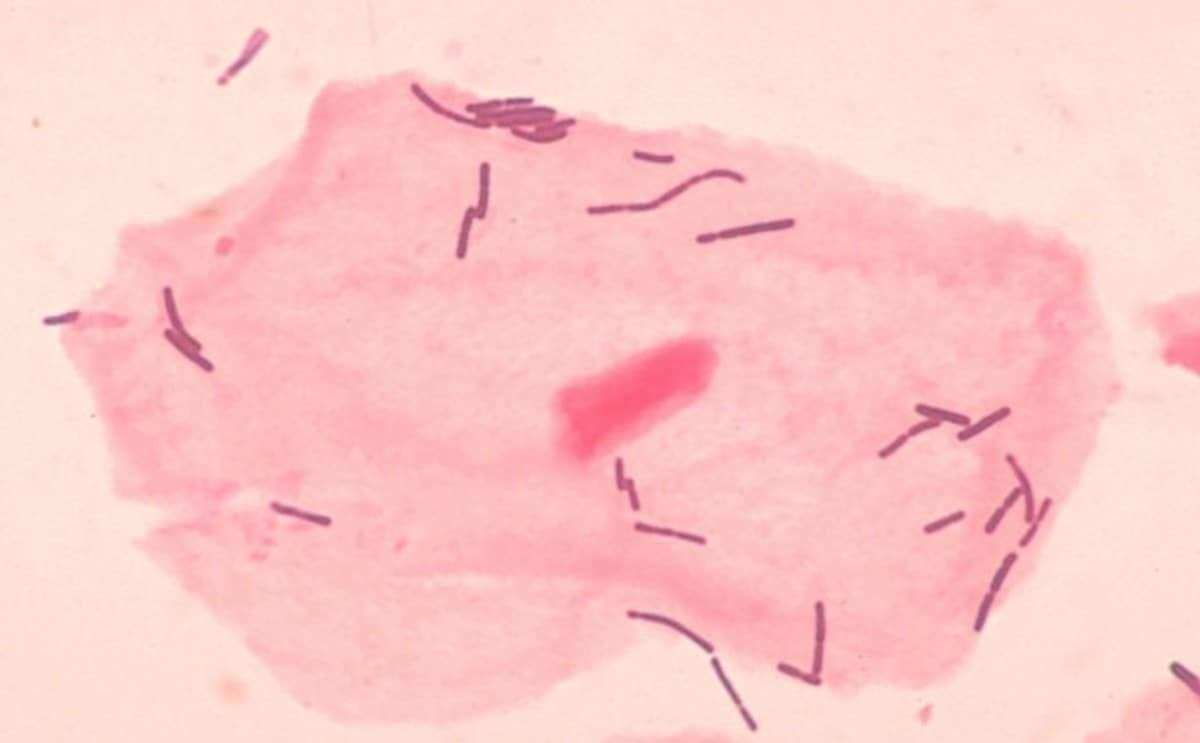 For vegans and those with lactose/dairy issues, any ingredient including “lacto” in the name tends to raise concerns. But as we’ve seen with other ingredients (like lactic acid), it doesn’t always mean the food contains milk. So what about lactobacillus probiotics?

Is Lactobacillus vegan? Lactobacillus probiotics are generally vegan, as they are bacteria—not an animal product. However, the probiotics may be cultured with dairy. Even though the dairy from this culturing process does not remain in the final product, many vegans prefer probiotics specifically labeled “dairy-free” or “vegan” for this reason.

Read on, and I’ll help you understand exactly what Lactobacillus probiotics are, why they have that name, how commonly they’re cultured in dairy, and what to look for on the package to notify you. I’ll also recommend my 2 top vegan probiotics supplements!

What Are Lactobacillus Probiotics?

Lactobacillus is a genus of lactic acid bacteria. They get their name from the fact that they ferment sugar into lactic acid.

Lactic acid is a natural product of biological functioning. Our muscles produce lactic acid when working anaerobically, for example (like when sprinting in a race). You may know lactic acid by the sour taste it contributes to fermented foods.

Lactobacillus bacteria make up a major part of the “good bacteria” we carry in our bodies. We have a mutually beneficial relationship with them. These good bacteria help protect us against pathogens, and in return, they get nutrients (like leftovers in our digestive tract).

Many of the probiotics found in fermented foods are of the Lactobacillus type. And they are also some of the most common probiotics that people take in supplements, along with Bifidobacteria, Bacillus, and some others.

Some of the most well-known foods containing probiotics are dairy, like yogurt and kefir. But there are many plant-based, vegan sources, too: sauerkraut, kimchi, miso, tempeh, water kefir, and even plant-based, dairy-free “yogurt” products!

According to LoveBug Probiotics, four out of five probiotics supplements include some kind of dairy in production. But there are vegan options, too! Often nowadays, they’ll be labeled as “vegan” on the package. I’ll recommend some specific ones below.

So What If My Probiotics Were Cultured in Dairy?

Most vegans would prefer not to take probiotic supplements that were cultured in dairy. But it’s worth noting that there is generally not dairy remaining in the final product. The dairy gets consumed by the bacteria.

The reason most vegans would still prefer to avoid probiotics cultured in dairy is this: If you’re an ethical vegan, your goal is to remove your financial support from the animal agriculture industry.

So it’s not just about keeping your body free from dairy. Vegans also generally want to remove support from all companies that use animals and animal products in any way. So we’d rather support probiotics companies that use plant sources for fermentation, not dairy.

That said, make your own decision based on your own values and reasons for being vegan!

If you want a fully vegan probiotic supplement, be sure to check the ingredients for gelatin, too!

Gelatin is often used to make pill capsules, including in probiotics supplements. Since gelatin is typically made from boiled animal skins and hooves, it is not considered vegan or even vegetarian, really! Look for supplements with vegetarian capsules, not gelatin.

Here are my top recommended probiotics for vegans. Both of these include multiple strains of Lactobacillus, along with others!

I found LoveBug’s probiotic supplements just recently, but I’ve been really excited about it.

Their tablets offer 15x the survivability of the actual bacteria. This is key because one of the common concerns with probiotics is that they won’t actually be alive when they get to your gut.

LoveBug states on their website that all their probiotics are fully vegan. So I feel good supporting the company, too.

Check the reviews and current price on Amazon here.

This is a vegan probiotic I’ve recommended a lot in the past. It has 20 billion CFUs per serving, from 12 vegan strains.

I originally chose it because it has the top strains often mentioned for reducing gas.

I suspect the Here’s the Skinny probiotics are doing a little more for me, but Dr. Stern’s is a solid product, too, and so I would recommend them as a solid second choice.

Check the reviews and current price on Amazon here.

Lactobacillus Acidophilus is one of the most common types of probiotics that you’ll see. It’s also naturally found in the human body.

When I researched my big post about vegan farting and gas, L. Acidophilus was one of the highly recommended probiotic strains for minimizing gas.

Lactobacillus casei is found naturally in the human mouth and urinary tract. It appears in the production of dairy products like cheddar cheese, but also vegan foods like olives. (source)

The name “Lactobacillus casei” is probably a reference to the milk protein casein—but based on the research I’ve done, it doesn’t seem that this species of bacteria actually contains casein or requires it.

This strain of bacteria improves immunity and digestion while lowering cholesterol (source). The name (“lactis”) suggests a connection with milk. But again, there is no rule that B. lactis must be cultured using dairy.

Look at the product label and brand website to see if they use dairy in fermentation or not. Again, LoveBug Probiotics has clearly emphasized that B. lactis can be made without dairy, and they make only vegan probiotics.

Again, you can’t assume based on the species name whether it was cultured using dairy. Look into the specific company making the probiotics—see if they label their products as vegan or dairy-free. If not, consider sending them an email to ask!