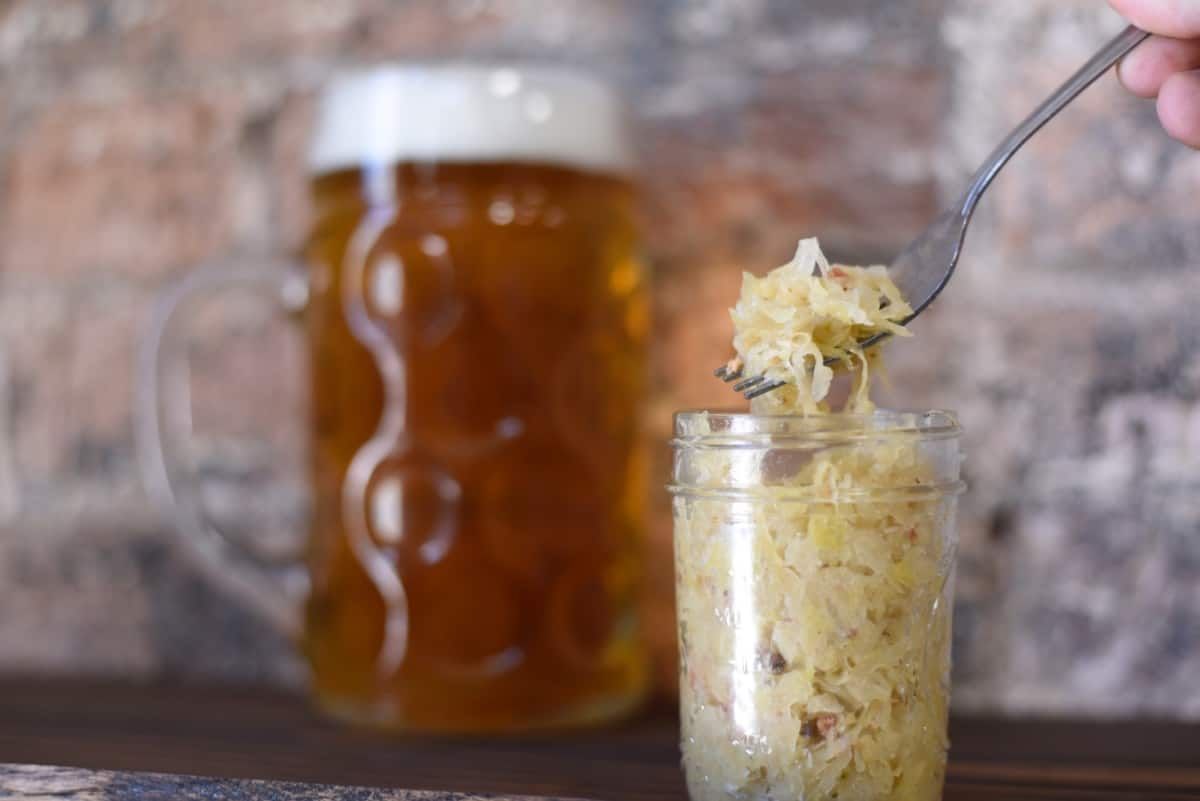 “Lactic acid” really sounds like it might not be vegan… But that’s just because it sounds similar to “lactose,” which is in milk. As it happens, lactic acid is something else entirely.

In this post, I’ll cover what lactic acid is and its role in vegan and non-vegan food and skincare products. I’ll also touch on sodium lactate, buffered lactic acid, the lactic acid found in olives, lactic acid powder, and E270 (actually just another name for lactic acid!).

Can You Consume Lactic Acid if You Are Vegan?

Yes, vegans can consume lactic acid. Some people suspect that lactic acid is not vegan because the name is similar to “lactose.” Lactic acid is also sometimes called “milk acid.” But this nickname is misleading.

Knowing the difference between lactose and lactic acid will help you understand why lactic acid is vegan and lactose is not.

The vast majority of lactic acid worldwide, especially in the United States, is made from vegetable products and not from animal products.

If you live outside the U.S or you eat imported foods, there is a small chance that your lactic acid many not come from a vegan-friendly source. If you are not sure, you can always contact the company and ask them where they source the lactic acid used in their products.

In our bodies, lactic acid is created by the breakdown of glucose. It is then converted into ATP (adenosine triphosphate), which our bodies use for energy to carry out most chemical reactions.

Lactic acid has a molecular formula of CH3CH(OH)CO2H. It is white when it is in its solid state, and it can mix in with water to create a homogeneous solution.

Lactic Acid is ten times more acidic than acetic acid. In milk or whey products, lactic acid can be created by a fermentation process in which simple carbohydrates are turned into lactic acid by lactic acid bacteria.

Lactose Is Not Vegan.

Lactose is the name given to the sugar present in dairy products. It contains glucose and galactose units. It has a mildly sweet taste and is used in the food industry.

Lactose is mostly found in dairy products such as milk, cheese, and yogurt. But it can also be found in other products such as bread and baked goods, pancake mixes, ready-to-eat breakfast cereals, instant soups, candy, cookies, salad dressings, deli meats, drink mixes, and margarine.

If you are vegan, it is important to check ingredient lists for lactose.

Lactose is sometimes used in aromas and pharmaceutical products. It is also added to baby formulas to help it match the composition of human milk.

Lactic Acid was first discovered in milk, and that is why it was given the name lactic acid, even though it is not the same as lactose.

Lactic acid is found naturally in sour dairy products. It is also found in sourdough bread, which gives it the sour flavor. Sometimes on food nutritional labels, lactic acid is counted as a carbohydrate.

It is also formed by natural fermentation in products like cheese, yogurt, soy sauce, meat products, and pickled vegetables.

Some beers, most commonly the “sour” beers, contain lactic acid. In winemaking, malic acid is converted into lactic acid.

Sometimes lactic acid is used as a food additive. If lactic acid is added to food synthetically, it is safe and approved by the Food and Drug Administration (FDA).

It can also be used as a food preservative, curing agent, and flavoring agent. During meat processing, it is used to decontaminate the meat.

A starter culture is a microbiological culture that aids in the fermentation process. These starters usually consist of a culture medium, like grains, seeds, nutrient liquids or dairy.

Many people purchase starters to make their own yogurt or cheese at home. Starters are completely removed from the medium before use, but if you are a strict vegan who wants to make sure there was no dairy used in the making, check to make sure the label says dairy-free or vegan.

In the skincare industry, lactic acid is sometimes referred to as alpha-hydroxy acid, or AHA. It is used in topical preparations and cosmetics.

Lactic acid is gentler than other acids and at the right strength can be used as a moisturizer, exfoliate, or peel treatment.

At higher concentrations, lactic acid can stimulate cell turnover and is great as an exfoliant to remove dead skin cells. At lower concentrations, it is more ideal as a nourishing agent and can help reduce the loss of water in the skin, making a good moisturizing agent.

Lactic acid has also been found to improve skin texture, reduce scarring, and help with acne.

Sodium lactate is often used as a food additive, it is naturally liquid but also can come in a powder form. It can act as a preservative, acidity regulator, and bulking agent.

It is also sometimes used in some health and beauty products like shampoo, liquid soaps, or moisturizers. Sodium lactate is also used in some pharmaceutical products and medical procedures.

Sodium lactate is naturally produced in the skin and also naturally occurs in human and animal muscle tissue. It is also made from the fermentation of sugar that usually comes from corn or beets.

Is the Lactic Acid in Olives Vegan?

The lactic acid in olives is vegan. Again, lactic acid is not the same as the milk sugar “lactose.” Lactic acid is almost always produced from vegetable sources. Vegans can eat olives.

Lactic acid powder is typically vegan. It is most commonly produced commercially from vegetable sources such as corn, potatoes, or cane sugar.

How to Check If Any Food Is Vegan

For more information on how to know if a food is vegan, refer to this article: “How to Check If Any Food Is Vegan: 3 Easy Steps (Illustrated).”

It may seem intimidating at first to read ingredients lists and know whether the chemical-sounding names are vegan. But you’ll get so quick once you know what you’re looking for and you’re accustomed to it!