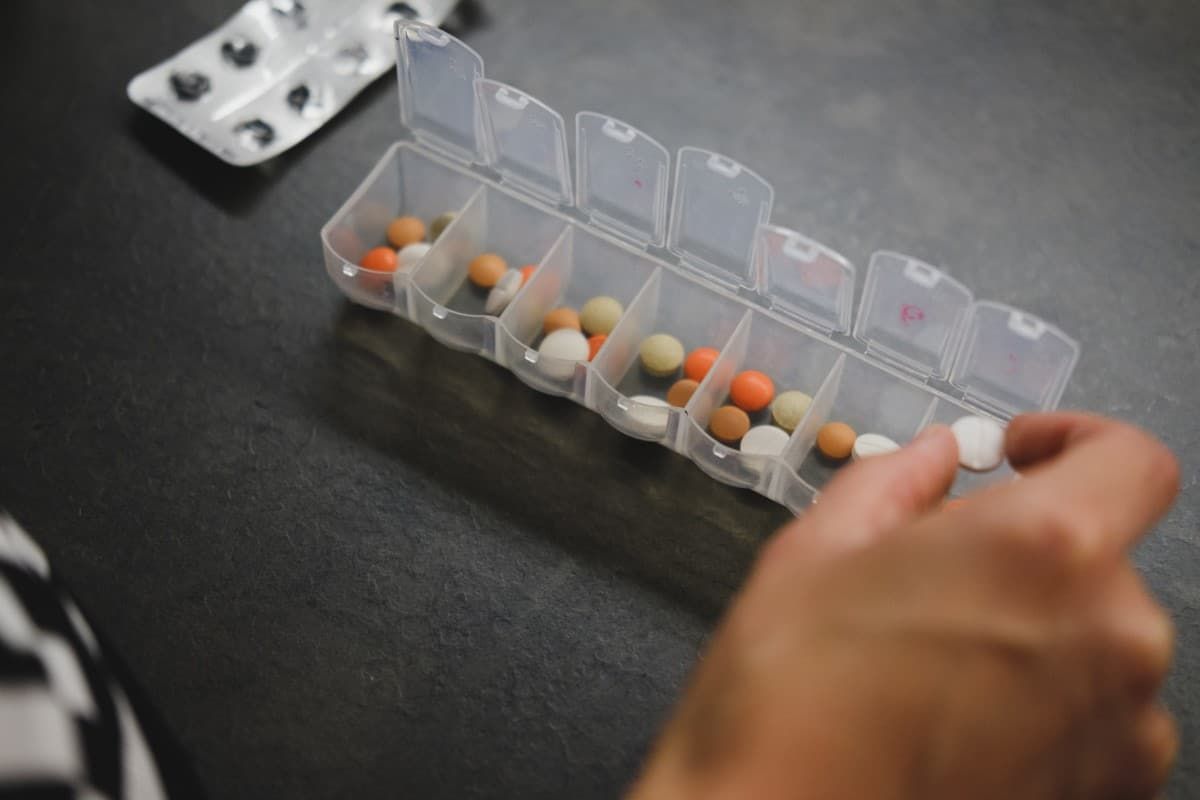 The other day, I saw the ingredient “croscarmellose sodium” listed on the package for some multivitamins. Besides that one ingredient, all the other ingredients seemed very simple and straight-forward… So as a label-reading vegan, I became curious.

Below, I’ll explain exactly what croscarmellose sodium is, where you’re likely to find it, and the process behind how it’s made! I’ll also briefly touch on the ingredient’s safety.

What Is Croscarmellose Sodium?

Croscarmellose sodium (E468) is an ingredient often used in pills and supplements. It functions as a “disintegrant,” which means that it helps the pill break down (disintegrate) in the digestive tract. This allows for the pill’s contents to be properly absorbed.

Personally, I have seen croscarmellose sodium show up in some supplements, like in multivitamins.

Chemically, croscarmellose sodium is a kind of internally cross-linked sodium carboxymethylcellulose (sodium CMC). The fact that it is cross-linked enhances its ability to finely break up the drug/supplement and allow it to be digested at the right time. (source)

Take note that sometimes this ingredient is referred to as “sodium croscarmellose,” with the words in the reverse order.

How Is Croscarmellose Sodium Made?

Croscarmellose sodium is a product of cellulose, which is a type of fiber made by plants. The specific process is described on Wikipedia, with a citation to the Encylopedia of Pharmaceutical Technology. I’ve bolded the ingredients, so we can look at each of them:

“Croscarmellose is made by first soaking crude cellulose in sodium hydroxide, and then reacting the cellulose with sodium monochloroacetate to form sodium carboxymethylcellulose. Excess sodium monochloroacetate slowly hydrolyzes to glycolic acid and the glycolic acid catalyzes the cross-linkage to form sodium croscarmellose.” (source)

As you can see, there are three ingredients that go into producing croscarmellose sodium: crude cellulose, sodium hydroxide, and sodium monochloroacetate.

To confirm that the final product is vegan, let’s take a look at each of the ingredients that go into it:

After looking into each of the ingredients, it should be clear that the final product, croscarmellose sodium, is vegan-friendly.

According to the Food and Drug Administration, this ingredient is safe when used in normal quantities, and it is virtually unabsorbed in the body. (source)

There’s no reason to be worried about croscarmellose sodium as a vegan. It’s derived mainly from cellulose, which is plant fiber. None of the other ingredients involve animals, either, and it appears to be totally safe when consumed in normal quantities.