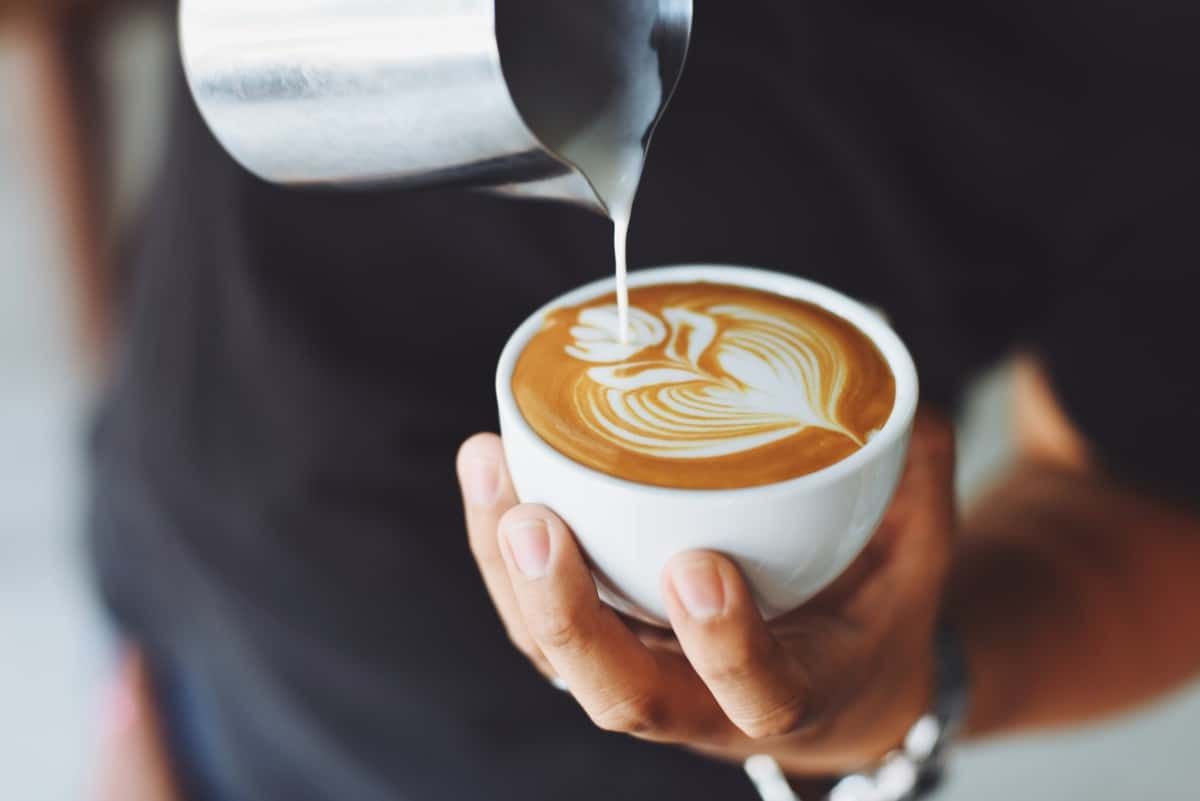 Sodium caseinate is one of the most frustrating ingredients for strict vegans and those allergic to milk. Imagine you buy some “non-dairy” creamer. Then later, you check the ingredients closer, and it says “contains milk.” Unfortunately, this happens, thanks to sodium caseinate.

Is sodium caseinate vegan? Sodium caseinate is not vegan as it is derived from casein, a milk protein. Controversially, it is sometimes included in products labeled “non-dairy.” Since sodium caseinate is a food additive typically used in small amounts, some vegans may not strictly avoid it—but it is an animal ingredient.

Below, I’ll explain exactly what sodium caseinate is and why it’s allowed in “non-dairy” products. I’ll also explain how you can be sure to avoid milk products. Then I’ll end by addressing whether it’s really necessary for vegans to boycott sodium caseinate or not.

What Is Sodium Caseinate Made From?

To make sodium caseinate, casein protein is coagulated together then combined with sodium hydroxide, a strong base.

Unlike casein, sodium caseinate can be dissolved in water. This may explain its primary reason for existing: It’s useful to have an ingredient that contains casein protein but is soluble in water, too.

Due to how it’s altered, sodium caseinate may not always be considered “dairy.” However, it is made from dairy, and it can cause problems for people with milk allergies.

For those who are lactose intolerant: Sodium caseinate may or may not cause problems. The FDA explains that it contains low amounts of lactose but it should still be avoided by highly sensitive individuals.

What Is Casein Exactly?

Casein is one of the proteins in milk. Whey is another well-known protein in milk. Both are often used in protein powders and supplements, as well as being added to various foods.

Casein is a major component of cheese, as well.

Interesting tidbit: The protein in cow’s milk is around 80% casein. Human milk, by contrast, is only about 20 to 45% casein. (source)

Why It’s Not Vegan

In order to be vegan, food should not contain animal-derived ingredients. Sodium caseinate is derived from milk, an animal ingredient. Therefore, it is not vegan.

“Non-Dairy” Products Can Have Sodium Caseinate

Sodium caseinate causes confusion for a lot of people. It’s actually allowed to be included in “non-dairy” products, even though it comes from milk.

What’s the explanation? Apparently, because the caseinates are so altered from their original form in milk, they are no longer considered dairy.

For vegans, this is frustrating, of course. Most of us avoid milk products because of cruelty to cows or environmental impact. And “altering” the milk products doesn’t change anything about the cruelty on the farm or its sustainability.

Originally, the FDA had a rule specifying that “non-dairy” products could only contain 0.5% or less milk by weight, as casein or caseinates (like sodium caseinate or calcium caseinate).

But today, the FDA does not specify any exact percentage of milk products that are allowed in non-dairy products. They have only confirmed (as of 2019) that “non-dairy” products like creamers and whip cream may still contain caseinates.

Luckily, when they appear in non-dairy products, caseinates must be labeled as “from milk” or “milk-derived” in the ingredients list.

Surprisingly, the FDA seems not to have a precise legal definition for either term. But they have shared what they take each to mean:

“We have interpreted the term “dairy-free” as meaning the complete absence of all dairy ingredients including lactose, etc.  The term “nondairy” refers to products, such as nondairy whipped topping and nondairy creamers, that may contain a caseinate milk derivative.” (source)

So it seems “dairy-free” is the more reassuring term when it comes to veganism. “Non-dairy” just specifies that the bulk of the product is not milk-derived. (But again, most “non-dairy” products are completely milk-free.)

History can help us understand this: The original purpose of the “non-dairy” label was to protect milk companies. Producers of plant-based products, for example, would be required to specify that it wasn’t normal cow’s milk but instead a “non-dairy” product.

The result is that the term “non-dairy” is not about guaranteeing a certain level of exclusion of milk ingredients. It seems to mean, simply, “Hey, this product is mostly not milk.”

Although “dairy-free” seems to be a more reassuring term for vegans than “non-dairy,” the best practice is just always checking the ingredients list.

Reading ingredients might feel intimidating. It may include chemical names you’re not familiar with. But with dairy products, we’re lucky: Milk is a common allergen, so it must be labeled clearly.

If you just look at the bottom of the ingredients list, you’ll often see the allergen warning. If it contains milk, it will say something like “Contains Milk” or “Allergens: Milk.”

Also, as noted above, with “non-dairy” products, it’s legally required to specify in the ingredients list that any casein or caseinates are “from milk,” “milk-derived,” or something similar.

So the milk ingredients are not truly being “hidden.” They’re just not labeled on the front of the package. You have to check the ingredients.

For more on how to check ingredients lists, I wrote a guide on “How to Check If Any Food Is Vegan in 3 Steps.” It includes a simple overview of how to scan ingredients lists. I believe scanning ingredients is a skill everyone should have, to know what you’re eating—but it’s especially valuable for vegans!

How Picky Should I Be About By-Products?

There’s something I feel I need to mention here: Some vegans don’t really care about little animal by-products like “sodium caseinate” listed at the end of the ingredients list.

Keep in mind: If you’re using any “non-dairy” product, that’s already going to be a loss to the dairy industry.

The amount of sodium caseinate included in products is usually quite small. It’s a food additive. It’s not the main ingredient in any product (to my knowledge).

So if you can’t be bothered to boycott non-dairy creamer that contains some sodium caseinate or something, I’m personally not going to criticize you for that!

How picky or strict you want to be as a vegan is a decision you make for yourself. There are vegans on both sides of the argument when it comes to minor animal-derived ingredients.

I personally don’t eat sodium caseinate as a vegan because it’s enough to cause the “contains milk” allergy warning, and it’s clearly labeled in the ingredients. As a result, it’s easy to know for sure that it’s from milk.

With some other minor ingredients, it’s impossible to know for sure where it’s sourced from. You’d have to contact the company to ask, and then they might not even know. So I often let those ones slide. But some vegans may let sodium caseinate slide, too, and I wouldn’t criticize that.

For more on which ingredients I let slide vs which ones I avoid, check out my guide to checking whether food is vegan.