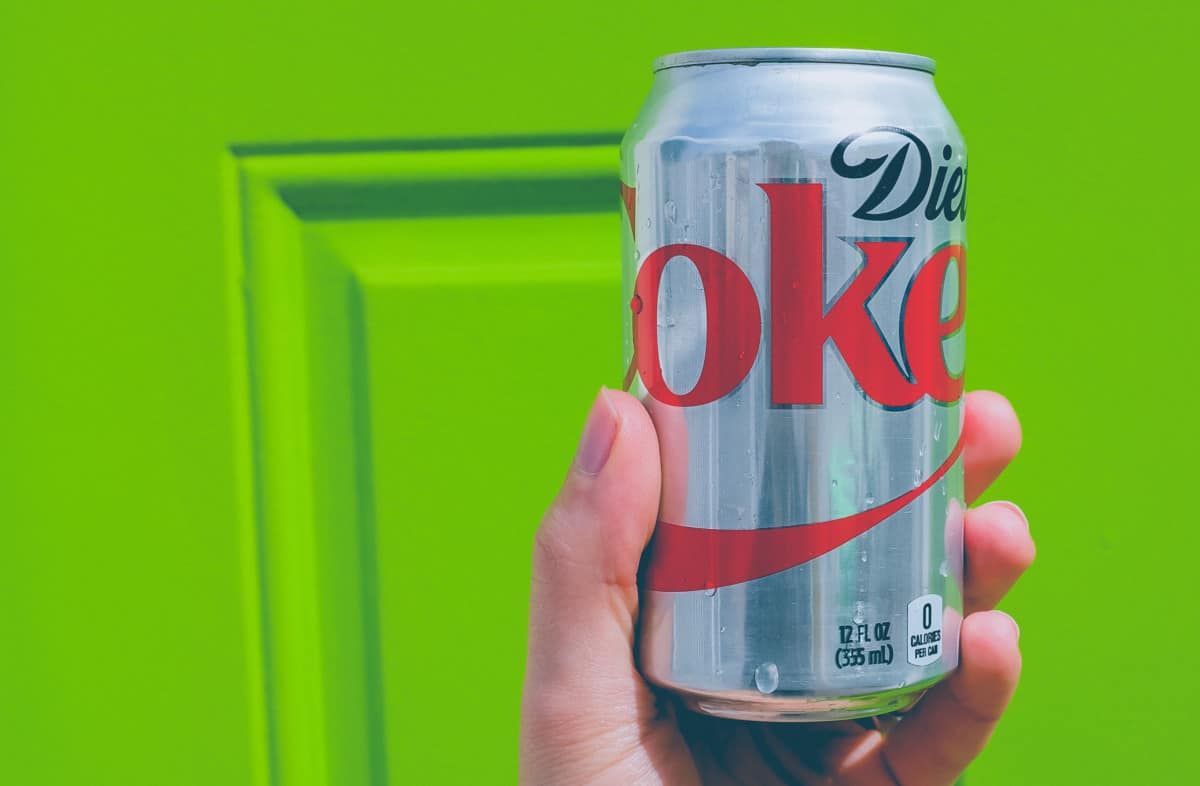 When I was a kid, I’d always see this warning on diet soda cans: “PHENYLKETONURICS: CONTAINS PHENYLALANINE.” It seemed scary, but I had no clue what it meant. As an adult vegan, I’ve become a lot more curious about ingredients, so I decided to dig deeper.

Is phenylalanine vegan? Phenylalanine is vegan. It is an essential amino acid found in many vegan foods, such as beans and seeds. Today, phenylalanine is commercially produced with the bacteria E. coli. Since animals are not involved in this process, it is considered vegan-friendly.

That’s the short answer… But there’s actually so much more to the story! I found out that when you see “Contains Phenylalanine,” it really means the product contains aspartame. Aspartame is also generally vegan—but it’s a bit more complicated!

Phenylalanine is found in tons of foods, particularly those high in protein. As far as vegan foods, soy is a particularly rich source.

It is generally not necessary to focus on “getting enough phenylalanine” in your diet. Just eat enough protein overall, and you’ll be fine. (source)

What Is Phenylalanine Made From?

Today, phenylalanine is commercially produced using genetically modified E. coli bacteria. The research that made this possible is actually pretty interesting because it led to many discoveries about the genetic code.

In 1958, Marshall W. Nirenberg discovered that when an mRNA containing all uracil repeats was inserted into E. coli bacteria, it produced a protein made up solely of phenylalanine. (source)

And it seems that the E. coli bacteria continue to be modified today to further improve phenylalanine production. Since vegans only boycott animal products, not bacteria products, this is not a concern to most vegans. However, if you oppose GMO foods, you may want to watch out for this.

When you see phenylalanine warnings on diet sodas and gum, it’s because the product contains aspartame (which itself contains phenylalanine). I believe this is because, unlikely natural phenylalanine, aspartame can lead to higher phenylalanine levels in the brain. (source) And this is dangerous to people with phenylketonuria (PKU)—see below.

The point is this: Most people searching for whether phenylalanine is vegan should probably actually be looking up whether aspartame is vegan. So let’s talk about aspartame!

Aspartame is generally considered vegan. The main ingredients are phenylalanine and aspartic acid, neither of which are commonly sourced from animals. However, Equal tablets (an aspartame product) contain lactose (from milk) as a bulking agent, so those are not vegan.

Oddly, it’s possible to use kidney enzymes from pigs in the process of producing aspartame. It can be used to separate L-phenylalanine from D-phenylalanine in the production process. Fortunately, this isn’t common in practice today. (source)

Aspartame, like all artificial sweeteners, has been tested on animals in development. This isn’t a deal-breaker for most—the Vegetarian Resource Group (VRG) lists aspartame as vegan. But some strict vegans may avoid it for that reason.

And as most people have heard, there are health concerns with aspartame, although the evidence is conflicting. Personally, I avoid aspartame because it’s been linked to higher rates of depression. It’s also suspected in Alzheimer’s and other brain conditions. (source)

The main brand names for aspartame are Equal, NutraSweet, and AminoSweet—but Equal seems most popular by far.

Equal packets and Equal spoonfuls are considered vegan, as they contain no animal by-products. However, Equal tablets contain lactose (from milk) as a bulking agent and are not vegan.

Is Phenylalanine Bad for You?

Phenylalanine is an essential amino acid, so it’s not bad for most people. It’s essential! It’s part of many healthy foods, including tofu, beans, and seeds.

The reason there’s a phenylalanine warning on products with aspartame is mainly that people with phenylketonuria need to limit their intake.

Phenylketonuria (PKU) is a rare condition where a person can’t properly metabolize phenylalanine. As a result, they must limit phenylalanine intake with a low-protein diet—otherwise, too much will build up in their brain.

Babies are usually tested for PKU with a heel-prick a day or two after birth. The phenylalanine levels are measured in their blood. If the level is high, they may be diagnosed with PKU.

If the proper low-protein diet is not followed, people with PKU can end up with severe symptoms like brain damage, seizures, and intellectual disabilities. (source)

People with PKU are assigned a low-protein diet that limits their intake of phenylalanine. Some have noted that this low-protein diet has some similar emphases as a plant-based, vegan diet. But there are many differences, too.

The great similarity is that a typical PKU diet excludes or greatly limits the intake of meat, eggs, and most dairy, as these are high-protein and high-phenylalanine foods. (source)

The PKU diet is more restrictive than a vegan diet, however. The PKU diet generally excludes nuts, beans, whole grains, soy products, and aspartame. There are also specific vegetables and fruits that are limited on the PKU diet.

A PKU diet also includes a special phenylalanine-free source of protein, like Phenyl-Free 2. This allows the patient to receive adequate protein without getting too much phenylalanine. PKU patients also often eat special low-protein bread and grain products.

This is an interesting article from a vegetarian (and former vegan) who tried the PKU diet for a day. The author said that, in practice, it was actually nothing like being vegan!