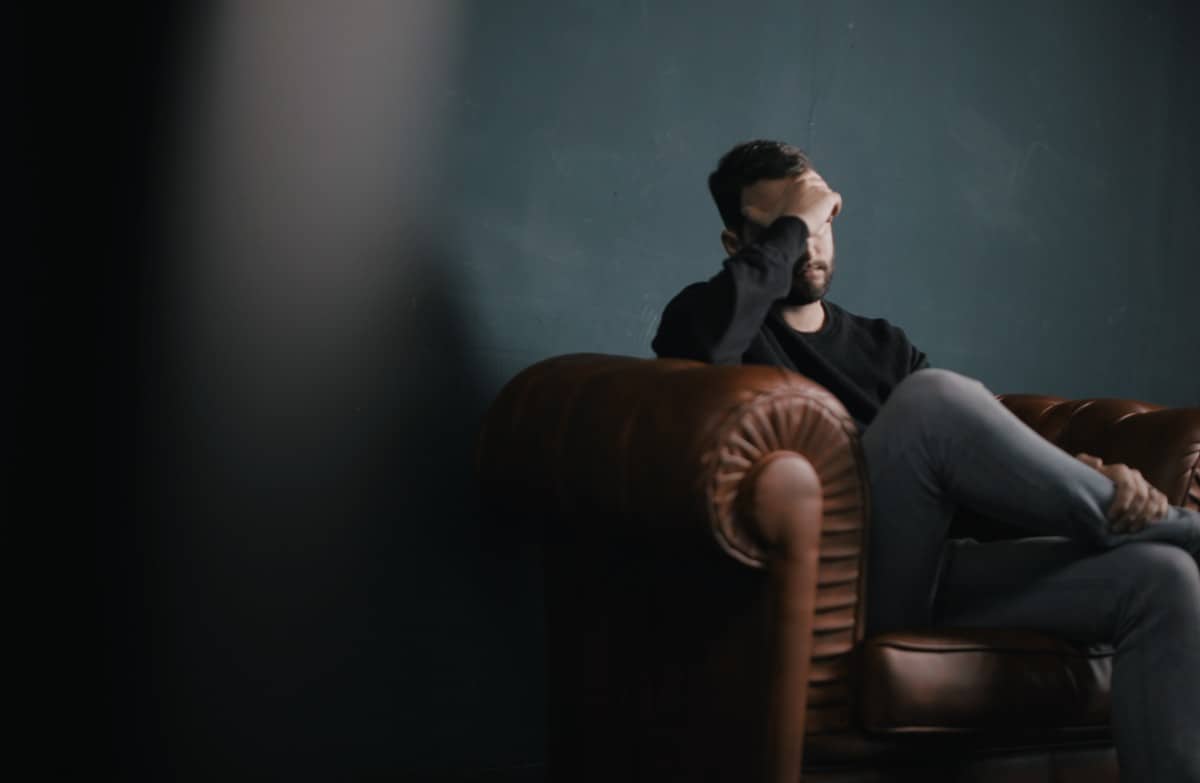 There is always a potential for side effects when you switch to a new diet, and a vegan diet is no exception. Although a vegan diet is generally thought to be good for headaches, some new vegans can run into headache issues.

What could be causing headaches on a vegan diet? For new vegans, there are several nutrients that could be lacking and causing headaches: vitamin D, magnesium, and salt are key possibilities. The problem could also be dehydration, stress, not eating enough, or food withdrawal symptoms.

Below I’ll cover more about which key nutrients and possible problems to be aware of. But for the best answer, you should consult your physician. He or she could likely take some blood tests to see if you’re low in anything specifically. And then you won’t just have to guess!

8 Vegan Nutrition Mistakes That Are Undermining Your Progress

There are many possible causes for a headaches as a new vegan.

It could be that your new diet is lacking in some essential nutrients like vitamin D or vitamin B12. In other cases, it could merely be that you’re not eating enough calories as you adjust to this stricter diet.

Stress, whether related to work, health, or another issue, might be the cause of migraine symptoms, too. In some cases, the issue is entirely unrelated to your new diet.

While it’s hard to know for sure, you can systematically go through some possible causes and cures below to see if you can identify the most likely culprit.

According to a study done by the National Headache Foundation, having a balanced vegan diet can actually help mitigate chronic headaches.

Meat is known to have inflammatory properties and is a common headache trigger. So if you already suffer from headaches, sometimes a balanced vegan diet can help reduce or eliminate your problems.

Indeed, the Physicians Committee for Responsible Medicine actually promotes a “Plant-Based Migraine Diet” to help decrease pain from migraines. It’s backed up by a study that put people on a low-fat vegan diet and saw improved outcomes.

But it’s still possible to run into headache problems on a vegan diet.

Personally, as a vegan of 12 years, I still get a minor, tension-type headache once or twice a month, which is easily soothed by taking ibuprofen. I’ve noticed it happens most often when I’m dehydrated (more on that below).

When it comes to headaches after going vegan, a shortage in particular nutrients could be to blame. Luckily, these are easy to fix if you use a supplement to replace the missing vitamin or mineral.

Many people today have low vitamin D levels, and vegans are no exception. In fact, on average, vegans have somewhat lower vitamin D levels than non-vegans (source). Luckily, this is easy to fix.

Although you can get vitamin D from the sun hitting your skin, it’s advised to also eat vitamin-D fortified foods or take a supplement to get enough—especially in the winter.

Personally I just supplement with vegan vitamin D, so I don’t have to remember to eat specific foods. Vitamin D dose recommendations vary—they’ve been increasing in recent years—but the sources I trust suggest taking around 2,000 IU per day.

Currently, I take vitamin D as part of a multivitamin formulated specifically for vegans, this one by Future Kind (link to my full review). It contains 2,000 IU of vitamin D, along with vitamin B12 and omega-3. I’ve also taken other brands of vegan vitamin D, like this one (Amazon link), and they’ve worked just fine.

When supplementing with vitamin D, you’ll have two options: vitamin D2 or vitamin D3. Vitamin D2 is taken from fungi like mushrooms, so it’s always vegan. Vitamin D3 can be taken from animal or plant sources (and it’s also the kind your skin makes in sunlight).

Generally, it is recommended to take vitamin D3 rather than D2. It has been shown that vitamin D3 can reduce overall mortality, while this has not been shown for vitamin D2 (source). Therefore, look for “vegan vitamin D3” as the ideal vitamin D supplement.

Again, for my vitamin D, I personally take the Future Kind multivitamin (link to my post on why it’s the best vegan multivitamin).

Luckily, it is easy to get enough magnesium with a balanced vegan diet that includes legumes, nuts, quinoa, and greens such as spinach.

While excess salt is not good for your health, too little salt can also cause problems for some people, such as headaches.

When you start a vegan diet, you are less likely to eat processed foods that are high in salt (sodium). Many whole plant foods have very low salt content. Therefore you may want to add small amounts of salt to your dishes to make sure you’re getting enough.

However, don’t go overboard. The CDC recommends no more than 2,300 mg of sodium per day.

Studies have shown that a deficiency in vitamin B2, also known as riboflavin, has a connection to headaches.

The good news is that many vegetables are rich in vitamin B2. Therefore, a proper vegan diet will include plenty of this nutrient.

But B2 deficiencies can be an issue for some new vegans. Make sure to include plenty of green leafy vegetables in your diet if you’re not getting enough.

Another hack to make sure you’re getting plenty of B vitamins as a vegan, including riboflavin, is to add nutritional yeast to your diet.

If you’re new to vegan food, you may have not tried nutritional yeast yet. It has a cheesy taste, and it’s often used to season pasta, salads, popcorn, scrambled tofu, and other vegan dishes. It’s also loaded with B vitamins and has other health benefits, too.

What Other Supplements Could You Need?

Some of the most common nutrients that vegans need from supplements are iron, zinc, and vitamin B12.

Missing any of these vitamins and minerals in your diet can cause occasional or chronic headaches.

Are You Drinking Enough Water?

This problem does not necessarily have to do with a vegan diet. But people on all sorts of dietary programs do not get enough water during the day.

Dehydration can cause minor headaches. If you do not get enough fluid every day, then the problem could seem chronic.

How much water do you need? According to the National Academies of Sciences, Engineering, and Medicine, men need 15.5 cups of fluid, and women need 11.5 cups per day.

What about Conditions Such as Hypoglycemia?

Hypoglycemia is another name for very low blood glucose levels. Our bodies need energy to function, and that energy comes from eating enough carbohydrates, which in turn provide glucose.

Our brain, in particular, uses up to 20% of the body’s blood glucose supply to function properly, and it is the first organ to suffer when blood glucose levels get too low.

When the brain does not receive enough glucose, symptoms can include migraines, nausea, sweating, faintness, and confusion. If hypoglycemia is severe and goes on for too long, you could even lose consciousness or die.

Hypoglycemia can come from issues such as irregular meal times or lack of carbohydrates during meals.

Hypoglycemia is not common for vegans, as most vegan foods are rich in carbohydrates. However, if you’re eating less when you start a vegan diet, it’s worth being mindful that you get enough healthy carbs.

Whole grains, such as rice, corn, or oats, are the best way to get carbohydrates. You can also get carbs from starchy vegetables such as potatoes or squash, and beans and legumes.

Nutrient deficiencies aren’t the only reason why you might be having headaches. Here are some other possibilities:

Sometimes, when you’re newly following a strict vegan diet, you might find yourself missing meals entirely, especially when no vegan food is available. Skipping meals can cause headaches for some people.

You can take steps such as:

Often, a headache has nothing to do with your diet. It could be that you’re not getting enough sleep or you’re stressed.

What this means is that you may not have a “vegan headache” at all. If you don’t think there’s anything wrong with your diet, consider looking at possible external causes.

What about Food Withdrawal Symptoms?

Food withdrawal is a possible cause of headaches for new vegans. When you switch to a new diet, your entire body needs time to adjust.

While there aren’t many studies on this topic, many people report withdrawal symptoms when they stop eating dairy and meat. These temporary symptoms often include headaches.

If your problems persist and don’t seem to go away when you make the appropriate dietary changes, there are some other possible treatments you could look into, such as acupuncture and herbs and supplements such as:

1. I already mentioned this above—but this is the best vegan multivitamin I’ve found in 13 years of being vegan. It has vitamin B12, vitamin D, omega-3—and nothing else. Translation: It only has the nutrients vegans are actually low in. Read my full review of Future Kind’s multivitamin here (with 10% discount).

2. And this is the best vegan starter kit I know of. It’s a bundle of 9 beautiful e-books that help you transition to a healthy plant-based diet—the right way. The advice is spot-on, and it has print-outs and checklists that make it easy to implement. Read my full review of Nutriciously here.

This blog is reader supported. If you click a link on this page and buy something, I may receive an affiliate commission at no extra cost to you. Learn more.

The content on IAmGoingVegan.com is intended only for informational and educational purposes. It is not intended to provide medical advice or to replace your doctor or health practitioner in any way. No content on this website is intended to diagnose, cure, treat, or prevent any disease, health condition, or illness. The publisher of this content does not take responsibility for possible health consequences of any persons applying the information in this educational content. Always consult your healthcare provider before making changes to your diet, adopting new practices for therapeutic reasons, or taking supplements.

Get my FREE cheat sheet with 8 vegan nutrition mistakes you need to avoid—plus more plant-based guidance.

100% Privacy Guarantee. Your email address is safe with me