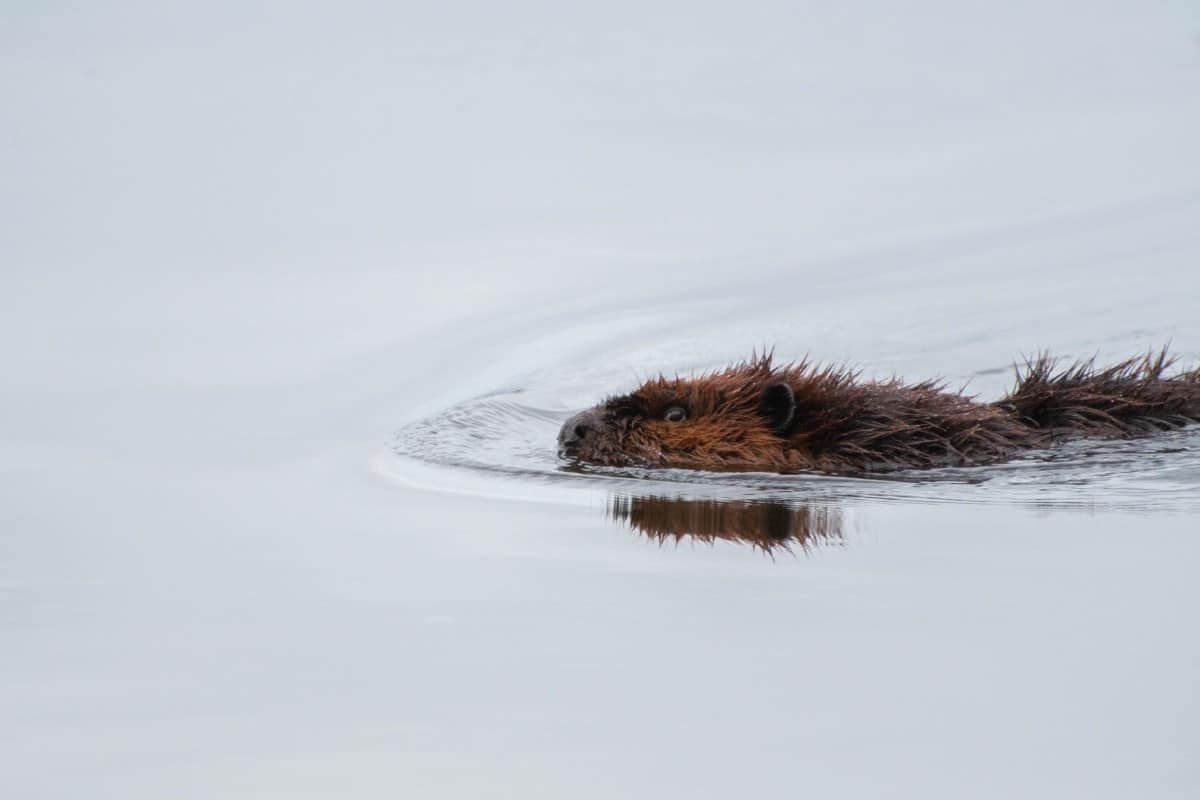 When you go vegan, you may learn about all kinds of weird animal ingredients. One of the weirdest is castoreum. It comes from the “castor sacs” near a beaver’s tail, and it smells like “vanilla with a hint of raspberry.” Thankfully it’s not common in products today, but it does still see some use.

How is castoreum harvested? Today, most castoreum is harvested in a sterile environment by anesthetizing beavers and expressing the castor sacs near their tails. In the past, beavers were often killed for their castoreum and pelts, and they nearly went extinct from it.

Below I’ll lay out exactly what castoreum is still being used for today, how it is harvested from beavers, and how you can avoid it. At the end of the post, I’ll also explain a strange reason why food producers don’t even have to list castoreum on food labels. Read on to find out!

What Exactly is Castoreum?

Animal scent markings are notorious for smelling terrible. But castoreum is different. It has a musky smell that some people describe as vanilla mixed with a little raspberry. This scent comes from the beaver’s diet of tree bark and leaves.

Castoreum comes from both male and female beavers, and it can range in color from yellow to grey, depending on the sex of the beaver and its species (Canadian, Alaskan, and Siberian beavers are all different types). Castoreum is very sticky—its consistency gets compared to molasses.

Do Beavers Get Killed for Castoreum?

As an ingredient, castoreum used to come from dead beavers, which trappers hunted for their pelts. The beaver trappers would remove the entire castoreum gland from the beaver and preserve it by smoking it.

Today, this is far less common. Trappers still may sell the sacs after trapping and killing what people consider to be “nuisance beavers,” but that is not the main way castoreum gets harvested.

Modern castoreum harvesting techniques do not kill the beaver.

How Is Castoreum Harvested Today?

Today, the beavers are anesthetized, and their castor sacs (found near their tails) get ‘milked’ to squirt out the castoreum. In such cases, the beavers do not get killed.

After the castoreum is “milked” out of the castor sacs, the producer dries the substance into a solid. This dried castoreum gets used mainly as a fixative in perfumes.

It also gets used as “natural flavoring” in some food. However, because it is expensive and difficult to obtain, the use of castoreum in food is very infrequent.

The History of Castoreum Use

Castoreum has been an ingredient for thousands of years. There is evidence of it getting harvested as early as the Roman Empire.

In Roman times, doctors recommended it for many ailments, ranging from headaches to gout, and it got widely sold in pharmacies. The substance remained popular well into the 1800s.

Today, one of the most prominent uses of castoreum is as one of the ingredients in a Swedish schnapps called BVR HJT.

During the Middle Ages, the higher demand was for beaver pelts—castoreum was just a valuable by-product. Beavers were therefore hunted extensively across the European continent until they became endangered.

Later, when Europeans colonized North America, they stumbled on a beaver population in the millions and promptly took up beaver hunting again.

They would hunt the beavers for their meat, pelts, and castoreum, which became a popular ingredient in perfumes even after it fell out of favor as a natural remedy.

The Recent History of Castoreum

The use of castoreum as a food additive only became widespread in the 1920s, when manufacturers started looking for industrial flavoring agents and decided to look to the perfume industry for ideas.

They liked the vanilla-like character of castoreum. Instead of replacing vanilla, they would use trace amounts of castoreum to make fake vanilla taste more like real vanilla.

The beaver product was also used in the cigarette industry to give tobacco products added taste. You didn’t even need that much castoreum to provide flavor to cigarettes. Approximately eight pounds could flavor hundreds of billions of cigarettes.

But with all the hunting and trapping, beaver populations became endangered, so producers started milking castoreum from live beavers (anesthetized, as mentioned above).

Another reason that castoreum fell out of favor was kosher rules. Any products that contain castoreum cannot earn kosher certification.

You can occasionally find castoreum in high-end perfumes and artisanal food products still today. But even then, the ingredient is quite rare.

The modern way of harvesting castoreum is labor-intensive—hand-milking a beaver’s castor sacs—and that has made the ingredient very expensive.

In the food industry, the consumption of castoreum is less than 300 pounds a year now. That’s very low when you compare it to the annual use of natural vanillin from the vanilla seed. (Industry uses over 2.5 million pounds of vanillin each year.)

Even in the perfume industry, most of the castoreum is now synthetic rather than naturally sourced.

The Many Uses of Castoreum

In Roman and medieval times, castoreum was part of “Caesar’s Antidote,” a remedy that women used to induce abortions and relax menstrual pains.

It also served as a natural remedy for fevers, headaches, toothaches, earaches, gout, colic, insomnia, fatigue, and attention deficit disorder. Some people took it as a general health tonic.

It was only in the past century that castoreum had commercial uses. Because of its musky odor, it became popular as an ingredient in perfumes and a flavoring in cigarettes.

Castoreum was an alternative to vanilla, though in most cases, food producers just used small amounts of castoreum to enhance existing vanilla flavoring rather than as a substitute.

Some artisan food producers still use castoreum. However, it is scarce as an ingredient because of the cost, the lack of kosher certification, and the ethical concerns that many customers would have.

Vanilla extract is the preferred choice for almost all food producers these days. It’s just economically not feasible to do large-scale castoreum harvesting.

Since castoreum is expensive, it is not common these days. However, it does still appear in some artisan food and perfume. Some producers, especially in the fragrance industry, now use a synthetic version of castoreum instead.

Why Does Castoreum Not Need to Be Listed as an Ingredient?

One of the alarming facts for a new vegan might be that food producers don’t legally have to list castoreum as an ingredient.

Why is this the case? The FDA says castoreum is safe for human consumption, so companies can legally use it in food products, and they can include it under the umbrella term “natural flavoring.”

But take heart—it is highly unlikely you’ll encounter a food product with castoreum as one of the ingredients.

However, if you really want to be 100% sure a product doesn’t contain castoreum, you can contact the food or perfume producer to ask them. Because of issues related to ethics and kosher laws, most producers will readily explain their “natural flavorings” don’t include castoreum.