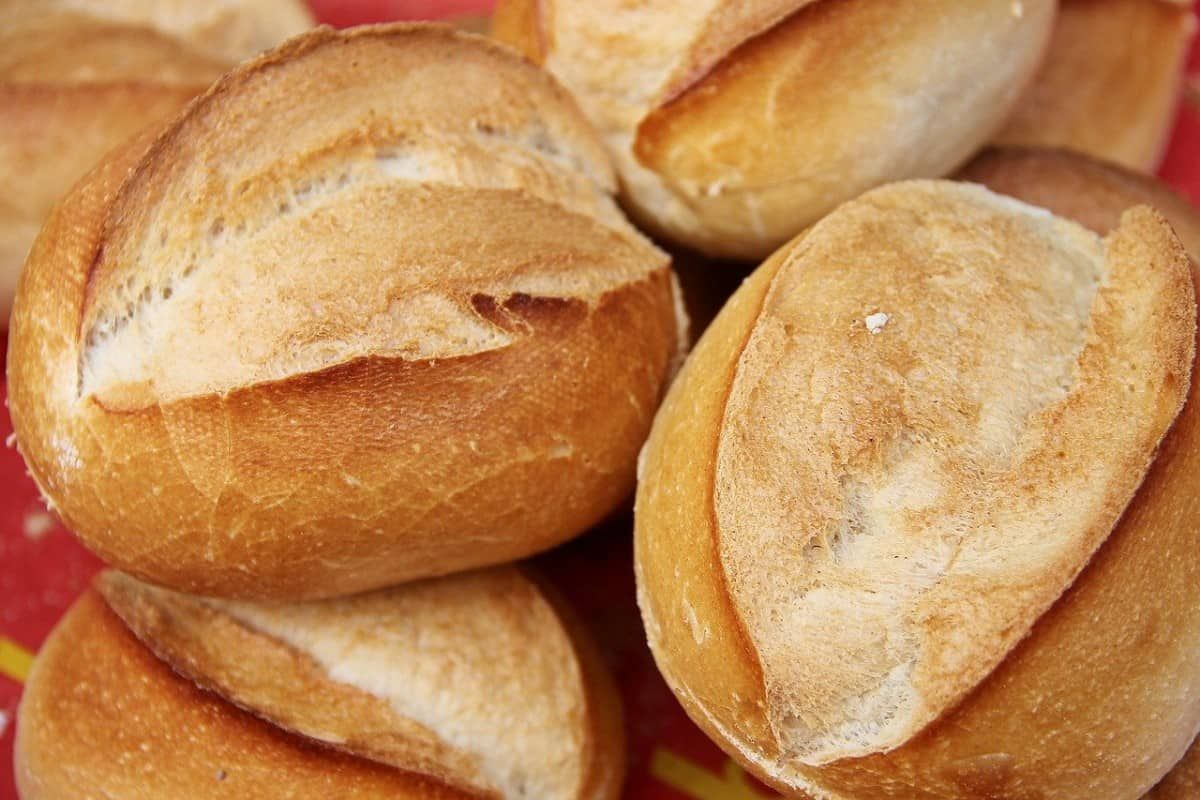 I remember when I first went vegan, I went to the grocery store and read the ingredients on all the bread. I remember being stumped by this ingredient: Sodium stearoyl lactylate. “Lactylate” sounds like it could be from milk… But is it?

In this post, I’ll explain exactly how this ingredient is made, all the best evidence on whether it’s fully vegan or not, and how to handle that uncertainty as a vegan! I’ll also cover some related “lactylate” ingredients.

What Is Sodium Stearoyl Lactylate (E481)?

Sodium stearoyl lactylate is a very common food additive. It is used to help foods mix together well and also to increase the volume of certain foods.

It is used in foods such as bread, baked goods, pancakes and waffles, pudding, sauces, gum, snack dips, and more. It is most common in yeast-raised bread products like bread, buns, and tortillas. (source)

How Is Sodium Stearoyl Lactylate Made?

Sodium stearoyl lactylate is made from lactic acid and stearic acid, along with either sodium carbonate or sodium hydroxide to neutralize the acids. Of those ingredients, stearic acid is the one of most concern to vegans. But let’s take a look at each of them in order.

So, bringing all of this together… the one concern with sodium stearoyl lactylate for vegans is that the stearic acid could have been made from animals.

But Is it Actually Made From Animals?

So, the stearic acid could be sourced from animals—but is it usually?

Archer Daniel Midland Co. is one major manufacturer of sodium stearoyl lactylate. And they report that their product is vegetable-based. They use lactic acid produced by microbial fermentation and stearic acid that comes from soybean oil. (source)

One other resource says, “nearly always, vegetable oil will be used” for the production of sodium stearoyl lactylate.

Further, the VRG, which does some of the best research on these matters, has decided to list sodium stearoyl lactylate as “Typically vegan.” (source)

If you want to look deeper into the sources of the sodium stearoyl lactylate in a specific product, you can always ask the company. However, they may not be able to tell you exactly how all of the ingredients are sourced.

Lactic acid is typically produced by fermenting carbohydrates like corn and molasses. I covered this a bit more in my post all about whether lactic acid is vegan.

It’s possible for lactic acid to be fermented from lactose—milk sugar—but that is not common. That is typically only done for lactic acid that’s going to be used in ice cream and other dairy products. (source)

So… Can Vegans Eat It?

Sodium stearoyl lactate falls into a “gray area” for vegans. When you see it listed in the ingredients, it’s possible that the product contains a small amount of a derivative of animal fat—but it likely doesn’t.

So how should you respond? It depends on your vegan ethics and your priorities.

Some vegans would prefer to “be safe” and not eat it. Others (like me) are fine with just eating it. And others will take the time to email the company and ask how the ingredient is sourced.

For me, I’m okay with eating sodium stearoyl lactylate. Here’s why: Boycotting it doesn’t have much impact, but it makes veganism a lot harder.

For me, veganism is about making an impact for animals. But 99% of the impact of a vegan diet comes from cutting out meat, dairy, eggs, and other major products that we know come from animals, like leather.

When it comes to sodium stearoyl lactylate, we don’t even know whether it’s being sourced from animals. Plus, it’s only used in small amounts.

If you want to email companies to ask about this ingredient, that may create positive change because the company will know consumers care about veganism. Or if you want to just avoid it because it grosses you out, feel free. But I’d say it’s not a necessary ingredient for vegans to avoid.

Let’s quickly look at some related ingredients—other lactylates—and whether they are vegan-friendly.

This is just another name for sodium stearoyl lactylate. Chemical names often include numbers to help describe the structure of the molecule. However, the number is not always included.

Therefore, everything above about sodium stearoyl lactylate also applies to sodium stearoyl-2-lactylate. It’s a gray area for vegans, but it is considered “typically vegan.”

SSL is more commonly used because it’s better at “crumb softening.” However, CSL is a better dough strengthener, so it’s preferred for certain types of bread. (source)

We’ve covered that lactic acid is usually vegan. What about lauric acid?

Lauric acid is mainly found in plant oils, such as coconut oil, laurel oil, and palm kernal oil. It can also be found in the milk of cows, goats, and humans—but it seems to be more commonly plant-based. However, it was difficult to find solid data on this.

Therefore, sodium lauroyl lactylate is probably vegan. It is possible that the lauric acid comes from milk, but that’s not likely. Most vegans would be fine with this ingredient.