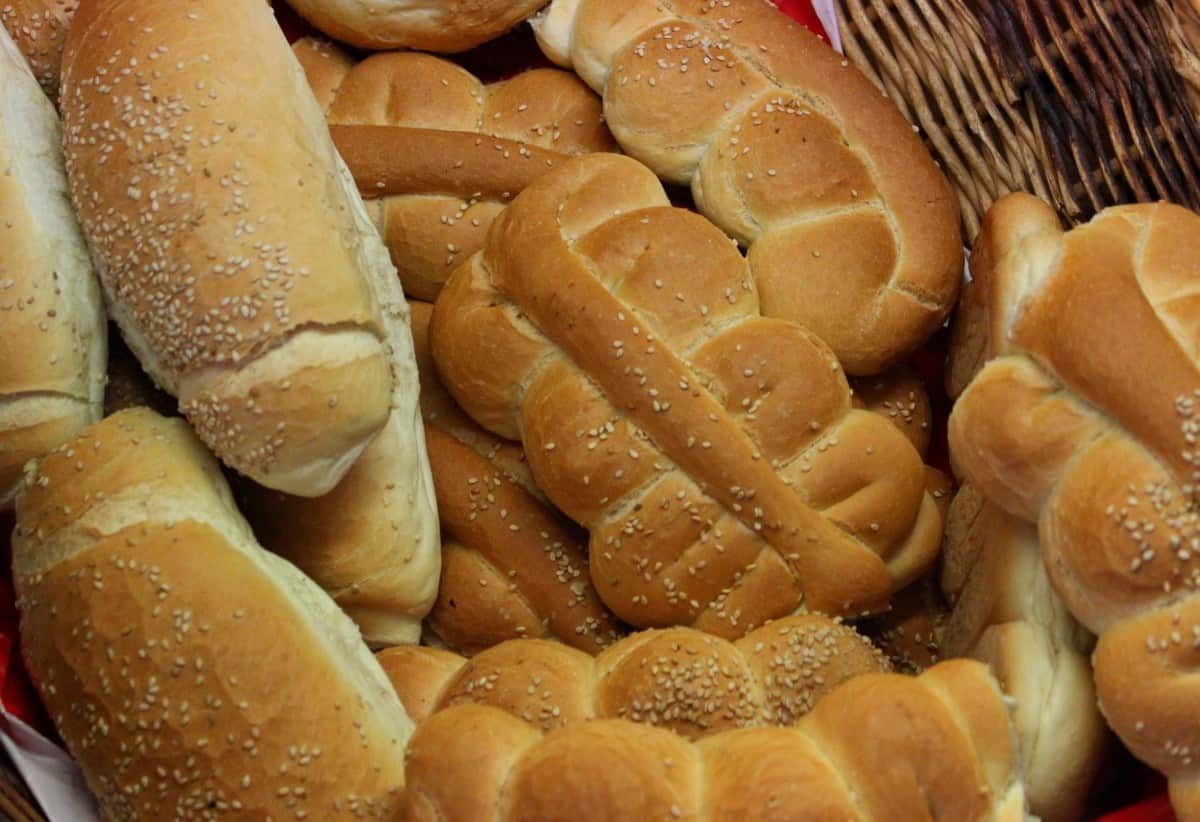 When you’re switching to a vegan diet, there can be some surprises in learning which products are vegan and which aren’t. As part of this process, you might start calling everything into question—even the most basic, common sources of carbs. So let’s dive into one of those: wheat!

Is wheat vegan? Wheat is considered vegan. Some people confuse “vegan” with “gluten-free,” but the two terms are not related. A vegan diet is one without animal products. Since wheat and other grains are plants, not animal products, they are welcome on a vegan diet.

That said, many wheat-based products do include some animal products in the final dish. So let’s take a closer look at some common wheat foods—bread, flour, pasta, and tortillas—and address common barriers to those foods being fully vegan.

I’ll also discuss why so many people confuse gluten-free with vegan!

Most wheat bread is vegan, but there are some problematic ingredients to look out for. Honey is the most common animal ingredient found in bread. Sometimes a milk derivative like whey will also be included. If neither of these ingredients is present, the bread should be vegan.

If you’re buying freshly-baked bread, you might want to ask the baker or salesperson if the bread contains any animal by-products. Usually, in my experience, it will be vegan.

Aside from milk, eggs, and butter, the following are all animal ingredients that could show up in bread:

Most tortillas are vegan, and this includes corn and wheat tortillas. The only concern is whether they contain lard. The far majority of tortillas produced today do not contain lard, so they are vegan.

While lard in tortillas might not be as common as it used to be, there are still places that use lard on their freshly baked tortillas. So you may want to check with staff when you’re eating tortillas at a restaurant.

Most packaged tortillas don’t contain lard due to the health concerns—but it doesn’t hurt to quickly check the ingredients list anyway.

Pasta is usually vegan, and this includes wheat pasta, rice noodles, and more. The exception is that egg noodles usually include eggs. Many common pasta dishes also include dairy or meat in the sauce or toppings—but the noodles themselves are usually vegan.

Pasta lovers can breathe a sigh of relief, knowing that almost all pasta products on the shelves are free from any type of animal products or derivatives. This includes white pasta and whole-wheat pasta.

But you should always check the ingredients of your favorite pasta just to be sure.

Along with egg noodles containing eggs, freshly made pasta often contain eggs, as well. So again, if there’s no label, simply ask the staff if they’re adding any kind of egg in the product.

Since wheat flour does not contain any type of animal product, it’s an acceptable option for vegans. Some vegans prefer whole-wheat flour for health reasons, but most vegans are okay with normal white flour, too.

Does this mean that wheat flour is healthy? Not for everyone. Those who are sensitive to gluten, especially those with Celiac’s disease, will have a very negative response to eating anything with gluten in it.

Flour is also a processed food, and white flour especially lacks some of the nutrients you would find in the whole intact grains. So don’t assume “vegan” foods are all healthy.

Even some people without Celiac’s disease can end up with some digestive issues with wheat.

There are growing numbers of people identifying as either “gluten sensitive” or “gluten intolerant.” These terms are a little new and controversial, but for whatever reason, a lot of people do feel better when they drop wheat from their diet.

Veganism and gluten-free have both become more popular in recent years. In fact, they have both exploded so much in the same time frame, some people might think they are one and the same.

The only goal both of these diets share is this: health. (However, keep in mind that many vegans also do it to protect animals and the environment.)

Going gluten-free is said to come with the following health benefits:

Interestingly, if you look at this list, these are all benefits that a vegan diet is also said to give to its adherents. But that doesn’t mean that the diets are necessarily that similar.

The main similarity is that both the vegan and gluten-free diets lead you to avoid a lot of common American junk food and fast food.

If you’re interested in both veganism and going gluten-free, you’re not alone. But it can be a little challenging to find great recipes that fit both of these requirements.

Here I’ve compiled five must-try recipes that anyone who’s vegan and gluten-free will truly enjoy. Your body will thank you and your taste buds will, too:

While being vegan and gluten-free aren’t the same thing, a lot of people find interest in both diets for health purposes. However, if you aren’t gluten-free, you can still enjoy plenty of delicious wheat products as a vegan, from bread to pasta, tortillas and more. Wheat is vegan.