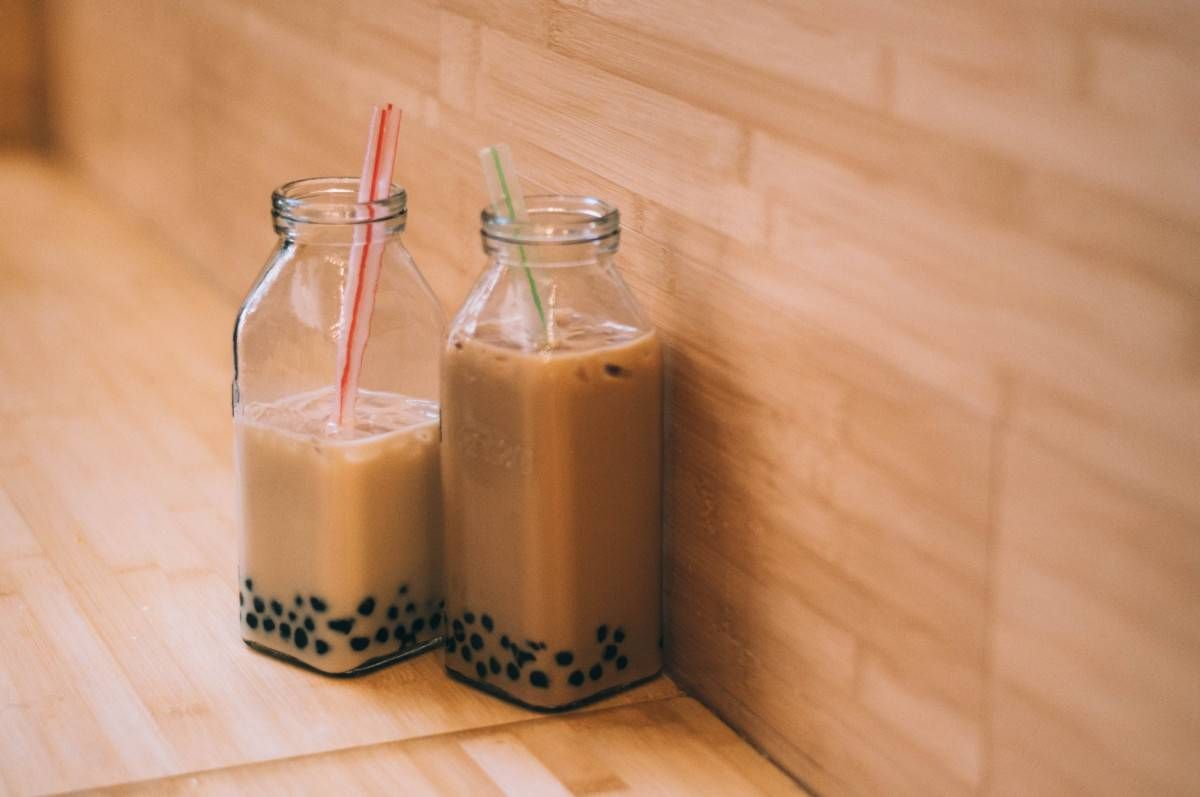 When most people think of tapioca, they conjure up images of the little pearls found in tapioca pudding, or the bigger ones found in Asian bubble teas. If you’re a new vegan, you might be wondering if you can keep consuming these products—after all, what is tapioca made out of, anyway?

So, is tapioca vegan? Tapioca is vegan. It is a plant-based starch extracted from the cassava root, and no animals are harmed or exploited in its harvest and extraction. Tapioca is commonly used in processed vegan foods such as vegan cheese.

While tapioca itself is vegan, some products containing tapioca are not fully vegan or always vegan. Read on to find out more about how tapioca is used and which of your favorite tapioca products are vegan!

What Is Tapioca Anyway?

A lot of people aren’t familiar with tapioca, even though it is featured in a few popular desserts and drinks around the world and is used as an additive starch in many other processed food products to improve texture.

Tapioca is the extracted start of a tuber plant from northern Brazil called the cassava plant (Manihot esculenta).

Tapioca originates from Brazil, but Portuguese and Spanish explorers who colonized the region later took it with them to other areas of colonial exploration, such as Africa, Asia, and the West Indies. Now, tapioca is found all over the world.

Since its transport around the world, tapioca now acts as an important staple food for many tropical third world countries. However, it is a poor source of protein, so it’s not recommended to build your whole diet around tapioca.

Tapioca Is Vegan, But Not Every Tapioca Product Is.

Veganism is a diet (and often a lifestyle choice) which completely excludes any product that was taken from an animal. This includes everything from meat to leather to fur.

Here is a list of example foods and products a vegan would typically avoid:

While tapioca in its pure form is completely vegan, tapioca is primarily used as an additive to other foods which may or may not be vegan.

Bubble tea (boba tea) is sometimes vegan. It often contains tapioca, which is vegan, but it may also contain milk or honey, which are not vegan. So you have to check each specific bubble tea to see if it is vegan.

This makes bubble tea a great example of how you need to check a specific tapioca products’ full ingredients list. Just because a product has tapioca in it does not necessarily make it vegan.

How Is Tapioca Made?

Traditionally, tapioca is produced as a by-product of making manioc flour from cassava tubers. No animals or animal products are used in this process.

During this process, the tapioca must be processed in a certain way to remove cyanide toxicity, which some kinds of bitter cassava roots contain in small amounts.

The pulped cassava roots are squeezed dry until they form a starch-rich liquid that is collected and allowed to settle in a container. Once the extraneous liquid is poured off, this leaves a starchy sediment at the bottom of the container.

Once this sediment is dried, it becomes what we know as tapioca powder, a fine powder with a similar look (and function) to cornstarch.

This starchy powder is then further processed into many other shapes and forms: powder, meal, flakes, sticks, and pearls. Pearls are the most widely available form of tapioca, mostly due to their popularity in tapioca pudding and bubble tea.

The Many Uses of Tapioca

Tapioca is used in a wide variety of foods, ranging from flatbreads such as casabe to boba, the common name for tapioca pearls that feature in many Southeast Asian desserts and sweetened beverages.

These foods and drinks include the following:

Large pearls of tapioca typically feature in sweetened drinks such as bubble tea or halo halo.

Tapioca also features in a Brazilian griddle cake called a beiju where it is topped with various toppings both savory and sweet. It is also used in a Brazilian dessert named sagu where tapioca pearls are mulled with cinnamon and cloves in red wine.

As you can see, tapioca is extremely versatile and can be used to make a wide variety of vegan (and some non-vegan) foods.

Because it is vegan, tapioca often features in many vegan processed foods, including vegan cheese.

Specifically, tapioca is often used instead of gelatin or other animal-based products for texture or consistency.

Tapioca flour is a white flour with a subtle sweetness that makes a handy replacement for cornstarch in baking recipes such as cakes and pies. It can help to create a crispy and chewy crust. Tapioca flour is often used in gluten-free recipes to replace wheat-based flours.

Tapioca flour is a useful culinary tool to thicken the consistency of soups and sauces, since it does not change the color of the sauce or soup at all and has no taste or smell of its own. It is best to use tapioca flour in conjunction with other flours, rather than on its own.

Unlike cornstarch, tapioca flour allows food products to keep their sheen, rather than giving them a chalky appearance like cornstarch typically does. It also maintains its texture when frozen, so it can be used to thicken ice cream, as well.

Tapioca in Vegan Cheese and Other Processed Vegan Food

Tapioca flour is often featured as a coagulant in vegan egg substitute products, even though it does not have as good as a thickening quality as cornstarch does. Still, it allows vegans to make recipes which call for eggs as a binding agent, which includes most baked goods.

Tapioca starch also features heavily in many vegan cheese recipes, such as vegan mozzarella and provolone. This is a boon for vegans, who readily give up eating and cooking with cheese to avoid exploiting cattle and sheep, but often still miss the flavor and texture of real cheese.

I remember seeing that tapioca flour is one of the main ingredients in Daiya vegan mozzarella cheese, which is one of the most popular vegan cheese options currently on the market!

When used in vegan cheese, tapioca starch lends the cheese a stretchy texture when it melts, making it a popular addition to vegan pizzas and as a topping for vegan casseroles.

Tapioca, while a good additive in many recipes, does not have many trace minerals or nutrients other than carbohydrates, and almost no protein at all. This means that it cannot form the whole basis of a healthy diet.

Vegan cheese made with tapioca flour usually has a lot less saturated fat than “real” dairy cheese, which most people would consider a good thing. But these vegan cheeses should still not be considered health food.

Tapioca: Vegan All the Way

Whether you’re using tapioca flour, starch, syrup, pearls, or pudding, tapioca is vegan. The only thing you need to be cautious about is other non-vegan ingredients in the recipes, such as milk. But the tapioca part is vegan all the way!