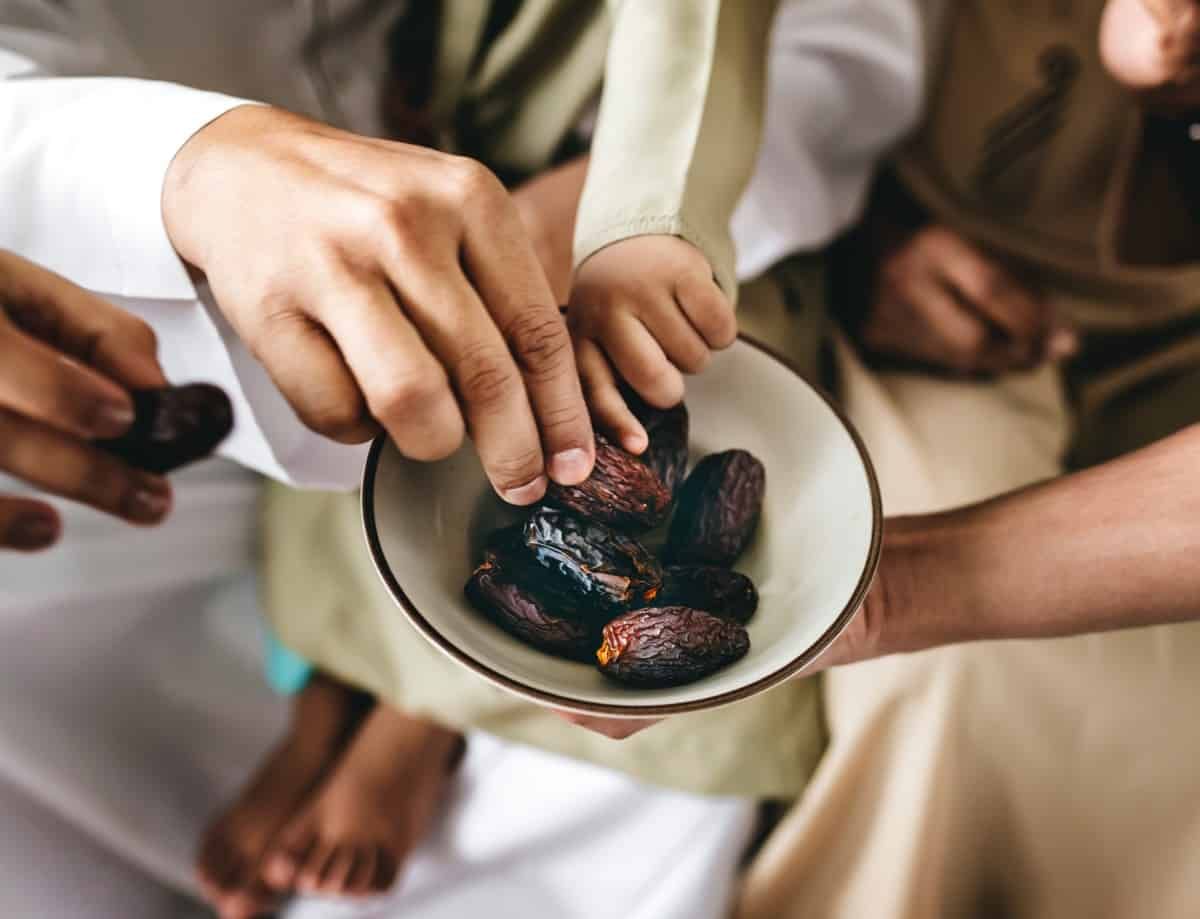 Vegans and religious Muslims are in a similar boat when it comes to avoiding certain foods in their diets. The rules for what is vegan and what is halal are not exactly the same or even based on the same underlying reasons—but there actually is a lot of overlap.

So, is all vegan food halal? Vegan food is usually halal but not always. The main exception is alcohol, which is vegan but not halal. Aside from alcoholic drinks, alcohol is present in some vegan products like vanilla extract and soy sauce, as well as in certain vegan recipes.

Read on for the full explanation of which vegan foods are not halal and other possible issues to look for! At the end of the post, I’ll also quickly address the reverse question: Is all halal food vegan? And can you be fully vegan as a Muslim? (The answer is yes!)

Why Vegan Food Is Usually Halal

For most practical purposes, vegan food is almost always going to be halal. The main exception is just alcohol.

When religious Muslims go to restaurants, they often choose vegetarian or vegan options. This is because it can be a quick way to rule out the forms of meat that are not halal.

Of course, Muslims are popularly known to avoid pork. But strict religious Muslims also avoid other specific animal fats, as well as meat from animals not slaughtered according to Islamic law.

Given these specific conditions for how animals should be slaughtered in order to be halal, it makes sense that just ordering vegan food will sometimes be a quicker way to make sure you’re avoiding meat that is haram.

But keep in mind that vegan food is not always halal due to the exceptions I will cover (mainly alcohol).

Alcohol Is Vegan But Not Halal

Alcohol is the major food that vegans are allowed to eat that Muslims are not. But depending on who you ask, it’s not just beer, wine, and liquor that you should be thinking about here.

There are also small amounts of alcohol found in dressings, sauces, and other such products.

From what I can gather, this is a debated point. Do Muslims really need to avoid vanilla extract? (And the same can be asked about certain brands of soy sauce, for example, which also can include alcohol.) I think the answer depends on who you ask.

So even if you aren’t drinking alcohol alongside your vegan food, alcohol can still show up in certain vegan foods. And if you’re trying to follow very strict halal standards, this is something you should take account of.

Other Possible Sources of Haram Food in a Vegan Diet

For practical purposes, alcohol may be the only thing you need to keep in mind asking if vegan food is halal. But I did come across some other details that may be worth mentioning.

Some of these following points may not matter to everyone. But I felt they should at least make it into the conversation.

If the vegan food in question is actually strictly vegan, then it will exclude animal byproducts such as gelatin and rennet. But if vegan is being defined more sloppily, then you may want to ask about these ingredients.

Gelatin is made from boiled animal skins, hooves, and stuff like that.  Gelatin can come from cows, tags, or other animals. If the gelatin comes from pigs, then it is not halal.

Vegans are usually pretty good about avoiding gelatin, as is not even a vegetarian ingredient. But sometimes vegans don’t realize that gelatin is in a specific food product. An example of this would be Pop-Tarts or Frosted Mini-Wheats cereal, which both contain gelatin.

Rennet is an ingredient taken from the stomachs of slaughtered calves. It is used in some cheeses, and it is usually not halal. Neither is it vegan, of course. The truly vegan “cheese” options you find out there will not contain rennet. But still, be wary.

If I recall correctly, I had an early experience as a vegan where I accidentally bought a so-called “lactose free” cheese instead of a vegan cheese. And I think that “lactose-free cheese” contained rennet, which I didn’t realize at the time is not vegan.

So again, these animal byproducts are not actually vegan—but they may be overlooked sometimes by vegans. So if you’re at someone’s house and they tell you a certain dish is vegan, it’s still possible that it accidentally contains gelatin, rennet, or another animal by-product.

Some vegans are just not picky about all those animal byproduct ingredients. So if you’re trying to follow very strict halal standards, this is something to keep in mind.

Cleaning Your Kitchen Pans in a Special Way?

What if you’re eating vegan food that was cooked in a pan that also recently cooked some pork products or other non-halal food?

This may be an issue that not all Muslims actually care about, but I did see some people online saying that you need to clean pans and other cooking equipment in specific, thorough ways if it’s been used to cook haram foods in the past.

Again, maybe not an actual issue that everyone cares about, but it could definitely be the case at a restaurant when you order vegan food that the pans and other equipment have also been recently handling pork or other non-halal foods.

This is another issue that not all Muslims will care about, but I have seen some claims that religious foods such as Easter bunnies, Easter eggs, and hot-cross buns are not halal.

After reading more on this issue, I got the sense that most Muslims are actually okay with eating these Easter foods and the like. They just wouldn’t do it as an actual celebration of Easter, for example.

Halal food should not be assumed to be vegan. There are many halal foods that are not vegan. Many kinds of meat are allowed by Islamic law, but no meat is allowed on a vegan diet. Eggs and dairy are also halal but not vegan.

In fact, some vegans and animal rights activists specifically take issue with halal practices around the slaughter of animals, claiming that it is cruel.

Is Halal Meat More or Less Cruel to Animals?

When I read the actual rules set out in Islamic law for the slaughter of animals, it seems to express a lot of concern for the animals’ welfare. It also seems to place sanctity on the animal’s life.

The sense I got from reading the guidelines for halal slaughter is that animals should only be killed very respectfully in order to allow us to survive.

But you can find pages like this one from PETA, which argue that halal standards for slaughter are actually more cruel than the usual methods.

By Islamic law, animals are supposed to have their throats cut across with a sharp knife. It is commonly said that the animals then “bleed to death,” although this source says the animals actually die from cerebral hypoxia (lack of oxygen to the brain) before they would die from blood loss.

It certainly looks gruesome if you watch a video of a live animal bleeding out from its cut throat. But I think most methods of killing look pretty bad.

Personally, I don’t know enough about what animals experience in a typical slaughterhouse versus in a halal operation to actually say which is worse.

Can Muslims Be Vegan?

Muslims can absolutely be vegan. The Quran states that it is permitted to eat meat, but it does not say that it is required or even encouraged. In addition, the Prophet Muhammad expressed great reverence for animals and emphasized the importance of treating them well.

For a great blog post on what it’s like to be a Muslim vegan, check out this post. I thought it was really interesting and handled the issue well.

In addition, check out this resource I also found explaining why vegetarianism is compatible with Islam.