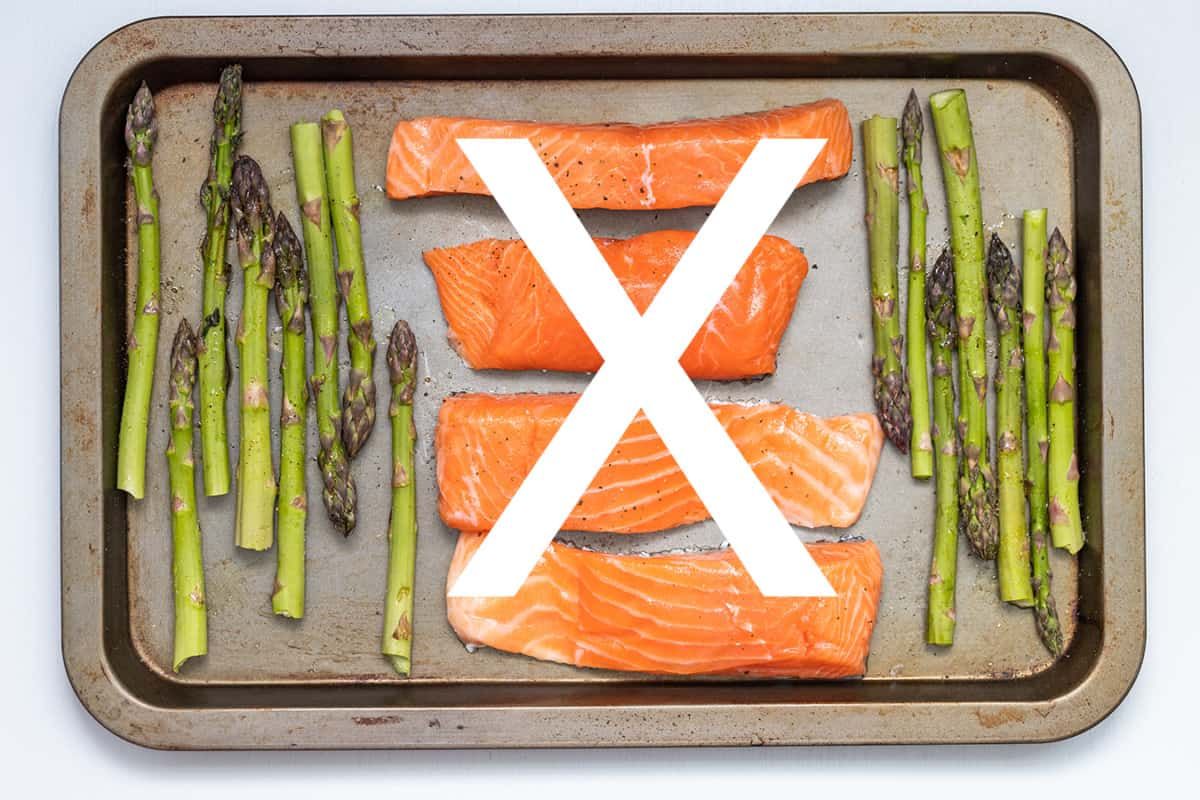 A lot of people have confusion about fish when it comes to pescatarian, vegetarian, and vegan diets. It can be hard to keep straight all the terms and beliefs behind each of them.

So, do vegans eat seafood? Vegans do not eat seafood, as they do not eat any animal products. However, there are strains of veganism where certain types of seafood are allowed. For example, ostrovegans eat bivalves such as oysters, while seagans allow all seafood into an otherwise vegan diet.

In this post, I’ll explain why vegans don’t eat seafood, as well as the reasons that ostrovegans and seagans do. Stick around until the end of the post, too, because I’ll share some great recipes for vegan fish alternatives!

If you’re vegan or considering a switch to a vegan diet, it’s important to know the reasons behind the diet. This allows you to stay motivated in your own adherence, and potentially advocate the diet to others, as well.

It’s commonly understood that most animals, including fish, feel pain. There has been plenty of research done to prove that fish have nociceptors, which are used to detect harm from a variety of factors, including heat or pressure.

Considering this, most vegans would argue that if you don’t believe in killing or harming land animals for food, you shouldn’t be okay with eating fish, either.

Notice that these reasons apply even to fishing locally, like a father and son would do.

Although commercial fishing can be extra cruel and unsustainable (as covered below), even killing individual fish with a single line causes pain and suffering to those fish. And considering that humans today don’t need fish to survive or be healthy, vegans find this ethically unacceptable.

* This belief can vary when it comes to bivalves such as oysters, since their biology differs in some critical ways and they likely do not feel pain. More on that below.

Commercial fishing wreaks havoc on the ocean in more ways than one:

The fact is that commercial fishing is hurting our oceans. It’s just like when you see forests being chopped down. So much lost habitat, lost life, lost beauty and diversity. Just because we can’t see it with our eyes doesn’t mean it isn’t happening.

While it’s true that fish have plenty of heart-healthy omega-3s, there is a downside to consuming these creatures, too: the overwhelming amount of mercury and polychlorinated biphenyls (PCBs).

I think we all know the dangers of mercury—but a lot of people aren’t aware of PCBs and their effect on the human body. Well, they have been shown to cause cancer in humans while also being linked to birth defects.

Really, it’s easy to get vegan omega-3s without fish. Just take an omega-3 supplement made from algae. They make versions with preformed DHA and EPA for maximum bioavailability. I personally like this one (Amazon link)— it has a great dose size to take each day.

It can be confusing to keep up with all the different names of diets out there. When it comes to the issue of vegans vs seafood, there are 3 labels to get clear on: vegan, ostrovegan, and seagan.

A vegan is someone who doesn’t consume any type of animal products. This includes not only dairy, eggs, and meat, but also any seafood that qualifies as “animals” (fish, oysters, crabs, lobster, etc).

Most vegans are motivated by animal rights and animal welfare. We see raising animals to kill them as exploitation. Most vegans avoid wearing any type of fur or leather and boycott places that exploit animals, such as zoos, aquariums, and circuses.

However, there are some vegans who purely go vegan for the health benefits. And that’s completely okay! There are a lot of health benefits when going vegan, and that’s something anyone can enjoy.

So what’s the deal with ostrovegans? You may have never heard this term. An ostrovegan is a vegan who eats oysters and other bivalves (like mussels, clams, and scallops).

But how can someone who eats these animals still call themselves a vegan? The simple answer is that bivalves don’t have a central nervous system. They don’t have pain receptors that would alert them to pain.

Since bivalves, such as oysters, do not have pain receptors, ostrovegans argue that eating them is not cruel. This is a controversial topic among the vegan community and is not a viewpoint shared by most vegans.

Keep in mind, also, there are two types of ostrovegans: those who only eat oysters and mussels, versus those who include clams and scallops, as well. Why the difference?

If you want to read more about ostrovegans, I wrote a whole separate post about them here!

Seagan: Will Eat Any Seafood.

“Seagan” might be a newer addition to the vegan community, but it is another term that should be acknowledged on this topic.

The driving force behind a seagan’s choice to add fish is the health benefits of omega-3 fatty acids that come from fish. Most pure vegans will point out that many plant sources also have omega-3s, including:

But apparently, seagans don’t believe these sources of omega 3’s are as good as fish and fish oil.

If you want to try and replace your favorite fish dishes with something vegan-friendly, there are plenty of options.

Whatever kind of fish meal you want to replace, just Google it along with “vegan recipe” and you’ll find a vegan way to approximate it! You can veganize anything!

Second, if you’re mainly looking to get the protein you would get from fish, look to some of these other vegan protein sources:

The frozen aisles of your local grocery store should be stocked with plenty of vegan substitutes, too. There are fishless filets you can buy that taste like the real deal, as well as yummy fish sticks at certain stores.

Should You Eat Seafood?

Traditionally, vegans definitely do not eat seafood, but ostrovegans and seagans do eat seafood on different levels. Whatever your belief is, there are others you can find who agree with you.

Personally I’m vegan—I don’t eat seafood, and that makes the most sense to me. I feel better not killing fish or shellfish. But you may feel differently. If so, be authentic to your own beliefs, and follow what you believe.