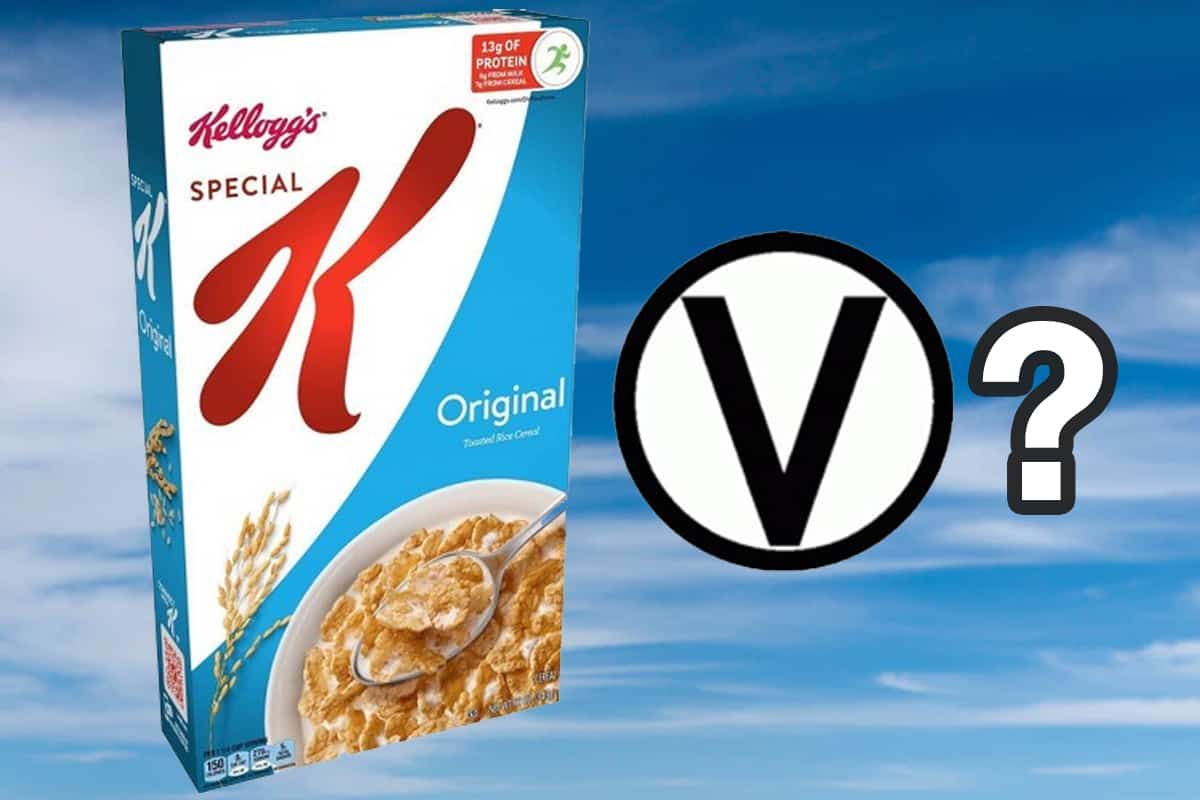 Special K used to contain a milk protein called casein. That made it clearly not vegan. Things have changed, and casein has been removed from the recipe. However, there still remains some question: Is Special K vegan?

Special K Original is generally considered vegan. However, it contains sugar and vitamin D3, which are gray-area ingredients that some vegans avoid. Other flavors of Special K cereal also contain honey and milk ingredients.

Below, I’ve made tables showing all the Special K flavors from the U.S., U.K., and Australia. I’ve also explained why sugar and vitamin D are complicated ingredients for vegans—so you can decide for yourself how to treat them.

What Is Special K Cereal Made Of?

First, let’s look at Special K Original Cereal in the United States. For the Original flavor, the ingredients are quite similar in all the countries I checked.

I’ve bolded the ingredients of concern for vegans in red:

Sugar and vitamin D3 are also present in the UK and Australia versions of Special K Original. Let’s take a quick look at each:

So, as you can see, the vegan status of Special K depends on whether you avoid sugar and vitamin D3. For me personally, I’m fine with both of these ingredients, so I consider Special K Original to be vegan. But some other vegans would not be okay with.

What Special K Flavors Are Vegan?

No Special K cereal flavors are completely free of potentially animal-derived ingredients. All of them contain vitamin D3, which is typically derived from lanolin (from sheep’s wool). And almost all of them contain sugar, which is likely to be filtered with bone char.

Whether you consider each flavor vegan depends on which “gray-area” ingredients you personally avoid. For example, vitamin D3 is almost always animal-derived, but it’s used in such small amounts, some vegans (like me) don’t worry about it (as I explain here).

So here is the full list of flavors and which ingredients of concern they include. After that, I’ll break them down into different categories of vegan-ness. Again, these are the U.S. flavors:

Which Special K Cereals Have Dairy?

When looking at which Special K cereals are vegan in the U.S., you can first eliminate the ones with dairy ingredients. All vegans would agree these ones are definitely not vegan. So here are those…

All the rest are dairy free! Now let’s narrow down the list further.

For me personally, I do avoid honey as a vegan. But I don’t worry about vitamin D3, sugar, or natural flavors. Obviously, my preference for where to draw the line is kind of arbitrary. But in case you agree with me…

Here’s the list of Special K cereals I consider vegan:

Is Special K Vegan in the U.K.?

Now let’s check out the Special K flavors in the United Kingdom. There’s nothing particularly shocking here from a vegan perspective:

Is Special K Vegan in Australia?

Let’s take a look at the Special K flavors in Australia, as well:

The only different ingredient of concern found in Australian Special K is glycerol. Personally, I don’t worry about glycerol as a vegan. It can come from plants or animals—but VRG considers it “Typically Vegan,” and they’re one of the most credible sources on questions like this.