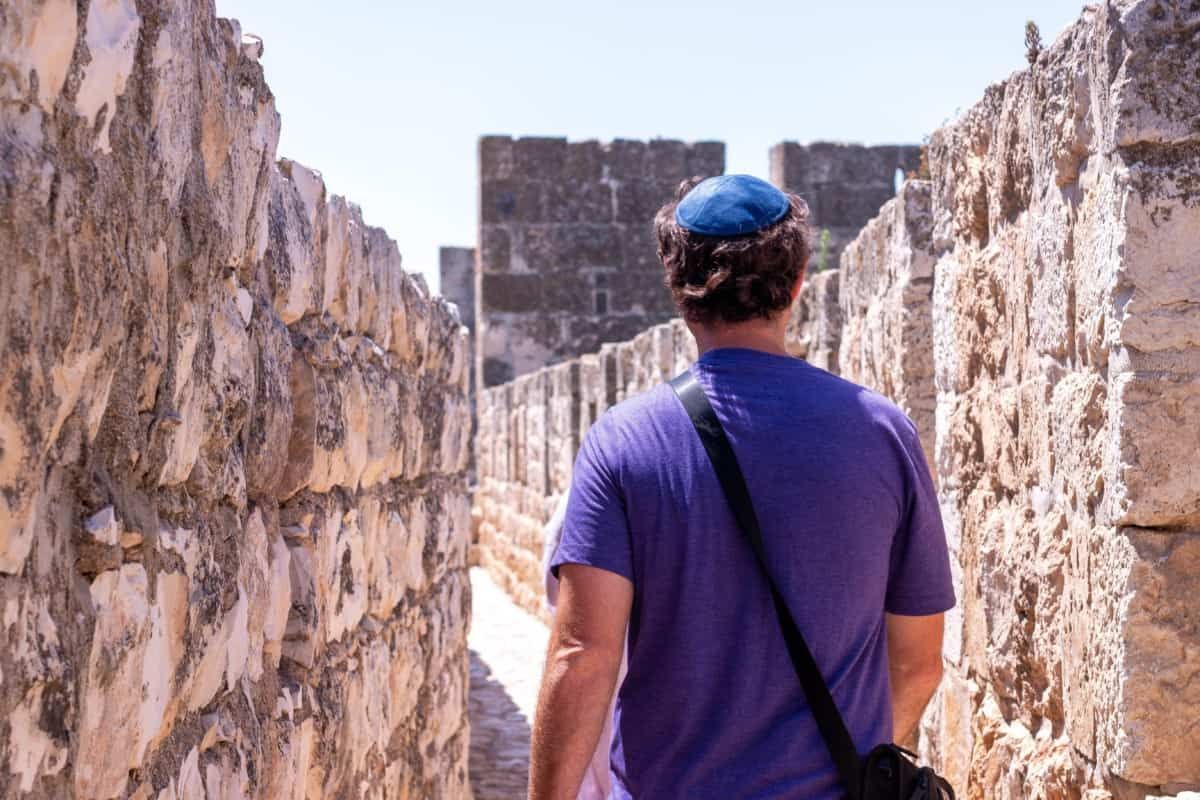 Many people who keep kosher have noticed that vegan foods tend to be kosher due to not including meat or milk products. But when you really dig into the details, there’s actually a lot more to consider.

So, is all vegan food kosher? All vegan food is basically kosher—but it depends on how strictly you follow kosher laws. Vegan food may fail to be kosher due to preparation by non-Jews, with non-kosher equipment, and without kosher supervision. There are also special requirements for grape juice and wine to be kosher.

In this post, I’ll cover the 5 big reasons why vegan food is not automatically kosher if you’re being strict about following the laws of kashrut.

Knowing that a meal is vegan will get you 90% of the way toward knowing that it is kosher.

When a meal is vegan, that means there are no animal products in it— no meat, no dairy, and no eggs. Since kosher laws prohibit the mixing of milk and meat, a vegan meal side-steps this whole issue.

Prominent Israeli Orthodox Rabbi Shlomo Riskin has actually suggested that the kosher laws are meant to nudge us toward a more vegetarian-leaning lifestyle.

How Strictly Do You Keep Kosher?

For many Jewish people, they feel comfortable counting all vegan food as kosher. But if you’re trying to fully follow the laws of kashrut, there are other requirements that need to be met.

Some people who keep kosher are comfortable assuming that any food in a vegan restaurant is kosher. Others demand more from the establishment and its certifications.

5 Reasons Vegan Food May Not Be Kosher

Here are 5 factors to consider with vegan food to determine if it is kosher by strict standards.

This is a funny one because neither Jews nor vegans want to be eating insects. But honestly, vegan organizations have not taken as many measures to ensure that vegan products don’t include insects by accident.

When you harvest vegetables and fruits, it is very easy for some insects to come along for the ride. It is quite possible for vegan foods to be certified vegan even with some amount of insects that get into the final product.

Since even a small amount of non-kosher food can contaminate an otherwise kosher dish, kosher certification requires a higher level of cleaning to ensure the removal of insects.

Indeed, there’s a passage in the Torah that says, “All the swarming things that swarm on the ground you shall not eat” (Leviticus 11:42).

Maybe vegans should adopt this higher anti-insect-eating standard from the kosher certification organizations? But anyway, it’s a difference between vegan food and strictly kosher food.

There are certain foods that must be cooked or baked by an observant Jew in order to be kosher. And based on my understanding, it is also preferable that all food be prepared at least partially by a Jaw.

At certified kosher restaurants, they will ensure that a Jewish person at least assists in the preparation of all the food. Sometimes, this is done just by having them light the flame which will cook all the food.

I don’t know all the rules about which foods must be prepared by a Jew in order to be kosher. I know there is a rule around foods that are “fit for a king’s table,” and I think this has something to do with foods that are always cooked, never eat raw (like potatoes).

This article explains more detailed rules for which foods must be cooked or baked by a Jew according to Ashkenazi Jewry.

A dish can be rendered non-kosher by even a very small amount of non-kosher food. Therefore, kosher supervision or certification is required for processed foods and restaurants.

There is a rule of thumb that even 1/60th parts of a food can render it non-kosher. This is a strict standard to ensure that non-kosher ingredients do not enter into certified kosher foods.

A rabbi or kashrut supervising agency can certify a restaurant as kosher. Otherwise, even if they appear to be following kosher laws, it cannot really be trusted at the highest level.

So again, this applies to processed foods and restaurants. Vegans do have certification processes, too—but they tend to be less strict when it comes down to the minute details.

For food to be strictly kosher, it must be prepared with pots, utensils, and even countertops that are kosher.

So again, this comes down to the matter of kosher standards being more strict than vegan standards of certification.

Think about those food labels that say “May contain milk.” Most vegans are fine with that since it just means the food was made in a facility that also produces products containing milk. So a vegan will usually let that slide. But someone who wants strictly kosher food may not be okay with that.

Raw grapes are kosher. But wine and grape juice have a special status in Jewish ritual. And accordingly, there are extra kosher laws specifically about grape products.

Although the wine offered at a vegan restaurant is not likely to include any ingredients that are themselves non-kosher, still, this wine is not kosher unless the whole winemaking process is certified as kosher.

2 More Ways Vegan Food May Not Be Strictly Kosher

I’m not sure how many Jews actually worry about these next two kosher laws today, but they seemed to be worth mentioning to give a full answer of whether all vegan food is kosher.

Both of these following rules concern produce grown in Israel primarily.

1. Does Produce Need to Be Tithed?

When learning about the details of kosher laws, I came across some rules about tithing produce. This seems to have been a rule concerning Israeli-grown produce specifically, and from one source I read, it may be an outdated practice altogether.

The idea was that farmers in Israel were/are required to give a certain portion of their crop to priests, Levites, and the poor, or to be eaten in Jerusalem. Again, I don’t know exactly how this process is applied today by the more strict adherents of kashrut.

It is certainly not a practice that most vegans or vegan establishments are keeping in mind. But it may not be an issue, especially if the produce in question was grown outside of Israel.

Here is an article all about tithing in kosher law.

2. Complications with the Shmita Year

Every seven years, there is something known as the Shmita year or sabbatical year. In that year, it is not permitted to eat food grown by a Jew in Israel.

From what I understand, the idea is similar to the sabbath on a weekly scale. The Shmita year mandates an occasional break from Jews farming their land and selling the produce.

Over the years, however, there have developed loopholes to get around these restrictions.

Jewish Israeli farmers today are allowed to sell their land to non-Jews and have the non-Jews work the land during a Shmita year. This still allows the lands to be productive while observing the hard rules of the Shmita year.

The point is: If you’re eating vegan food but it was produced by a Jew in Israel during a Shmita year, that would not be kosher food.

Here is an article explaining more about the Shmita year and its role with kosher laws.

What About the Reverse Question: Are All Kosher Foods Vegan?

Not all kosher foods are vegan. Kosher food includes several types of milk, meat, and eggs. Meanwhile, vegans do not eat any animal products. So kosher food is not necessarily even close to being vegan.

Indeed, as long as the specific methods of slaughter are followed (the laws of schechita), various types of meat can count as kosher. So it’s easy to know that kosher food is not always vegan.

Are All Pareve Foods Vegan?