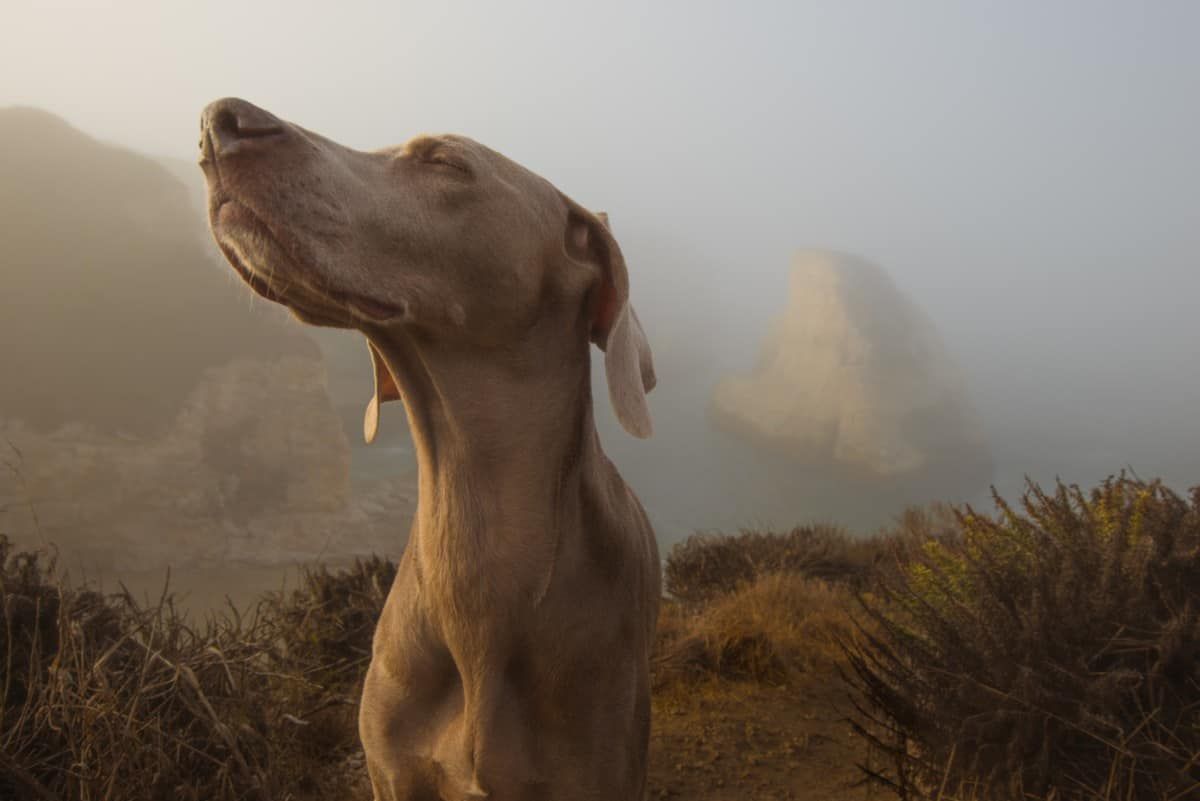 I was recently surprised to hear from multiple different people that their sense of smell improved after going vegan. Personally, I did not experience this, maybe because I have allergies that get in the way of my sense of smell in general. But I was curious to look into the issue a bit deeper!

In this article, I’ll lay out the evidence that I was able to find for vegans having a heightened sense of smell. I’ll also share the theories and evidence for why this might be happening.

Admittedly, a lot of the evidence I was able to find for vegans having a heightened sense of smell was purely anecdotal, found in online forums and from word of mouth.

Still, when taken collectively, I believe there is considerable evidence here. A lot of people reported this.

Below I will also share some better data from actual studies on meat “digust reactions” and on how vegan taste buds change, too.

What Kinds of Smells Do Vegans React Stronger To?

Although some vegans report having a heightened sense of smell in general, there are a few specific odors that larger numbers of vegans report becoming more sensitive to.

Unsurprisingly, some of the smells that vegans seem to react more strongly to are meat and dairy products.

Although these are not the only smells people mention, let’s look at one of the more striking anecdotes I found (the bold for emphasis is mine):

“I’ve been vegetarian for 16 days now and everything seems to be going well. However, I was making my brothers dinner yesterday and something odd happened.

I was in the midst of making him fettucini alfredo when I got a bag of frozen shrimp out to thaw. I opened the bag and was overwhelmed by such a strong, fishy aroma. The smell was so pungent that I got another bag out thinking that the first one was spoiled. So, I open up the new bag and it smells just as strong. I asked my brother to smell the shrimp and he said he smelled nothing at all” (source).

This story, like many others, takes place about two weeks after the subject went vegetarian or vegan. Many of the stories I read were on a similar timeline—just a few weeks or a few months after making the switch.

Here is another, similar anecdote found on the same forum:

“…when I make ground beef for my husband it has this weird ‘sour’ smell to me that I never smelled before” (source).

And here is one more account, specifically mentioning that it was about two weeks after going vegan:

“I’ve been vegan for about 2 weeks, I was in a 7-11 today and smelled the most horrible smell… I realized it was all the meat products […] It was the nastiest thing I have ever smelled and I definetly didn’t notice it last time I was in there” (source).

Several people also wrote about how cheese now smells absolutely horrible to them, or that dairy products now have more of an odor to them than they used to.

Although I didn’t find any real research on the heightened sense of smell in vegans, this study did look at “disgust reactions” to meat in vegetarians. It found that ethical vegetarians did have a heightened feeling of revulsion to meat. I wonder how much of that was psychological versus physiological.

The other kinds of smells that I saw quite a few vegans reporting a heightened sensitivity for were synthetic cleaning products like bleach and scented sprays.

Several people said that “chemicals” and “synthetic materials” have much stronger odors to them now than they used to.

Do Vegans Have an Altered Sense of Taste, Too?

It is actually well established by research that our taste buds do change in response to our diets.

Two of the simple ways you can experience this phenomenon yourself is if you start eating a diet that is low in sugar or low in salt. After just a couple of weeks, foods containing refined sugar will taste way too sweet, while foods high in sodium (like canned soup) will taste way too salty.

There is also research that’s been done on how your taste buds adapt in response to the amount of fat in your diet, changing how much of it you crave going forward. This may be part of why diets are hardest at the beginning—your taste buds haven’t adjusted yet.

So there is definitely a good basis for the idea that your sense of taste may change in response to a vegan diet. And the anecdotal reports I found do support this.

Several people said that, after going vegan for a while, they no longer felt they needed salad dressings or other added flavoring to their vegetables. They grew to just like the taste of plain vegetables. They could better appreciate the subtle flavors.

Does Meat Taste Different After You’ve Been Vegetarian for a While?

One of the most striking stories I found about changes in your sense of taste after going vegan was from someone who accidentally ate some bacon after being vegetarian for a while:

“A couple months ago I accidently ate pizza with bacon, and it was a whole new flavor. Very meaty, maybe bitter/sour, definitly not a taste I remember” (source).

This is not particularly strong evidence, but really fascinating to wonder: If I went back to eating meat, would it even taste the same as I remember it now?

Many people have an allergy or intolerance to dairy products. Considering this, it is possible that some people experience a heightened sense of smell after going vegan because the diet change cuts out allergens of theirs.

Many people experience a sort of mucus or phlegm feeling in their throat after consuming dairy products. I could imagine that clearing up such a thing might allow for a better sense of smell— although I have no real evidence for this.

Another explanation for these changes in smell and taste is that a vegan diet, and particularly a whole food plant-based diet, is focused on more subtle, natural flavors.

Many of the processed foods that our society eats today are loaded with sugar, salt, and oil. They are calorically dense, rich, and hyper-appealing to our brains that developed in more resource-scarce environments.

By removing these processed sweets, junk foods, and concentrated sources of calories like animal products from our diets, we might be allowing our bodies to just become accustomed to the more natural, subtle range of tastes again. We are re-sensitizing ourselves to nature’s own range of flavors.

If you’re trying to adopt a healthy plant-based diet, you should sign up for Nutriciously’s free e-mail course. You get 6 emails over the course of 10 days, and you get up-to-speed fast.

You’ll learn why to go vegan and how to do it, with a meal plan, shopping list, tips for traveling, and more. I love Nutriciously’s guides—get this free e-mail course at the least!

After digging a while into different explanations for changes in taste buds, I came across the explanation that zinc deficiency can cause “dysgeusia” (a distorted sense of taste).

It is true that vegans often do have a lower dietary intake of zinc. Therefore, changes in vegan taste buds could potentially be due to a zinc deficiency.

But I wasn’t very convinced that this is the explanation for all the stories and examples given above. Most of the anecdotal reports I read were about having a heightened sensitivity to smells and tastes—not a distorted sense of smell or taste.

Still, I wanted to mention this. Particularly if you have other health issues that have arisen since going vegan, you may want to look into the potential that you could not be getting enough zinc.

The Vegan Sense of Smell…

Overall, I got the sense that there is significant evidence out there that many vegans do experience a heightened sensitivity in smell and taste.

I am not sure what is the exact cause of this change or what the exact parameters of the change usually are, but I have tried to outline the patterns I noticed here.