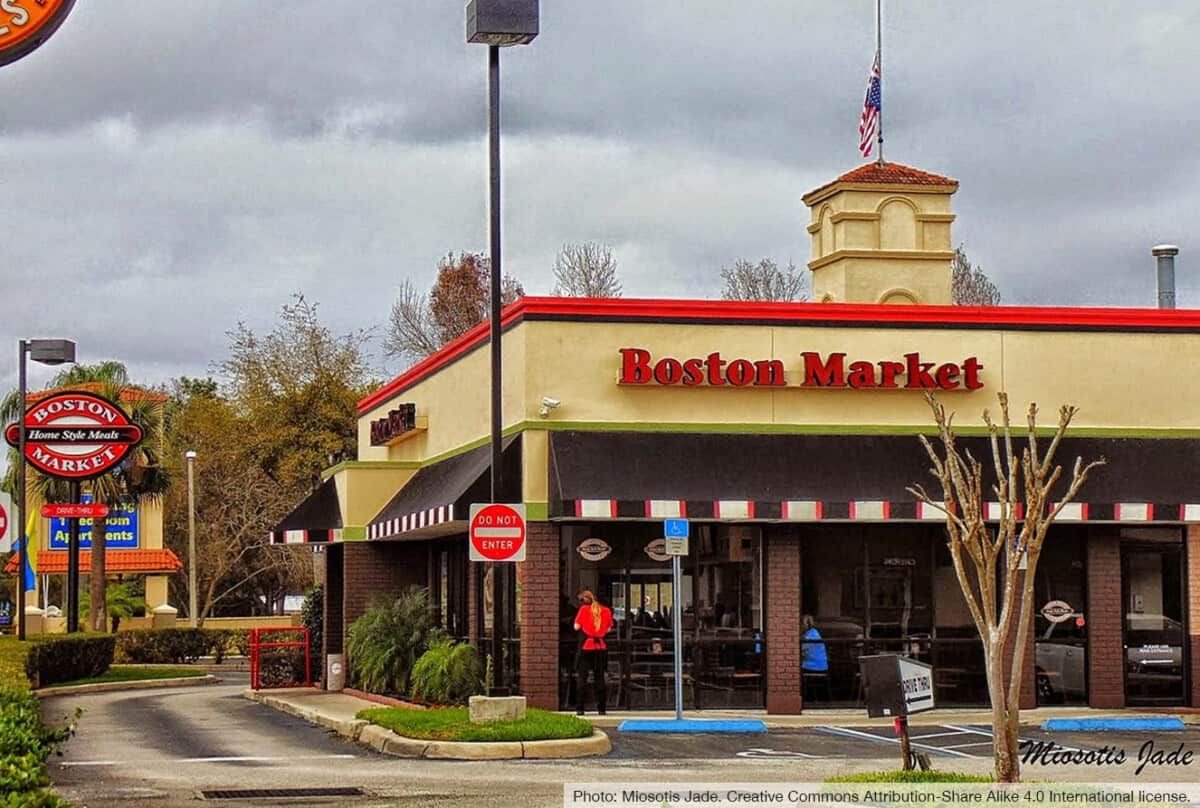 Boston Market is pretty far from being a “vegan-friendly restaurant.” That said, you can still find some vegan options there. In fact, there’s even a vegan dessert! No kidding!

More details on all these below. I’ll also answer some common questions about Boston Market mashed potatoes, gravy, and cornbread!

I’ll end with a whole-food-plant-based guide to Boston Market for those of you avoiding fried and processed food, too!

To make this vegan menu, I consulted Boston Market’s official allergen menu on their website. Their website also includes full ingredients list, so I was able to get solid confirmation on these items.

That said, it never hurts to check with the staff at your local Boston Market, in case they do things differently.

Broccoli, carrots, and zucchini—prepared with an olive oil blend. This is supposed to be dairy-free, but I would double-check. Make sure they aren’t adding butter or anything.

As far as other vegetable dishes at Boston Market: The Sweet Corn does not come vegan—it contains milk. But it may be possible to order it vegan. The broccoli on the hand…

The steamed broccoli is vegan. Broccoli tends to be a bit safer than other vegetable sides at restaurants because it’s steamed.

You should still specify that you want it without dairy, just to make sure. Places like Boston Market tend to just go overboard with butter on everything.

I’m not kidding—the apple pie is vegan! This is actually not that surprising. Apple pie is often vegan if there’s not lard in the crust. Here’s the ingredients for Boston Market’s Apple Pie if you don’t believe me:

None of the other pies at Boston Market appear to be vegan, however.

This is another option at some locations—similar to the Apple Pie, but without the crust? I’ve never gotten it myself, but that’s what it looks like.

5. Salad (No Cheese, Croutons, or Dressing)

This won’t be the best salad you’ve ever had. But it’s an option. Get the house side salad—as k for no cheese, croutons, or ranch dressing. It contains romaine lettuce, tomatoes, carrots, and red onion.

The allergen menu on the Boston Market website doesn’t list any vegan salad dressings—it only has ranch and caesar dressings. That said, you could scope it out in person, see if there are options at your location.

Some Boston Markets will have a little side of crackers, and they look to be vegan based on the allergen guide. Not great to fill up on or anything, but it could help round out your meal.

These are the vegan sauces you can expect to see, in case you want to add them to your broccoli or salad or anything:

I couldn’t find a full list of drinks at Boston Market to include here, but most soda, lemonade, root beer, tea, and juice is vegan.

The following items might look vegan at first, but they’re actually not vegan:

Boston Market mashed potatoes are not vegan. They contain whole milk and butter.

Boston Market Cornbread is not vegan. It contains both eggs and milk.

With each of my vegan guides to chain restaurants, I like to include a list of whole-food plant-based (WFPB) options. If you’re vegan for health and trying to avoid fried and processed food in addition to animal foods, this will hopefully help.

You may also be able to get the sweet corn. Ask if you can get it without any butter or oil.