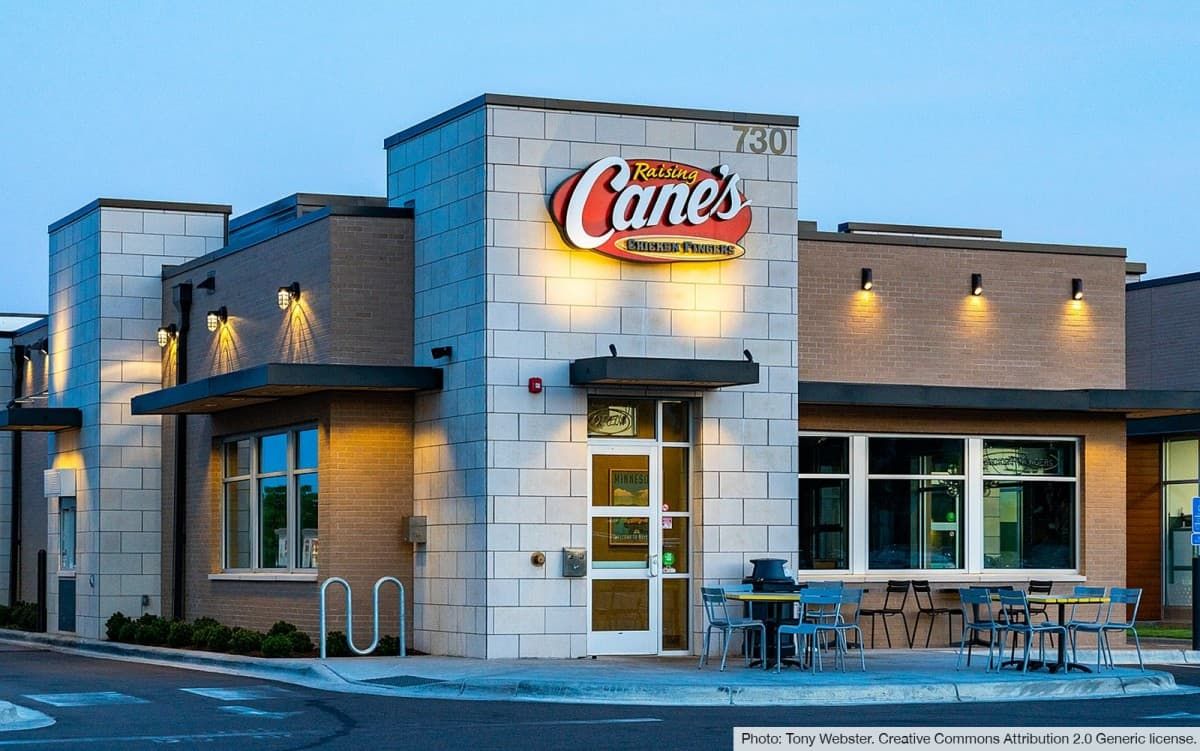 Raising Cane’s is a restaurant named after a dog… but that’s about as far as their animal-friendliness goes. Unfortunately, they barely have any options free of animal products for us vegans. I did some research to confirm the full vegan menu, and here it is.

And unfortunately, that’s it. But keep reading and below I’ll answer a few questions about the cooking oil at Raising Cane’s, the Cane’s Sauce, and the Texas Toast. I’ll also share tips for how to make home-made vegan Cane’s Sauce!

This vegan menu was compiled with the help of the allergen menu on the Raising Cane’s Chicken Fingers website. Since the menu is pretty short and simple, I feel confident in the options laid out below.

However, restaurant menus change and often vary by location. I recommend double checking any important information with staff at your local Raising Cane’s.

The Allergen Menu for Raising Cane’s is a little confusing when it comes to the fries. But after digging into the issue a bit, I feel pretty confident saying that the Crinkle-Cut Fries are vegan. Just don’t use the Cane’s Sauce as a dip.

As is clearly stated by Raising Cane’s, they cook their fries in vegetable oil—not lard or animal fat. Here’s the quote from the footer of their allergen menu:

“Raising Cane’s cooks all of our fried foods in an all-vegetable, trans fat free blend of soybean and canola oil.” (source)

The only reason the allergen menu is confusing is that they mark possible cross-contamination of egg and dairy products from the shared fryers.

But this is not a concern for most vegans. We know that French fries are typically fried in the same oil as chicken or other animal products, and most of us are okay with that. If you’re personally not okay with it, you may want to ask staff about the exact kitchen set-up.

Pretty much all the drinks are vegan (except for the milk, obviously!):

So, it is possible to make your own vegan Cane’s Sauce at home… you just need vegan mayo and vegan Worcestershire sauce. Here’s a recipe you can try. But yeah—the normal stuff in the restaurant is not vegan.

Raising Cane’s Texas Toast is not vegan, as it contains dairy. Depending on the location, you may be able to request a dairy-free version be made—this can often be done with sides like breadsticks.

However, I haven’t tried special-ordering Cane’s Texas Toast myself, and honestly, I’m not sure the result would be that tasty. Proceed at your own peril!

What if you’re not just vegan but also trying to avoid all processed foods? Can you get a whole-food plant-based (WFPB) meal at Cane’s?

I would say the simple answer to that question is no. The fries are the only vegan food, and they are fried in vegetable oil, so that’s not WFPB! And the coleslaw is not WFPB (or vegan) since it contains egg.

I suppose there is one “whole food” option: The apple juice pouch. It’s likely 100% juice, no added sugar. That said, I still wouldn’t consider that a very healthy beverage, since fruit juices can be a bit of a sugar overload if you drink more than a few ounces at a time.

So, go elsewhere if you’re looking for whole foods!