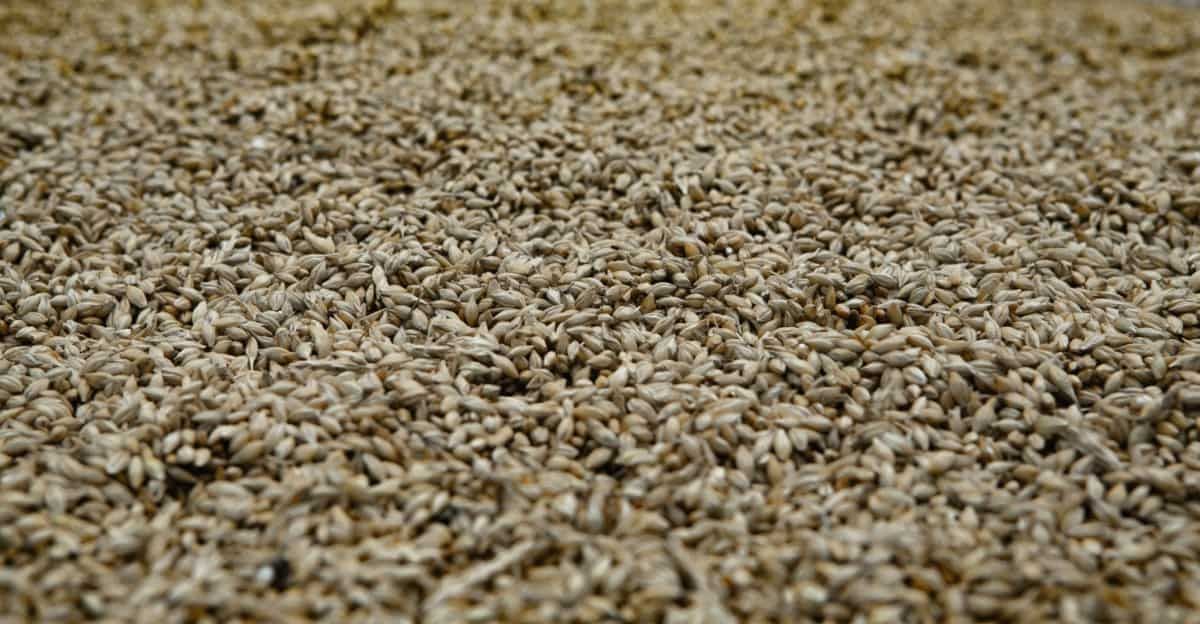 I’ve been vegan for over twelve years, and until recently, I honestly never really knew what “malt” was. I heard it was vegan, and that was enough for me! But I recently dug deeper into this subject, so now I can explain it to you guys!

Is malt vegan? “Malt” just refers to malted barley or other malted grains, so malt is vegan. Most malt products are vegan, too, including malt vinegar, malt liquor, malt extract, malt flour, and malt loaf. However, malted milk and malted milkshakes contain cow’s milk, which is not vegan.

Below, I’ll cover how malt is made, and I’ll cover all the different malt products and uses, including which are vegan-friendly and why!

What Is Malt Made Out Of?

“Malt” is short for malted barley or other malted cereal grains. The grain is partially germinated in water, and then it is dried with hot air to stop the germination.

The malting process creates a sweeter product than what you get with the original barley. From what I understand, this is due to some enzymes that are produced in the process which help break down the starch into sugar.

Malted barley can be used to create many other products: Malt syrup, malt liquor, malt vinegar, malted milk, malt loaf, malt flour, and more. I’ll cover a bunch of these and whether they’re vegan below. But malted barley itself is definitely vegan and dairy-free. There are no animal products involved.

There are a bunch of different malt-related products. It can be confusing to get them all straight! Here’s what I found when researching them all and whether they’re vegan.

Malt vinegar is generally considered vegan. It is made from malted barley, which is just a germinated grain—and there don’t seem to be any animal products involved at any point in the production process.

Malt liquor is usually vegan. As with other types of beer and alcohol, it is possible to use isinglass or other non-vegan fining agents for malt liquor production. However, the leading brands of malt liquor are confirmed vegan.

Malt extract is vegan. It is made from malted barley that is mashed into a liquid form called “wort” and then condensed. There are no animal products involved at any point. Malt extract is typically used in brewing, and it is vegan-friendly and dairy-free.

Malt extract is also sometimes referred to as “malt syrup” or “malt flavor.” As far as I can tell, they are all the same thing, although there may be small differences, like some being in a liquid vs dry form.

Malt flour is vegan. “Malt flour” is short for “malted barley flour,” and it is simply flour made from partially germinated barley. There are no dairy or animal products involved in the production process.

Malt flour has a bit darker color than other flours, and when mixed into wheat flour, it creates a moister and darker end product. Malt flour is also used to supplement the flavor of malt loaf (below).

Malt loaf is sometimes vegan, but not always. Some malt loaf recipes include eggs or honey, which are animal products. Other malt loaf recipes, however, are naturally vegan. The malt ingredient itself is vegan.

Another thing to consider with malt loaf is that it’s often eaten with butter. Therefore, to eat it vegan in a similar way, you’ll need some vegan butter—something like Earth Balance vegan spread.

Here’s a sticky malt loaf recipe from The Spruce Eats that just happens to be vegan!

Is Malt in Pretzels Vegan?

So just be sure to check what is meant by “malt powder,” and then you’ll have your answer. (Side note: Malted milk powder is the main ingredient in Ovaltine, in case you’re familiar with that!)

Malted milk is not typically vegan. It contains evaporated whole milk from cows. Therefore it contains an animal product and isn’t vegan.

A “malt” (or “malted”) is another name for a malted milkshake. These drinks typically contain cow’s milk, so they are not vegan. However, the malt flavor itself is vegan—it’s just made from sprouted barley—so you can make vegan malted milkshakes, too.

Check out this vegan chocolate malted milkshake recipe for a starting place on how to make your own vegan malts!

As far as I can tell, “malt flavor” usually refers to malt extract. Malt extract, covered above, is vegan and dairy-free—it’s just a product of malted barley flour.

As far as I can tell, “malt syrup” usually refers to malt extract. Malt extract, covered above, is vegan and dairy-free—it’s just a product of malted barley flour.

Most “malt” stuff is vegan and dairy-free. The only ones you really need to avoid are malted milk, malted milk powder, or malted milkshakes. Malt loaf often contains eggs, too. But most malt vinegar, malt liquor, malt extract, malt syrup, malt flour, and just “malt” by itself are all vegan.