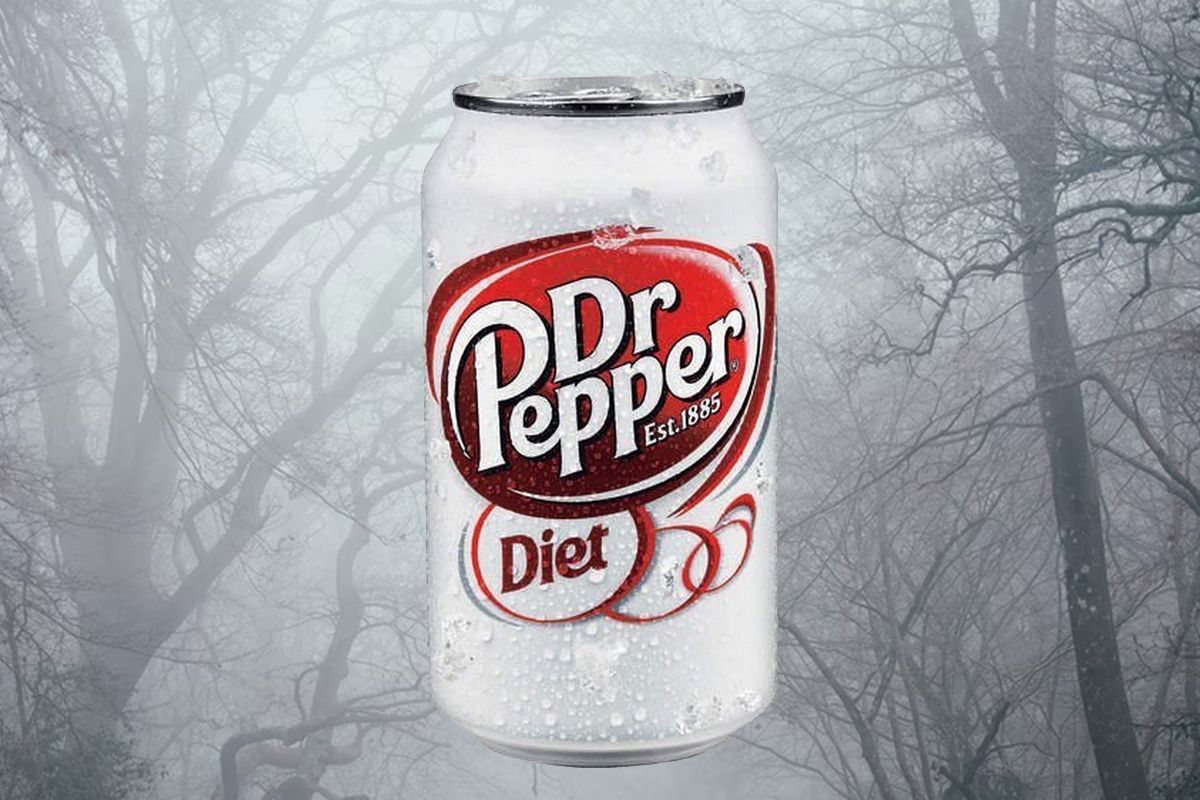 You’ve probably heard at least once that “diet sodas are even worse than regular.” But sometimes, those kinds of headlines can be sensational and over-generalized. Today, let’s look specifically at one diet soda, Diet Dr Pepper, and try to determine: Is it healthy?

Diet Dr Pepper contains the artificial sweetener aspartame, which studies have linked to increased risk of cancer, heart disease, obesity, and other issues. It also has caramel color and sodium benzoate, which have both been linked to potential carcinogens, and phosphoric acid, which may contribute to osteoporosis and tooth decay.

Below, I’ll dig into all these ingredients in Diet Dr Pepper and the research on whether they’re healthy. I’ll discuss whether Diet Dr Pepper is a good choice for weight loss, whether it raises blood-sugar levels, and more!

Is Diet Dr Pepper Good for You?

Here are the eight specific questions I’ll be answering about Diet Dr Pepper nutrition. Click any of them to skip ahead to that section—or just keep scrolling to read them all:

1. What Is Diet Dr Pepper Made Of?

Let’s start by looking at what Diet Dr Pepper actually contains. There are a few different versions, including Diet Cherry Vanilla and Diet Caffeine Free. But most of the ingredients are the same.

So let’s look at the standard Diet Dr Pepper, as of November 2021:

Here are my takeaway points on Diet Dr Pepper’s ingredients:

As you can see, there are plenty of potential negatives to Diet Dr Pepper from a nutrition standpoint. That said, the biggest concern for most people will likely be the sweetener, aspartame. So let’s look closely at that ingredient next.

2. What Is the Sweetener in Diet Dr Pepper?

Diet Dr Pepper is sweetened with the artificial sweetener aspartame. Aspartame is the most widely used artificial sweetener in the world, and one of the most controversial for its possible health effects. These include possible links to cancer, heart disease, obesity, stroke, Alzheimer’s, depression, and more.

It would be difficult to cover everything about aspartame’s possible health risks here. If you want to go deep on this subject, start with this page from U.S. Right to Know. That said, I’ll try to summarize here.

Although aspartame is still legal and FDA approved, for me personally, I’m shocked at the amount of allegations against this chemical.

For me, the “risk vs reward” of consuming aspartame is not good. If the research is correct, then you’re risking cancer, heart disease, migraines, kidney decline, depression, and more… Just to drink an artificial sweetener?

Simply put, I think it’s worth avoiding aspartame—even if it’s not completely proven to be harmful. Find a healthier zero-calorie sweetener like erythritol or monk fruit extract. Or just gradually adjust your taste buds to not crave as much sweetness.

Specifically, aspartame and other artificial non-caloric sweeteners seem to alter your gut bacteria. This can affect your tolerance to carbs on an ongoing basis.

I also found some discussions of artificial sweeteners causing insulin issues through another mechanism. That is, the sweet taste of aspartame may trigger an insulin response even without real sugar in your bloodstream.

So, proceed with caution. If blood-sugar control is crucial for you, I’d recommend testing whether Diet Dr Pepper has any affect for you. I’d also recommend maybe just not having it often, as that may lead to more eventual issues (via changes in gut bacteria).

4. Does Diet Dr Pepper Have Caffeine?

Diet Dr Pepper and Diet Cherry Vanilla Dr Pepper contain caffeine. However, if you want a caffeine free version, just look for Caffeine Free Diet Dr Pepper. It has the same taste without the stimulating caffeine to keep you awake.

Of course, if you drink Diet Dr Pepper all day, you could end up consuming at least several hundred milligrams of sodium from it. So be mindful if you’re trying to keep your sodium levels in check.

Here is a table showing the sodium content of several diet Dr Pepper drinks. As you can see, they’re all the same in this regard:

For comparison, 100mg is about the same amount of sodium as in a handful of Planters Cocktail Peanuts.

6. Is the Sodium Benzoate in Diet Dr Pepper Harmful?

Sodium benzoate is only present in small amounts in any food. It’s limited by the FDA to make up only 0.1% of the weight of the foods it’s added to. Still, there are some health concerns.

(Side note: Diet Dr Pepper does not have ascorbic acid as an ingredient. So theoretically, there should not be any benzene in Diet Dr Pepper.)

There was a study in 2005-07 showing that 10 out of 200 soft drinks tested contained more than the allowable levels of benzene (5 parts per billion). Since then, those products have been reformulated to comply with allowable levels. But the study also showed ~60% of soft drinks had some measurable level of benzene.

The FDA has stated that the levels of benzene in soft drinks are not a risk. (source)

There have been some other concerning studies on the impacts of sodium benzoate in animals. It may raise levels of inflammation, oxidative stress, or even risk for ADHD (source). Some people also have allergic reactions to it.

The Environmental Working Group has assigned sodium benzoate a risk score of “1 to 3” on a scale of 1 to 10 (with 10 being the worst). So the overall risk is low.

Personally, after reading into all of this, I’m not that worried about the safety of sodium benzoate. But I’d still rather not consume it daily.

One of the reasons people choose zero-calorie drinks like Diet Dr Pepper is to avoid extra calories. But the evidence shows that consuming artificial sweeteners is surprisingly ineffective for weight loss. And they may even lead to weight gain.

You’d expect that switching from sugar to zero-calorie sweeteners would cause significant weight-loss… After all, you’re cutting all those calories that you used to drink from sugar, right? But in most studies, they cause little to no weight loss.

Here’s one explanation: Artificial sweeteners keep you accustomed to sweet drinks and food. So you still get cravings for sweets, and you end up eating more calories from something else.

Other explanations have to do with your microbiome—that is, your gut bacteria. In any case, Diet Dr Pepper (and other drinks with aspartame) may not be the best for weight loss.

But remember: The key to weight loss is your overall diet and calorie balance. One food doesn’t make or break your diet. So if your goal is weight loss, consider tracking your calories, or follow some of these 18 tips for weight loss without counting calories.

Whether you drink Diet Dr Pepper will not make or break your weight-loss journey by itself. But it may be a negative, based on the research connecting aspartame with weight gain.

8. Is It Bad to Drink Diet Dr Pepper Everyday?

The research into aspartame and depression was what initially convinced me to avoid the ingredient. But there are many possible issues, detailed above.

I would personally only have Diet Dr Pepper as an occasional treat.

Diet Dr Pepper is generally considered vegan. It is possible for the caramel color or natural flavors to be sourced from animal-derived ingredients, but it is not likely.

It’s also possible that someone would say Diet Dr Pepper isn’t vegan is due to animal testing. That’s because the artificial sweetener used in Diet Dr Pepper (aspartame) has been tested on animals extensively.

That said, boycotting drinks like Diet Dr Pepper today can’t undo the animal testing that was already done. So most vegans are okay with consuming these artificial sweeteners.