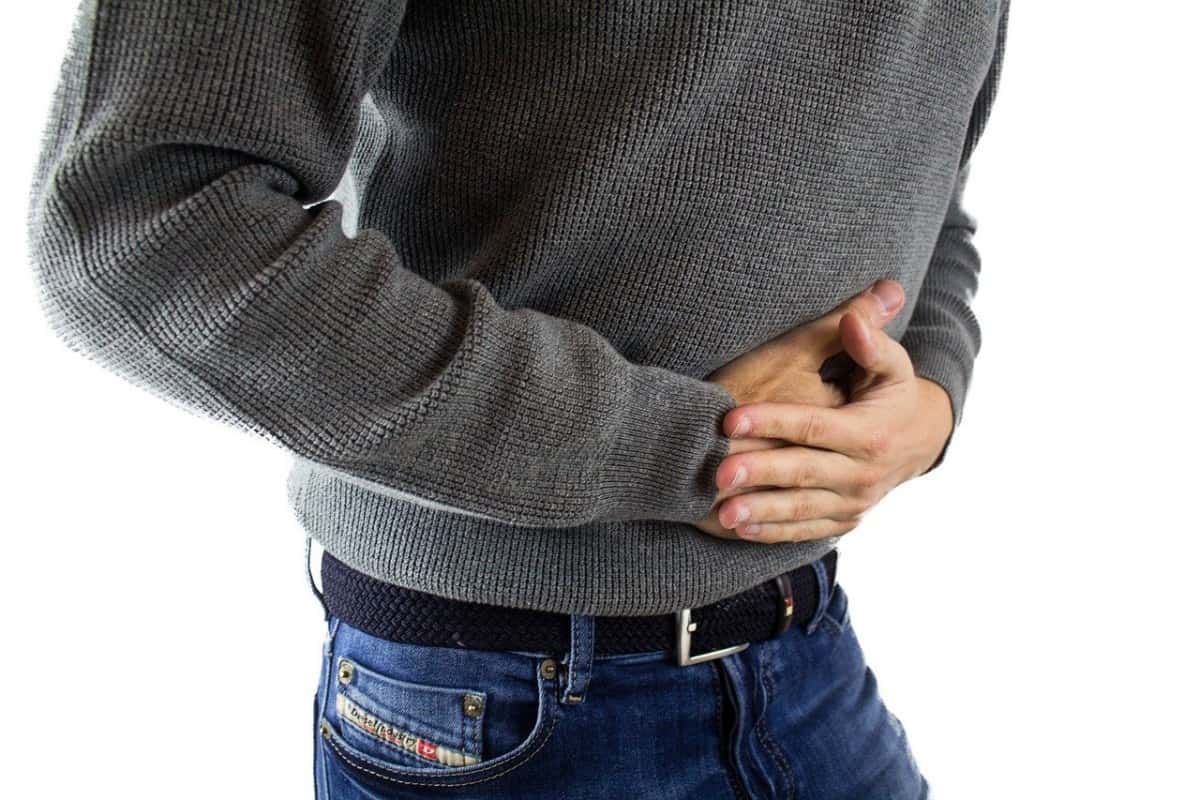 It’s commonly believed that vegans lose the ability to ever eat meat, dairy, and eggs again. You may have heard horror stories of cheeseburgers giving ex-vegans diarrhea or making them puke… But is it true?

Vegans do not permanently lose the ability to digest meat, dairy, or eggs. However, temporary digestive issues may occur when reintroducing these foods due to your gut bacteria and digestive enzymes having adjusted away from them. Therefore, it may be best for ex-vegans to reintroduce animal foods slowly.

Below, let’s explore the kinds of reactions that are common for vegans reintroducing meat, dairy, and eggs. Is it possible to become lactose intolerant from not drinking milk? And are there any enzyme supplements you can take to ease the transition?

Do Vegans Throw Up or Get Diarrhea From Animal Products?

It’s a common belief that vegans lose the ability to eat animal products after a while. But is it true? Well… not really.

Whether you intentionally reintroduce animal products or accidentally eat them, your body will still process them. There’s a chance they could disturb your stomach or gut—but this is mainly because meat and dairy are inherently hard to digest.

Dairy causes excessive gas for many people, and it takes the body longer to process meat than other food due to its toughness. But still, these are unlikely to cause vomiting or diarrhea.

This blog post focuses on the long-term capacity of vegans to re-introduce animal foods. If you’re interested in accidental slip-ups, another post that may interest you is this one: “I Messed Up Being Vegan!” How to Deal With Slip-Up Guilt.

Gut Bacteria, Enzymes, and Your Ability to Digest Animal Protein

Two key factors in digestion of animal protein are your digestive enzymes and your gut bacteria.

The digestive enzymes, secreted by cells in your GI tract, may adapt to the specific diet you eat over time. In addition, certain types of gut bacteria accumulate more than others as a result of the food you eat.

If you’ve been vegan a while, the level of bacteria and enzymes in your gut devoted to digesting animal protein may have decreased. This imbalance can increase the time needed to process meat or dairy, possibly causing an upset stomach.

However, these factors should naturally adjust back to normal digestion of animal products as you reintroduce them.

Considering this, it may be best to only gradually phase in meat or dairy. That is… don’t eat a 40-ounce steak or entire rotisserie chicken to break your streak of veganism!

You can also take enzyme supplements as you reintroduce meat, if you prefer. In particular, adding the enzyme Betaine HCL during a meal may help with digestion of animal products. (source)

Here is a very highly-rated Betaine HCL supplement on Amazon. When in doubt, ask your physician if you might benefit from taking enzyme supplements.

Do Vegans Lose The Ability To Digest Meat?

Vegans do not permanently lose the ability to digest meat. If vegans struggle with reintroducing meat, it should only be a temporary issue. Once your enzymes and gut bacteria re-adjust, there should be no problem.

In fact, the ability to digest meat may even fully recover within a day or two of eating it. It’s just those first meals that could potentially cause some G.I. issues or nausea.

A Side Note on the Vegan Gut Microbiome

It may sound like a negative thing that someone with a vegan gut microbiome may struggle to digest meat or dairy at first… But in terms of overall health, it’s not bad at all. It’s very good!

In general, vegans are considered to have better gut health, and plant foods tend to support the flourishing of healthy gut bacteria. (source)

Having your gut microbiome adapted to a vegan diet may help prevent atherosclerosis, kidney disease, and heart failure. This is because vegan gut bacteria don’t produce TMAO (Trimethylamine N-oxide) from the choline in your diet. (source)

This phenomenon is explained in an article from The Cleveland Clinic, “The Surprising Link Between the Gut and Heart Health.” It explains how TMAO causes all kinds of health problems, and how it’s made by meat-eating gut bacteria consuming choline and L-carnitine.

But after eating vegan for a while, those meat-eating gut bacteria die off… And other healthy gut bacteria replace them.

Research has shown that even if you feed a steak to a vegan, their body does not produce that harmful TMAO. But in a meat-eater’s body, eating steak would cause an increase in TMAO.

I found that to be pretty incredible, and just another example of how a vegan diet protects our bodies. Dr. Michael Greger explains more, including the steak study I mentioned, in this video.

But the takeaway for this post is that, hey, it’s not generally bad to have a vegan-adapted gut!

Can You Become Lactose Intolerant From Not Drinking Milk?

Milk contains a specific kind of sugar called lactose. And most people (about 70% globally) struggle to digest lactose after early childhood. (source)

Most cases of lactose intolerance are due to having insufficient lactase, the enzyme that helps you digest lactose.

Low lactase levels lead to lactose accumulating in the gut. This causes all sorts of problems we associate with lactose intolerance—such as gas, nausea, diarrhea, and bloating.

Many people wonder if you can become lactose intolerant after ditching dairy for a while. Well, reintroducing lactose may cause short-term problems… but interestingly, it’s not due to an issue with lactase, or anything permanent.

Studies have shown that whether or not you drink milk does not impact the amount of lactase you can produce. Or, put another way:

“[W]ithdrawing lactose from the diet does not reduce intestinal lactase expression.” (source)

And yet, re-introducing dairy can cause temporary digestive difficulties. So what’s the issue?

First, remember that digestion is a tag-team job. Above, I mentioned digestive enzymes, but don’t forget about that other major player—gut bacteria.

According to experts, many more people are lactase-deficient than who realize it. But because your gut bacteria can help digest the lactose in your gut, you don’t experience real bad lactose intolerance symptoms while you’re eating a normal, lactose-containing diet.

One study put it this way:

“[I]n lactase-deficient individuals, lactose feeding supports the growth of lactose-digesting bacteria in the colon, which enhances colonic lactose processing and possibly results in the reduction of intolerance symptoms.” (source)

So in the case of going vegan, quitting dairy leads your lactose-digesting bacteria to gradually die off… so when you start dairy again, you don’t immediately have the lactase enzyme or the bacteria needed to digest it.

So you end up with undigested lactose in your gut and lactose intolerance symptoms.

I hope that explanation makes sense. You might need to read it back twice.

The point is this: If you were able to eat dairy products before being vegan, you will probably be able to do so again. But your gut bacteria may take a few days or weeks to adjust to digesting it as well as it used to.

So again, it’d be best to only gradually reintroduce lactose.

Another factor to consider is that your lactase levels generally decline with age. So if you were vegan for years, and then you can’t digest dairy after, even after a period of letting your gut bacteria adjust to it… well, your lactase levels may have just dropped with age.

So don’t assume being vegan was the cause of your lactose intolerance. Upwards of 65% of the world’s population is at least somewhat lactose intolerant after infancy. So quite possibly, you had it coming anyway.

Each person reacts to certain foods in a nuanced way… But most vegans are unlikely to vomit or get diarrhea after eating eggs. At most, eating eggs is likely to cause gas.

Eggs cause gas in just about everyone, though, including those who never went vegan.

Eggs contain the amino acids cysteine and methionine, both of which contain sulfur. Sulfur doesn’t smell good, and sulfur-containing foods often lead to worse-smelling gas. (This is also the case for cruciferous vegetables like broccoli and cauliflower.)

There’s a chance that this flatulence could build up to the point that it disrupts the stomach… But typically the worst case scenario is temporary bloating, gas, constipation, or diarrhea.

Overall, eggs, dairy and meat are unlikely to make you seriously sick, even if you’ve been vegan for decades. (As long as they’re void of salmonella, E. Coli and other contaminants.)

The long-term health impact of eating animal products are generally not optimal compared to a whole-foods plant-based diet—and you may have temporary issues as your gut bacteria re-adjust—but overall, I wouldn’t expect big problems.