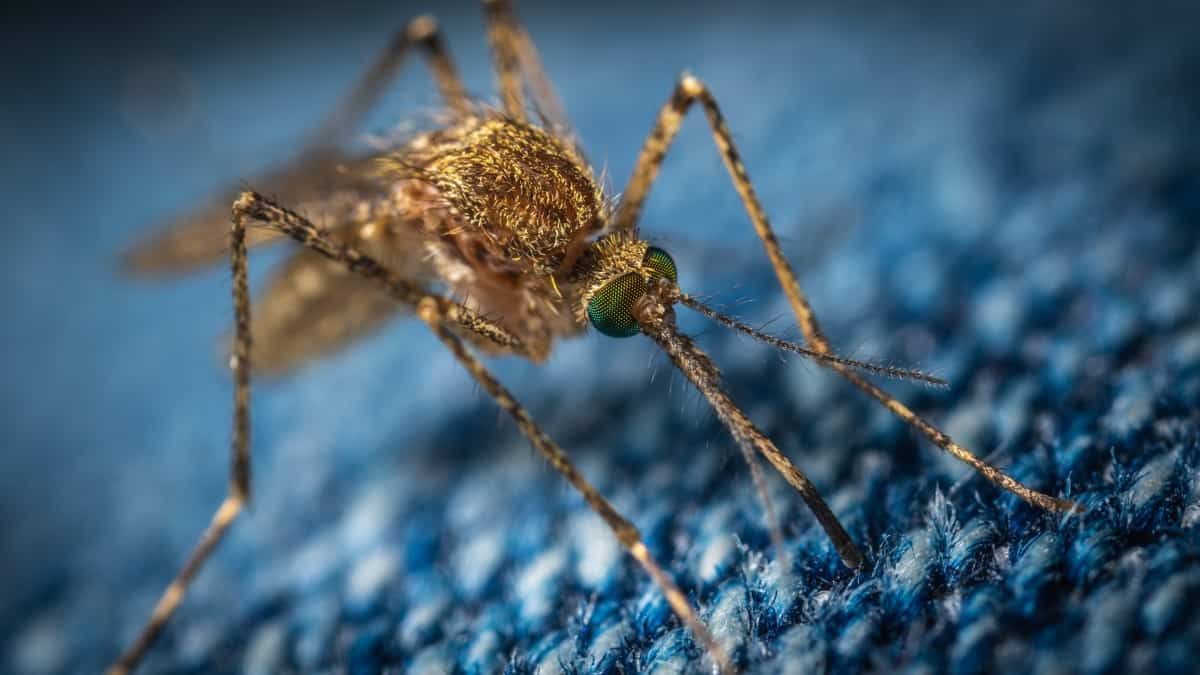 A vegan diet comes with many potential benefits, but only recently did I hear the theory that vegans actually get fewer mosquito bites. It piqued my interest, and I decided to research it to see if there’s anything behind it.

Vegans may get fewer mosquito bites, but this has not been proven by quality research. Many vegans have made anecdotal claims that they get bitten less, but other vegans report no change. It’s possible that another factor like garlic consumption or body-mass index is actually responsible.

Below, I’ll share more of the fascinating science on why some people are actually 4 times more attractive to mosquitoes than others! And what you can do to get fewer bites!

Can Your Diet Attract or Repel Mosquitoes?

Since there has not been great, quality research done directly on vegans and mosquito bites, let’s first look more broadly at diet and mosquito attraction.

There are a lot more theories than proven facts in this area.

But it has been shown that some people are up to 4 times more attractive to mosquitoes than others, based on their body odor. (source)

Below are some of the food-related theories that exist out there.

One of the best proven claims is that beer-drinkers receive more mosquito bites (source). A lot of the other theories have yet to be supported by quality studies.

There are other relevant factors that may affect vegan mosquito bite rates… even beyond those lists of specific foods.

The main one is this: Larger people are commonly believed to get more mosquito bites, due to emitting more carbon dioxide in their breath. (Carbon dioxide is part of how mosquitoes “find us” in the first place.)

And vegans tend to have a lower body-mass index. (source)

Andrew Perlot has written about his experience from one summer to the next, losing 30 pounds and then seeing a big drop in how many mosquito bites he received the next year.

So if you’ve lost significant weight on your vegan diet, then that may be the real reason for getting fewer bites, rather than the vegan diet specifically. Or it maybe a contributing factor, anyway.

Perlot’s article also cites reasons why lower cholesterol levels may make vegan blood less appealing to mosquitoes and ticks. And he explores whether lower body temperature from a healthy diet may even play a role.

Yet another theory to keep in mind is that pregnant women supposedly get less mosquito bites. I’m not sure what explains that… But it could be another factor in the mix.

Evidence That Vegans Get Bit Less By Mosquitoes

There have been quite a few anecdotal claims that vegans get fewer mosquito bites. Not much as far as controlled trials.

There are several threads on Reddit, Quora, and Yahoo Answers asking whether it’s true that vegans get bit less… And most of them include comments from at least one vegan saying it’s true.

I initially saw someone Tweet about their experience with getting less bites on a vegan diet.

One commenter on this New York Times article mentioned, “when I stick to a vegan diet, mosquitoes shun me. When I include some kosher dairy, I get more bites.”

And the mosquito bite expert cited in the Daily Beast also said she’s heard people claim a connection between a vegan diet and mosquito bites.

So, it seems like there could be something behind it, for how many separate people have observed it. But it still may just be a matter of correlation or based on a confounding factor like garlic intake or body mass.

One More Factor to Consider…

Something to recognize when it comes to mosquito attracting powers is that it’s all relative. You may get bitten more or less depending on who you’re hanging out with.

This explains the common phenomenon where people report that they may get bites if they’re in the woods alone… but then, if you’re out with someone else who is more attractive to mosquitoes, then that person gets all the bites instead.

So, whether or not a vegan diet helps you avoid mosquito bites, here’s a more proven tactic: Surround yourself with people drinking beer! They will be more likely to get the bites than you!