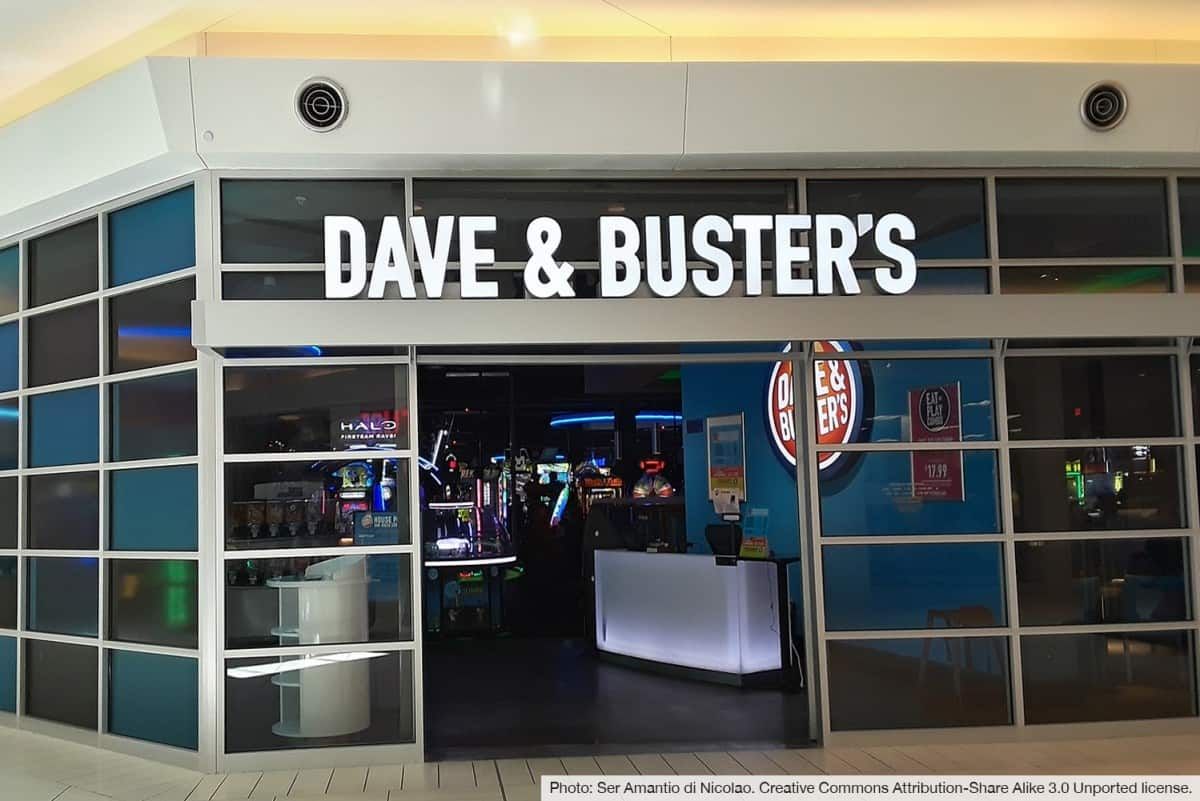 I recently went to Dave and Buster’s with a friend. We just played arcade games and didn’t even try eating, as I assumed there were no good vegan options. But afterward, I got curious and looked into it. As it happens, there are actually some decent options!

Vegan options at Dave and Buster’s:

Below, I’ll share tips on how to order these items vegan. I’ll also share a few menu items that are surprisingly NOT vegan!

This vegan menu was not very easy to put together. And honestly, it may not be complete. Dave and Buster’s doesn’t really cater to vegans, so there’s not a lot of transparency about how to make the dishes vegan-friendly.

The first allergen menu I found for Dave and Buster’s literally showed no vegan options. But as I kept digging, I found there are ways to customize different dishes to make them vegan.

The following options should be available at most, if not all, Dave and Buster’s locations. However, restaurant menus change and vary by location. So you may want to double-check any important details with staff at your local Dave and Buster’s.

The current menu may not show “Fresh Garden Salad” anymore. But you should be able to get a simple salad made vegan in any case. You’re just looking for a basic mix of greens and veggies.

Make sure to emphasize no cheese. You may also want to specify no croutons, if that’s part of their normal recipe.

Choose Balsamic Vinaigrette as the salad dressing. It’s the only vegan option I saw listed in any Dave and Buster’s literature I reviewed.

Dave and Buster’s has a vegan burger! In 2018, they started offering the Impossible Burger. Then in 2019, seemingly due to supply issues with Impossible Foods, they switched to using Lightlife’s similar Plant-Based Burger.

This is a 100% vegan patty, with very similar ingredients to the Beyond Burger. It’s mainly made of pea protein, canola oil, and coconut oil.

Based on the most recent data I could find, the hamburger buns at Dave and Buster’s contain egg. But you can get a lettuce wrap instead, and it’ll be vegan. If you don’t like the idea of a lettuce wrap, ask about the Kid’s Burger Bun. An old allergen menu lists it as egg-free.

Be sure to specify that you want no cheese or other non-vegan spreads or toppings on your burger, too.

You can also request for them to add avocado slices—highly recommended! Especially without the bread bun to help fill you up, extra calories from the avocado are a nice addition.

It’s also an option to substitute the Lightlife vegan patty into any other burger on the Dave and Buster’s menu. I don’t see any other ones that could be easily made vegan, however.

French fries are the classic fall-back option for vegans at restaurants. And Dave and Buster’s does not disappoint. Some locations may also offer tater tots or other potato-based options. But the fries are a dependable option if nothing else.

Warning: As usual with French fries, I have to give a disclaimer that they are likely cooked in a shared fryer with meat or other animal products. If that kind of cross contamination bothers you, then ask staff about the fryer situation at your local Dave and Buster’s.

Now this is a sneaky move. There are no “Chips and Salsa” on the menu at Dave and Buster’s… But since they offer nacho plates, you can ask for plain chips and salsa, and they will almost certainly be willing to give you that.

Keep in mind that you could also get Chips and Guacamole, if you prefer.

You might assume that some of the following items would be vegan, too—but unfortunately, they’re not:

You may be able to custom-order the seasonal veggies or roasted cauliflower to be vegan… I haven’t tried. But just be aware that they come standard with dairy ingredients.

Does Dave and Buster’s Have the Impossible Burger or Beyond Burger?

Dave and Buster’s had the Impossible Burger in 2018-19. Now they have the Lightlife Plant-Based Burger instead. This is a 100% vegan burger with very similar ingredients as the Beyond Burger.

Here are the full ingredients for the Lightlife Plant-Based Burger patty: