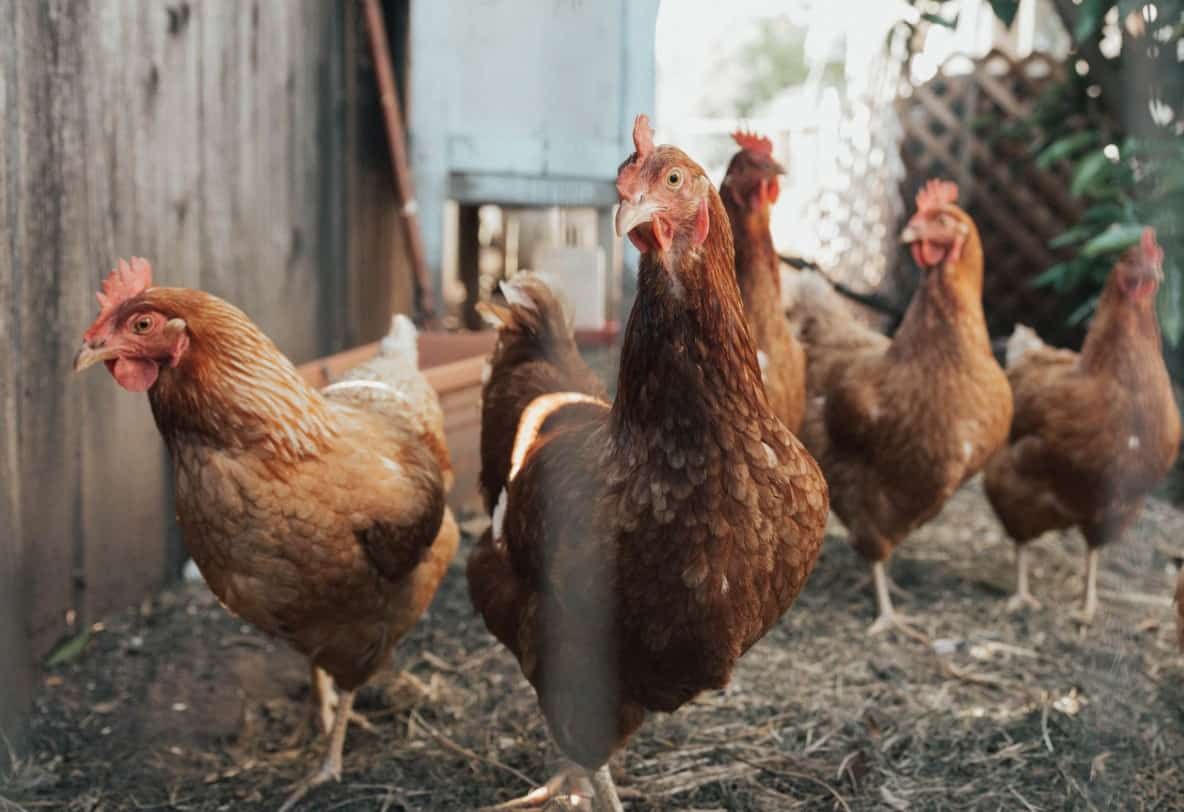 This may seem like an absurd topic, especially for a vegan blog—but here I am. I saw this question pop up online, and I couldn’t resist looking into it more deeply. So… can you milk a chicken?

Chickens cannot be milked, as hens are birds and they do not produce milk. Generally, only mammals produce milk to feed their young. Chicks are raised eating worms, bugs, grain, and other chicken feed rather than mother’s milk.

However… there are a few very interesting facts I need to share with you. First, I have to explain something called “chicken milk” that actually does exist! Then I’ll share some other exceptions to the rule that “birds don’t produce milk.”

Despite the fact that chickens do not lactate, that didn’t stop human beings from creating “chicken milk” ourselves. This product does exist. What is it?

Chicken milk is a product formulated by Dr. Pipop Jirapinyo, a pediatrician in Thailand. It took him ten years to create it. (source)

I’m sure you have a lot of questions at this point, as did I…

How Is Chicken Milk Created?

Chicken milk is made by boiling and grinding chicken breast until it is smooth. Essential nutrients are also added into this ground-up chicken meat. Yum.

In its finished form, chicken milk is thick and yellow-ish. Supposedly, it looks a lot like vanilla-flavored milk. And yes, it actually does get smooth enough that it can function as a drink. Yum again, am I right?

But it’s not your common adults who are drinking this stuff.

Why Was Chicken Milk Created?

This “chicken milk” was created to feed infants who are allergic to milk and other kinds of baby formula.

Even with soy-based and other plant-based formulas available, there are some infants that are allergic to them. Apparently, not many humans are allergic to chicken meat. So… let’s grind it up and make it into milk, eh?

Most authorities agree that breastfeeding is actually healthier for your baby than using formula. So I wonder if this chicken-based formula was really that necessary. But hey, Dr. Pipop is a pediatrician! I’m just an idiot with a vegan blog.

So anyway… Does the chicken milk work well for infants?

I found two studies—real, scientific studies—that tested feeding this chicken-based formula to infants. Why? Some infants are allergic to cow’s milk, which is the base of most infant formulas.

One study compared chicken-based formula to “extensively hydrolyzed casein.” Casein is a milk protein, but by processing it this way, maybe it could be made tolerable to infants with milk allergies?

It turns out, the chicken-based formula was tolerated significantly better than the hydrolyzed casein formula. A win for chicken milk!

The other study looked at infants who had cow’s milk allergies, too. But in this study, the researchers pitted the “chicken-based formula” against soy-based formula. Who won?

This hurts my soul to even acknowledge as a vegan, but… the chicken-based formula actually was better tolerated by the infants than the soy formula. Much fewer had an allergic reaction. Oh dear…

Is feeding chicken milk to infants going to be the wave of the future? I hope not!

Although birds do not lactate, there are kinds of “milk” produced by some birds. One example is called “crop milk.” And it actually comes from a sac in their necks (the crop).

One of the popular examples of bird milk is from pigeons. Both male and female pigeon parents have neck sacs full of crop milk that swell up right before their babies are hatched. (source)

In the first few days of their lives, squabs (baby pigeons) get fed with the crop milk from their parents. Crop milk from birds has been shown to be very nutritious.

Actually, there was a study showing the effect of pigeon milk when fed to baby chickens! Their growth rate increased by 38% with the addition of the pigeon milk.

Greater flamingos also create a kind of milk for their young. Like pigeon milk, it comes from the upper digestive tract—however, it’s not just from the crop.

Compared to pigeon milk, flamingo milk contains more fat, less protein. It makes up the diet of a baby flamingo for about the first two months of life! (source)

Emperor penguins provide a third example of bird milk. Penguins have a dramatic way of tending their eggs and young, which was documented in the documentary March of the Penguins.

With emperor penguins specifically, the male penguins will sometimes create a milk in their esophagus to feed their young while the female penguins are out to sea to feed. (source)

Penguin parents of both sexes will also puke up some fish for their young to eat in those early phases. Mmmm delicious.

So, even though chickens cannot produce milk, this was a worthwhile topic to write a post about, wasn’t it? Even for a vegan blog… Okay, back to practical tips in the next post—I promise!