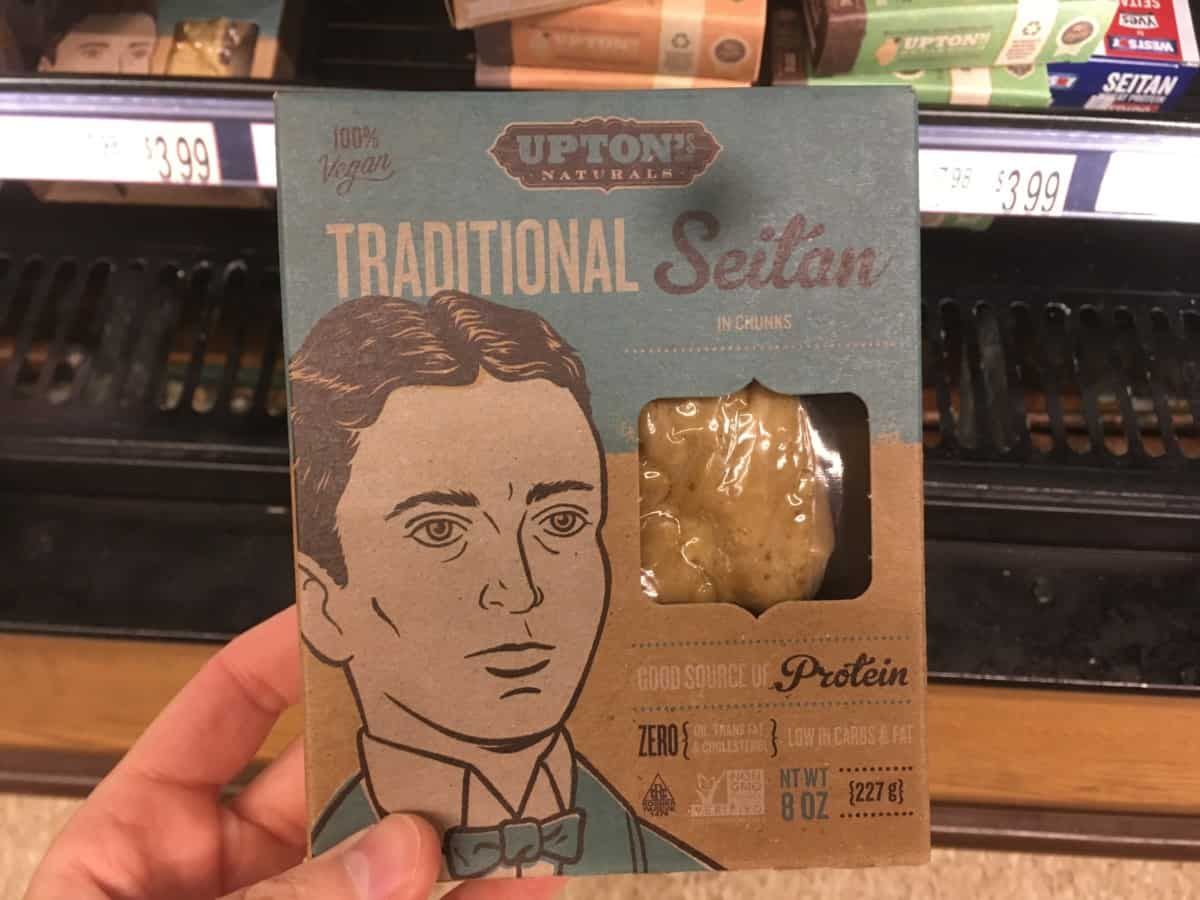 Seitan is a great substitute for meat. Its texture is similar, it’s nutritional profile is even better, and with the right flavoring, it tastes just as good! But you already know that… Now you’re trying to figure out: Can you freeze seitan?

Seitan freezes well. It lasts three to six months when sealed correctly in the freezer. It can be frozen either cooked or uncooked. Freezing alters the texture of seitan, but some people actually prefer the texture after it’s been frozen, as it is a bit chewier.

Below, I’ll cover everything you need to know about how to freeze seitan the right way! I’ll cover homemade seitan, store-bought seitan and more! I’ll also cover how long it lasts in the refrigerator.

How to Freeze Seitan

Another method for freezing seitan would be using a broth. This would be a more suitable option if it’s for little boiled pieces of seitan instead of larger hunks.

In that case, you would freeze seitan more like a soup. Put it in a hard container like a Tupperware that seals tightly.

But does it make a difference if the seitan is homemade, cooked, or uncooked? That’s what we’ll cover next.

Making your own seitan at home is a great option. In fact, even meat-eaters find that it’s easier to prepare than most meat meals due to its simple ingredients.

Seitan is basically just wheat gluten and water. What gives it the unique taste is the additions you can add. You can find amazing seitan recipes online to make it a cinch. Here’s a good video on how to make it:

You might be concerned that homemade seitan would not last that long in the freezer because it doesn’t contain the same preservatives that store-bought seitan does. But this is typically not that big of an issue.

Once you prepare your homemade seitan, you can keep it frozen for up to three months, possibly longer, up to six months. All you need to do is ensure that it’s tightly sealed and kept in the freezer. This works for most homemade seitan recipes.

As for seitan that you purchase from the store, it usually says how long you can freeze it right on the box. In most cases, it’ll say something around two weeks. In reality, however, you can safely freeze seitan for three to six months and it will still be good.

Speaking of buying seitan from a store, I have another post I wrote all about where to buy seitan and how to find it in the store. I went and took pictures of where it is in my local grocery store, and I showed what the packages look like.

Luckily, it’s very simple to freeze cooked seitan as well. First, you’ll need to let the cooked seitan cool down for around fifteen minutes, depending on the room temperature. You just don’t really want it to be hot when you put it in the freezer.

Then, get the seitan portions wrapped and sealed airtight. Now you can simply store them in the freezer.

Uncooked seitan is mainly composed of wheat gluten. That means it is quite possible to freeze, just like cooked seitan.

Simply wrap it up in a plastic or aluminum foil, make sure it’s sealed, and place it in the freezer!

Like most frozen food, seitan will undergo some changes when frozen, compared to fresh. For example, freezing will affect the elasticity of the seitan.

That said, some people actually prefer having their seitan frozen before cooking to make it chewier. If you’ve never tried it, give it a shot!

It’s ultimately up to your personal tastes whether you prefer fresh or frozen seitan.

How Long Will Seitan Last in the Fridge?

What about keeping seitan in the fridge instead of the freezer?

Before refrigerating seitan, you should let it cool down to room temperature if it’s real hot. After that, simply put it in any sealed container and place it in the fridge.

How to Reheat Seitan

So, you’ve had some seitan in the freezer for a few weeks now. And now that you want to enjoy another meal. All you need to do is to go ahead and reheat it. But how exactly do you reheat seitan?

Start by moving your seitan from the freezer to the fridge for an hour or two. After that, you can either put it in the microwave or stir it in a frying pan. Either way, make sure that you add water to the seitan while reheating to avoid drying it out.

Not only is seitan tasty and easy to prepare, but it also comes with some great health benefits.

Perhaps seitan’s biggest benefit compared to meat is that it’s high in protein and low in fat and calories. This makes it an excellent source of protein for vegans.

Seitan is also great for vegetarians and vegans who have soy allergies. Many meat replacements—such as tofu, tempeh, and veggie burgers—contain soy. However, seitan is wheat-based, with no soy.

Seitan is also cholesterol-free and considered heart-healthy. Research by the University of Iowa shows that excessive cholesterol can make it hard for your heart to circulate blood.

Even though seitan is considered “processed food,” it’s not on par with ultra-processed foods. It only becomes unhealthy if you fry it in unhealthy oils and add sugary sauces. But by itself, seitan is quite healthy.

And in addition to all previous benefits, seitan is easy to digest (unless you have a sensitivity to wheat.)

Keep in mind that all these benefits are for pure seitan. But you should always check the content of the package if you’re buying seitan from a store.

Sometimes the sodium levels can be a little high in store-bought seitan. If you’re watching your sodium intake for blood-pressure reasons (or anything else), you may want to consider making homemade seitan that is lower in sodium.